Jay Mohr does the best sports on the air. If you’re a sports fan, and you can get him in your city, tune in.

The first time I saw Mohr was on Saturday Night Live. He did great impersonations (Christopher Walken, Joe Pesci, etc); even though in the book Live from New York, he makes it sound like he wasn’t so successful on that show. 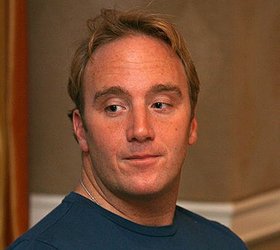 He’s always great in movies – as the slimy agent in Jerry Maguire, the brother to Matt Damon in the disappointing Clint Eastwood movie Hereafter – and most recently in The Incredible Burt Wonderstone, as the magician that always seems to say the wrong things around Steve Carrell in a bar. He was one of the few things that made me laugh in that film.

Bonner played for the Florida Gators from 1999 – 2003, where he one year was an Academic All-American. In his NBA career (he first played for the Raptors), he was once named by Sporting News as one of the smartest athletes in sports.

Well, one of his fans had a smart way to meet the Red Rocket, although that was hardly his intention.

Bonner has always been a fan favorite. That could be because he stands at 6’10” and has red hair. In Toronto he was always seen on the subways and signed autographs for everyone. 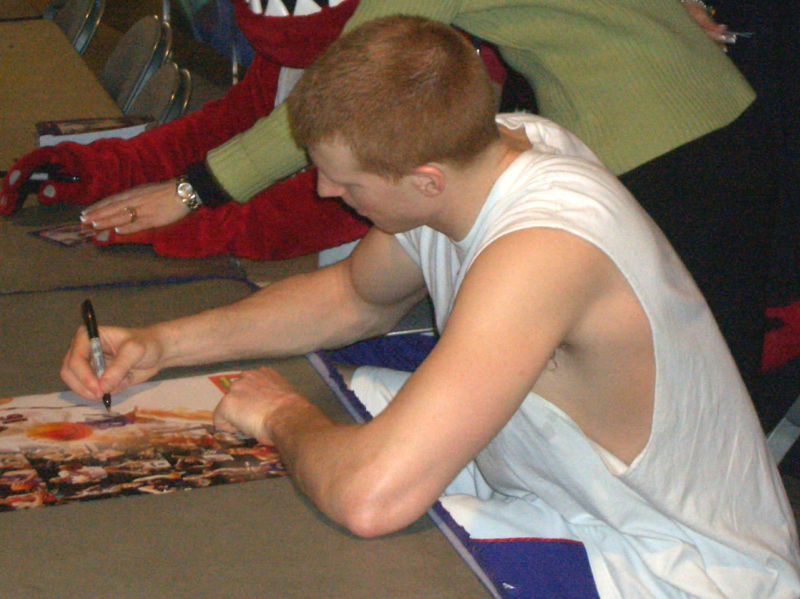 When he once got thrown out of a game after knocking Kevin Garnett down on a rebound, he became even more of a favorite.

The Red Mamba (as Kobe Bryant once called him) was being interviewed on Mohr’s show Friday and they talked about an incident I hadn’t heard about.

A red-haired student at a middle school in San Antonio was suspended for coming to school with Bonner’s likeness shaved into his head. His mom claims he got the school’s permission. The school denies that and said it was a distraction in class. As Mohr pointed out on his show “Why not just let him sit in the back of the class where nobody could see it?”

It wasn’t so bad for the kid, though. As Bonner explained to Mohr, he arranged for tickets for the boy and his family, and did a meet-and-greet with them. Mohr asked if he met the boys barber. Bonner laughed, saying he hadn’t.

Speaking of meet-and-greets, Jay Mohr does them after his stand-up shows, so go catch him. My girlfriend surprised me with tickets for a show in Las Vegas. I didn’t have anything for him to sign, so I didn’t stay to meet him. 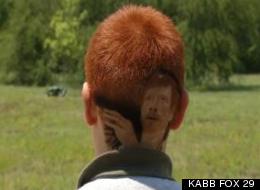 Jay Mohr is amazingly funny in his stand up act, he is also the nastiest comic I have ever seen when he gets on that roll.  I was at the "Laugh Factory" on Sunset one night years back and he was so rank that a bachelorette party of women got up and left.  I was falling off my chair laughing.

I just heard Mohr say on the radio this morning, that he always does the meet-and-greet after the shows, spending a few minutes with each person (this in regards to how he knows nobody wants to hear him talk about golf...hahahha). This guys sports show is the best thing in talk radio history!!