You know what bothered me about the show “American Pickers”? As entertaining as it is, watching them discover all these hidden gems among a trash heap someone has in their barn, they always end up over-paying for items. I suspected this for years, and finally a magazine did an article stating the same thing. It said they would make no money paying the prices they pay for the items they have, since they’re basically buying many of them for what they’re worth. To have a job like that work, you buy something at 20% of it’s value, and sell it for more. Sometimes you refurbish the item to make it look better. But as the magazine pointed out, they’re making money because they have a TV show, not a shop re-selling all this. Well, when I got home last week and my wife told me about the Aerosmith van from 1970, I was intrigued. I’ve seen them a few times in concert. I own a few of their albums. I have an autographed Aerosmith comic book. But I wouldn’t consider myself a hardcore fan. I’m just interested in things like this.

This piece of rock ‘n roll history, where I’m guessing at least 4 groupies had enjoyed the backseat, was discovered in the woods of Massachusetts. For those that don’t know, Aerosmith is from Boston. I was hoping to see the van with that distinct Aerosmith logo, but it had a much more bizarre logo painted on the side. Obviously, this was used years before the band traveled by limo and private planes. 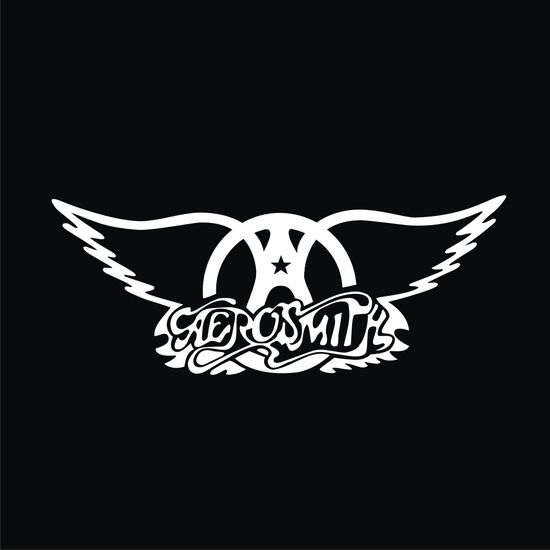 For the car nuts, this is a 1964 International Harvester Metro van. It was abandoned in the ‘70s, and apparently one original member of the band (Ray Tabano) confirmed it was real. I felt bad that I didn’t know who Tabano was. He was only in the group for two years, so...he’s probably living in a van somewhere. Seriously, can you imagine being in a band for a few years, and it’s not until AFTER you leave the group that they become huge?

And as usual, they over-paid for this thing. They spent $25,000 for it. I’m guessing Steven Tyler wouldn’t have spent that much. Perhaps maybe a restaurant like the Hard Rock Cafe, in Boston, would’ve given $5,000 for it. I dunno.

Because the van had been outside for so long, it was in horrible condition. It’s missing a door, the tires are flat, there’s rust all around it, and the carpet was falling from the ceiling. I’m also guessing the battery was dead. The other rock star car, is the last car John Lennon owned. Now, I’ve said before, having that Rolls Royce that Lennon once painted all psychedelic colors, would’ve been groovy as hell. But this car...I just don’t see how it will garner much interest. I mean, would you want to own a mini van that Aretha Franklin once owned? Listen, she’s a legend, but a mini van? Just not a cool vehicle. This isn’t much better. You see, it was the late 70s. Lennon was a lot more low-profile. He wasn’t hanging out at the clubs getting drunk with Harry Nilsson anymore. Even those terrific songs on “Double Fantasy” were a more mature Lennon. In the 70s in NYC, he was often seen riding around in a 1972 Chrysler Town and Country station wagon, that was the lovely color green. On the History Channel’s show “Lost and Found” they said Lennon decided to buy a new car, and they went with a diesel Mercedes-Benz 300 TD Wagon. The vehicle hadn’t been released in the U.S. yet, but when you’re a former Beatle, that’s no problem. John had his assistant send Mercedes-Benz a check for $30,000 (that’s the equivalent of about $90,000 today). They promptly sent one over the pond for him here. It’s the vehicle he had in his apartment parking garage the night he was murdered. It wasn’t sold until six years later, and had changed owners many times since. On September 1st, the Worldwide Auctioneers event in Auburn, Indiana, is going to offer it without a reserve. This regular vehicle might get $25,000, but as Kramer once said on an episode of “Seinfeld”...”Jon Voight owned this car!!!

John Lennon is certainly a bigger deal than Jon Voight.

Now, if Lennon had written on the dash, “Baby you can drive my car”...perhaps than you’d have something.

Well it is always funny how famous pre-owner affect the prices on cars. Most curios is that the more expansive a car gets the less the famous pre-owner affects that price. For example the Volkswagen Rabbit that the former pope used to drive went for over 200.000 US Dollar on the other hand exclusiv exotics like Ferraris etc. that were driven by famous people before often add no value to the price tag  as regular cars. A Bugatti EB110 that Michael Schumacher used to own on the other hand was offered for 600.000 Euro what was a regular price for such a cat at that time. I am sure the 25.000 USD they paid for the Aerosmith truck is a ok investment and I would offer it to Aerosmith as stage deco LOL and 25.000 USD for the Benz is cheap if it was owned by Lennon.

I remember reading that Lennon had a special record player suspended with some sort of spring system so he could listen to vinyl LP's.

Patrick, that's a friggin brilliant point! I hadn't ever thought about that, but you're right.

Eric -- I've heard of a handful of people doing that. Remember when we listened to cassettes in the car?

Oh yes, the bridge/flip between side 1 and 2 on the Floyd Animals 8-track allowed Snowy White to solo!

auburn is not that far from me josh!

Although, I understand why you Posted this, I'm not sure if the Autograph Site is where I come to for news like this. I would watch Pickers or Pawn Stars for things like this. I come here for Autograph stories, studies and not Junk Cars. Otherwise, everyone might start posting things about Junk Cars.

Loved seeing the Aerosmith van (never seen it before).... boy I'll bet that sucka has some stories with it haha

At this point, though...you guys are coming off as d-bags. So seriously....autograph website, let's keep it entertainment related. Otherwise, you just come off as attention seekers.