As a movie critic, I can’t tell you how horrible it is to hear about all these actors and their sexual harassment stories. It’s not the hearing about it that I mind. I hope all women, everywhere, no matter how many years later, tell their tales. Hopefully it’ll get Hollywood royalty to change the way they think.

I had heard stories about Kevin Spacey before, so that didn’t surprise me. It was Dustin Hoffman and Richard Dreyfuss that shocked me. They do great work on screen, and are almost always great with fans that ask for autographs. This morning, I heard about Ben Vereen issuing an apology.

For some reason, if stories like this came up about famous people, I thought it would be more in the music industry and sports. Mostly because those performers often have groupies waiting outside the venues in which they’re performing.

The latest story I heard about an athlete involves a fan at...an autograph signing back in 2015. Minnesota Twins star Miguel Sano is denying he assaulted the female photographer. Betsy Bissen posted her statement on social media a few weeks ago, saying Sano tried dragging her into a bathroom to hook up against her will.

She claims Sano tried kissing her several times and grabbed her wrist for 10 minutes before giving up. TMZ Sports got a statement from Sano, and he said, “I unequivocally deny the allegation made against me today -- it never happened. I have the utmost respect for women, especially those working in professional sports, and I deeply sympathize with anyone who has experienced sexual harassment. There is no place for it in our society.”

I wonder if Panthers quarterback has the same “respect” for women. Remember a few months back when he was condescending towards a female reporter that asked about a specific route ar receiver ran? He giggled saying how weird it is to her a woman talking about running routes, as if women aren’t supposed to be knowledgeable about sports.

And speaking of NFL quarterbacks, grabbing a woman in a bathroom, reminded me a lot of Steelers QB Ben Roethlisberger a few years back. 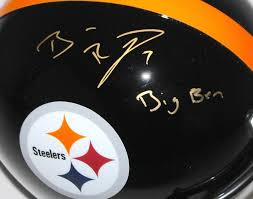 I don't see anything surprising about this.

hollywood sexual harassment has been going on since it first began back b4 christ was born.

It's not going to stop either. Sad but true.

but it's still goood to get it out to the public

Well said everyone misconduct like this makes me sick I wish we could all learn to live together and treat everyone with respect.

Stan Lee is now being accused of groping his nurses at 95!

The Stan Lee thing...I'm not sure I buy. First, why didn't the nurses call police or file a report? Instead, they sold their story. And...he's 95. It could be dementia, and that would explain wacky behavior like that.

it is very sad!

why aren't their anymore stories on here by josh board?

I wonder the same, I miss his stories!!