All of us that have gotten in-person autographs complain about how much harder it’s gotten over the years. With all the eBay people, and folks wanting selfies, it’s really a mess. In the old days, you could bring a few of your albums, get them signed, and sometimes have a great conversation with the musicians. Now they see a stack of albums, and figure you’re going to sell them. And having albums doesn’t show you’re a fan. Anybody can go to an old record store or antique place, and buy old records for a buck a piece. In the old days, I remember having a great conversation with Joe Walsh as he was signing my albums. I told him how much I loved the cover of “Got Any Gum” (a movie theatre at night, with the neon lights reflecting off the rainwater in the street). He told me about how that was the Memphian, the old theatre Elvis used to rent out and invite all his friends in to see a flick. 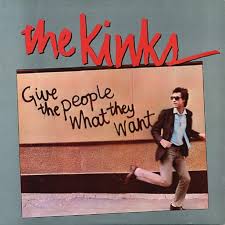 When I had Ray Davies sign a few Kinks albums, I asked if that was him on the cover of “Give the People What They Want.” He said, “Yeah. I was running then, and I’ve been running since.” I was a bit embarrassed when talking to Leslie West of Mountain (Mississippi Queen) about how cool the album cover was and asked what happened to the artist who painted them. Turns out...Gail Collins was the wife of Felix Pappalardi (Young Rascals, Mountain, Cream), and she co-wrote a number of songs (including Cream’s “Strange Brew”). Felix had given her a gun as a gift, and two months later she shot him in the neck, killing him. She got two years in jail (since people believed it was an accident), but ended up dying in Mexico in 2013. This was a few years before her death, and I was told that talking about her is a sore subject. But hey -- her great artwork on that album cover now has original members Leslie West and Corky Laing’s signatures on it. 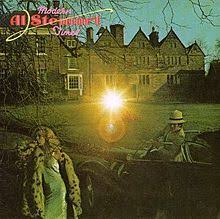 One of the guys who talked a lot about his album covers was Al Stewart (Year of the Cat, Time Passages). He played a show in San Diego, and it was a rather small crowd. Probably around 70 people. He was signing autographs at the merchandise booth, so I bought his new CD and had him sign the only two albums I had. Each album he smiled, and started telling me about it. The car on the cover belonged to Jimmy Page, and the woman was the ex-wife of David Gilmour (Pink Floyd). The smile on his face was great. You wish all artists would be happy you’re asking them to sign their albums, and share stories about making them.

The Doors are my favorite band, and the late Ray Manzarek never seemed all that eager to share stories when I’d get his autograph. The one time he did seem excited was when he was signing my “Strange Days” and I told him how cool the video was that they had made in the ‘90s, where the album cover comes to life. He said, “Yeah, wasn’t that cool?” 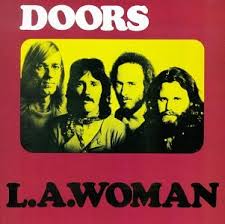 Doors drummer John Densmore was a lot more talkative, and as he signed my LA Woman cover, he told me what he usually does when he signs -- he pulls out the sleeve, and signs that. When you slide the sleeve in, you can see it thru the window on the cover of the record. Unfortunately, I had taken the album out before showing up at the event he was at.

Al Stewart is back in town for a concert tonight, and in a newspaper story in the Union-Tribune about him, he ended with an autograph story that I thought was interesting and something we can all relate to (written by Rob Nikolewski) 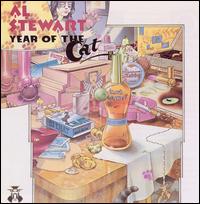 He knew John Lennon before he met Yoko Ono, and knew Yoko Ono before she met John Lennon. Hanging around an art house, Stewart heard that an artist from Japan was looking for people to chip in 100 pounds each to fund an art film she was making. Stewart said, “Tell me about your film” and she said, ‘It’s going to be called ‘Film No. 4’ and it’s going to be 360 naked bottoms, 15 seconds with the camera on each of them. And that’s it.’ So she talked me out of 100 pounds and I duly became one of the co-producers of ‘Film No. 4’ which I think only seven people in the world have seen.”

The then-financially strapped Stewart did get his money back, shortly after Lennon began seeing Ono. “My girlfriend at the time said, ‘We really need that hundred pounds,’ so I wrote Lennon a letter. Six days later I got a check in the mail signed by John Lennon. That created another problem, which was, what do I do with this thing? I’ve got John Lennon’s signature on a check and perhaps if I keep it, it will be worth more in the future. But we actually needed groceries, so I cashed it.”

Great read. I've never tried to obtain an autograph in person. I would think having a chance to engage in a conversation would be far more valuable than some ink on paper.

Most people feel that way, Joe. I'm the opposite. I think we even debated it on this site once. For example...would I rather spend 5 minutes talking to Paul McCartney, with no autograph.....or...have him sign an autograph on an album I love, but not have a single word exchanged between us. I'd take the autograph. For two reasons. One, I love collecting them. Two, what can I possibly say to Sir Paul that is of interest to him? Tell him I love Sgt. Pepper? Ask him something about a concert I saw 18 years ago. What???  Now, having the best of both worlds is the best, but...if between the two, I'd take the signature.

Kenny Rogers said what you said in an interview once. He had gotten sick of autographs so when people approached asking him for one, he'd simply say, "Let me shake your hand, and let's have a brief conversation instead," and he thinks the fan, and he, both liked that exchange more. I can see that.

Since I've never been in a position of being with a celebrity up close I speak from inexperience. Although, I would be just thrilled to in the same room. The autograph would certainly enhance the memory. But, the memory would be priceless.

You should try to find the thread where we had the debate. It's long, but it's a really fascinating read. I think it's about "meet and greets" a blog I did, since many bands now charge like $750, and you DO NOT get an autograph, or an auto isn't promised, and that's how this very debate started. It's interesting to hear everyones takes on it because...again...would could I say to McCartney that would make it memorable? It would be me praising him, with the same compliments he's heard a billion times. Now...if I had an hour to hang out with them...that's a different story...