A few of the late night shows did a comparison between the meet-and-greets that were happening at Avril Lavigne’s concert recently. She was charging $400 for the meet-and-greet, but you couldn’t touch her. That created a series of pictures that were…really funny to look at. Fans were standing two feet from her.

A few days later, there were photos of Rhianna’s meet-and-greet. I’m not sure what she was charging, but one thing for sure. She was getting up close and personal. She’d have her arms around you. She’d let you grab her a**. She’d do wacky photos, if that’s what you wanted. And it really seems that if you’re spending the big bucks for the meet-and-greet, that’s the way a celebrity should be with the fans. 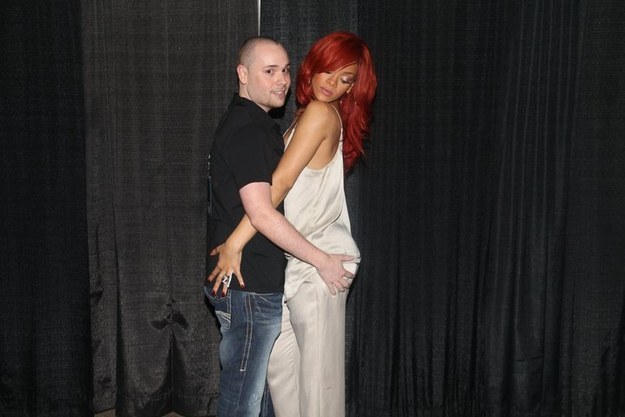 Now, this leads to the autograph collector. Since I worked for five years at a classic rock radio station, I had been backstage many times. This was before meet-and-greets were so common – unless it was put on by the radio station or some other promotion. There was never a price attached to attend them (ah, the good ol’ days!)

The first time I had the opportunity to spend money for one, was to have dinner with Paul McCartney for $5,000. I was on the fence about it. Only 20 people were being allowed to attend. When I called a few days later, they told me only two people had signed up. I was thrilled. There might only be a few of us. I told my friend he was the only Beatle I needed to complete a set, but I still wasn’t comfortable spending that much money. He and I came up with a good plan, though. I’d bring 20 albums. Have him sign those, and sell 10, to help shoulder the cost. Now, selling autographs goes against everything I feel about this hobby, but if it meant I got into an event cheaper, I was considering it. I said, “There’s no way he’s going to sign 20 albums for me.” My friend replied, “There’s no way he’s not going to. You paid five grand to get in! He owes it to you.”

I ended up not going, because I figured the most he’d sign for me was five. Thankfully, I eventually got his signature another way.

Now, fast forward 18 years. I met a guy that DID go to that same dinner. He told me he brought eight items for Sir Paul to sign. McCartney sighed, and signed two. Paul then looked over at a big guy in a suit, who promptly came over and said, “Paul isn’t here to sign a bunch of stuff.”

McCartney said, “I’ll sign one more for you, but that’s it.”

The guy got three items signed for his $5,000 (which went to a vegetarian charity he was promoting). I won’t do the math, but…that’s a lot to spend for 3 items that aren’t worth that much. I was happy I opted not to do it.

My friend is a locksmith, and he was re-keying a concert hall that Bonnie Raitt was playing at. She had turned me down for an autograph years ago, but when she did a benefit my sister was involved in, she helped me snag a signature. Raitt was charging around $500 for a backstage meet-and-greet, that included eating with her. Yet all the money she charged went to charity. That certainly makes it more palatable.

My biggest fear about these M&Gs is that the autograph collector is the most likely to be disappointed. The fans that want the wacky photos for Facebook are set. That’s because most bands are probably willing to sign a few items, but not many more. So you have to decide – is $500 or more – worth one or two items signed, and some photos? Yet the more I hear and read about M&Gs, the more I’m finding out that bands aren’t willing to sign. 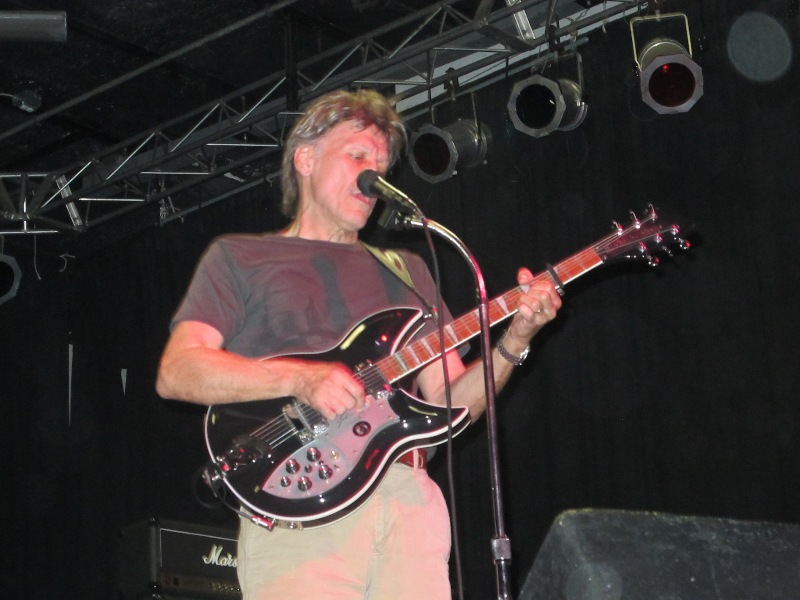 I spent $100 for a meet-and-greet with Steppenwolf, because it’s a band I love, and the money went to an animal rescue charity (and included watching the sound check performance). Singer/songwriter John Kay snapped at me when I slid a third item on the table for him to sign. This is a guy that is legally blind!!! Yet he noticed, after we were all told “two items each,” I had a 3rd thing in there. I’ve been writing the Kiss Kronikles, and a few have talked about how much they charge at the meet-and-greets. Well, I read an interview with former Metallica member Jason Newsted. He said Metallica always wanted them to do M&G’s, because Kiss made so much money. He said that it’s ridiculous to pay to meet Gene Simmons. He wouldn’t have a problem paying a few hundred to meet his favorite players from the 1970s Baltimore Orioles, but not rock stars. He said when you meet them in person, they should always sign autographs, and he’s never charged for an autograph until the website went up. He figures if fans want to order a CD or 8x10 signed on the website, they can pay, but never in person. Now that’s the attitude I want to see.

I’ve talked to a few friends that have paid for the M&Gs for “30 Seconds to Mars,” and they were told no photos. That bothered them.

There was controversy on the Godsmack website, when a fan talked about paying for the VIP package (which included a M&G). It wasn’t until after the purchase was made, that the band put on their Facebook page, “No autographs or photos.”

A woman was furious (and rightly so). She posted, “If they’re going to do this, they should state those rules on the page where we are paying for these tickets.”

Other people later posted that the band usually does sign, but only one item per person, and only if they have time. They will usually take photos, but with their photographer (which is a common practice for bands now). You then go to their website and download it.

I have been hearing horror stories regarding ZZ Top and how they handle M&Gs. This didn’t surprise me, because a stagehand I know, told me that’s the only band that ever refused to sign an autograph for him as he was working on the stage (and he only had one photo he would ask to have signed).

On the ZZ Top website, a man wrote a blog about how he was a big fan and paid $300 for the M&G. He was told by the bands manager that there would be no autographs and no photos. It would be a Q&A with the band, but that only 4 of the 20 people with their hands raised had questions answered. He was furious about spending the money for what was basically a cattle call.

Another woman wrote of a similar experience, saying she paid for this for her husband. It was enough money to feed them for a week, but she wanted to splurge for him. He came back to the hotel room rather upset. He said it was a quick three minutes and he didn’t get to say a word to the band. 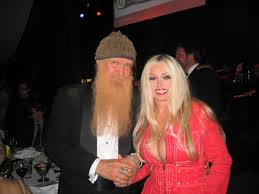 So the conclusion I’ve come to is – do your research before dropping big bucks for the meet-and-greets. You might get an item signed, and a photo – but you might not. If it’s your favorite band or the money goes to charity – go for it. You’ll probably never get the chance again.

I just prefer bands to do what Def Leppard told me in an interview. They said they finally started charging for their autographs. They make everyone pay $5 and they give 100% of that to charity.

That’s affordable for everyone, and some charity gets a nice chunk of change. Sorry Josh but:
"The guy got three items signed for his $5,000 (which went to a vegetarian charity he was promoting). I won’t do the math, but…that’s a lot to spend for 3 items that aren’t worth that much."

I guess that Paul wasnt doing these dinners for autograph collectors and also main point of meet and greets are not in autographs, that´s just peripheral thing.

These "meet and greets" are really getting out of control. I see Don Felder charges 445 dollars. I believe it includes his book and cd but doesnt mention if autographed. You can bring one item to get signed but no guitars or picks and what really annoys me No EAGLES items! A friend went to a Heart meet and greet and said the ladies were great.

Kellie Pickler who placed 6th in 2006 on American Idol recently had a concert and my friends got her to sign autographs about 4 hours before her show and she was doing a meet and greet about 2 hrs before her show and was charging 100.00 to meet her and I was told she was only taking pictures and no autographs were allowed. I decided to take my chances and stand out by the tour buses and needless to say I came away empty handed no autographs and no photos but I am not spending that kind of cash for a photo. Many of the meet and greets are starting to have the stipulation of one personal item signed per person. Many artists are aware of Ebay and people making money off them. The hobby is becoming a lot tougher than a few years ago.

Comment by Micko on May 13, 2014 at 1:46pm
I know Rush have a no autograph policy at their meet and greets, but they are up front about it and you get a great photo with Geddy and Alex and a quick chat. I personally believe that to get one item signed would be great as I am an autograph collector, but that's not to be sometimes.

With all the bull that these people dont want to sign autographs because they will be sold, I find it ridiculous that they wouldnt sign just ONE thing for a poor sap (sorry poor fan) who paid a couple hundred bucks to be close to them for a minute! Alright my blood pressure is up. Personally I would never expect any celeb to sign more than 2 things so it does work two ways.

Paul McCartney then, has a lot of nerve. He is usually good about signing. He has people line everybody up, they say "one item per person" and he knows the regular autograph dealers and STILL signs for them. When you pay to meet them, it's not hard to sign multiple items. If you're worried about them being sold, you simply say "Who do I make this out for?" The true fan will say "To Josh" and they get signed, and not sold. And once you make people PAY for the M&G, then you look like a complete tool to NOT sign items for these fans.

Josh Board:
Honestly - I think that true fan would be satisfied after getting one or two things signed - and yes even more happier because of dedication.... That autograph is just reminder of that main thing - your opportunity to meet and chat with your hero, nothing less, nothing more.