Tom Seaver -- His Health and His Hatred of Me

Tom Seaver yelled at me. I don’t hold it against him though. I thought about that when I read a story about how he wasn’t going to make public appearances anymore, but just spend time on his vineyard in California.

He’s 74, and his family has asked for privacy for the 3 time Cy Young winner. Seaver struck out almost 4,000 batters and had a lifetime ERA of 2.86, which is incredible. He was the Rookie of the Year, made 12 All-Star Games, and was part of the Miracle Mets 1969 championship season. The news of his deteriorating health came out when the Mets were planning an anniversary of that ‘69 team (Seaver won 25 games that year and almost won the MVP award).

A former teammate (Art Shamsky) had said in his book “After the Miracle” that Seaver was dealing with memory loss, and that it was traced to Lyme Disease, which he contracted in the early ‘90s.

I’ll certainly never forget the time he yelled at me. It was a weird day. A baseball art exhibition opened in San Diego. It had some interesting pieces, and some rather bizarre ones (there was one showing a painting of a guy playing in the nude). 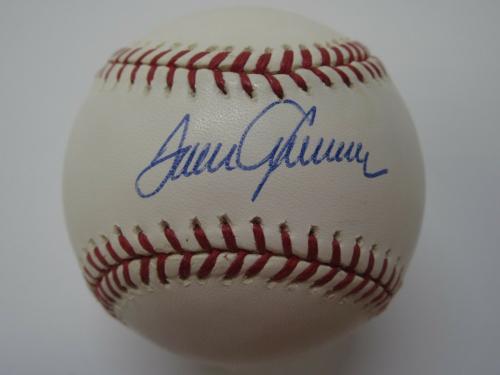 Seaver went to one of the local colleges to give a speech from the pitcher’s mound. My childhood friend, and pitcher on the high school baseball team, was obsessed with Seaver. It was his favorite player. Tom Terrific agreed to pitch to 10 lucky fans, so everyone put their name in a hat. My friend ran around, begging the 100 people in the crowd, to give him their slips of paper, and he ended up putting his name into the hat about 18 times. And as luck would have it, he got picked. He was the 3rd batter up. After witnessing Seaver toss lobs to the people that were hitting, he said, “I want you to give me your hardest pitch. I don’t want easy stuff like you gave them.”

The look that overcame Seaver’s face. He looked furious. Watching him crouch into it, I thought this was going to be ugly.

It was 29 years ago, but Seaver was still retired at that point, and was around 45-years-old. But he put some heat on it, and gave my friend three pitches. He made contact on the third, hitting a foul tip, but looked rather foolish on the first two. He still considers that one of the best moments of his life.

Anyway, Seaver wasn’t signing autographs at the field that day, but at the art gallery that night, I brought another friend of mine that loves collecting baseball autographs (my favorite story of his baseball collection, is ordering a signed check from a Hall of Fame player, and accidentally ripping it in half as he opened the envelope it came in). Anyway, since I was press, I did an interview with Seaver. He was...uh...not in the best mood. He was short with his answers. He snapped at me about things I asked. The only thing that seemed to make him happy was seeing baseball players showing up to attend. Fred Lynn was there, and a few other Padres players. After 10 minutes, he said he was done talking to me. I asked if he’d sign my baseball card. He sighed, looked away, but grabbed it and signed it. The unfortunate thing for me was, I had a blue ballpoint pen. You can barely see his name on the card. My friend brought a black Sharpie, and the signature he got on his baseball card, looked amazing.

All that being said...I’ve heard he’s a tough signer, so I should be happy with what I got.

Hopefully he’s enjoying the last few years of his life.

Your story sounds like him. I wonder what he's like to those who patronize his wine company. I do hope he and his family can find some peace during these final years.

At least he gave a pretty fancy autograph despite not really being into the signings. And he wasn't totally nasty or standoffish like some of the other guys who dislike signing. He had a habit of making a fan give information for him to give an inscription. Like if a fan asked for HOF, he would need them to give the year. I'm sure he did it hoping they wouldn't know and he could argue his point but at least it's a little conversation with the fan which again, you won't get with some of the guys who dislike signings.

I'm glad your friend got to get the pitch. Who was the Hall of Famer who had a signed check? Was it Gaylord Perry? At one point he was selling personal checks for $5 and then $10 which I thought was a steal. Oddly enough, I could only get $10 for them on ebay when I tried to resell. I'm fascinated with signed checks because I think they are really special but usually don't sell very well, especially for HOFers sign very freely.

The check was signed by some HoFer that I had never heard of. An old timer of some kind. He used scotch tape to put the thing back together, lol.

Oh, and there's a Tom Seaver story in the paper this morning. Apparently, Tom Brady tried to trademark the "Tom Terrific" nickname. Crazy.

he was a great signer TTM in his playing days.  Got him several times.

on a side not I guess not him but the 69 mets team don't have all the players names involved are doing a tour meet and greet q and a. my friend just signed them up

I own three Seaver autos! Got one in person. 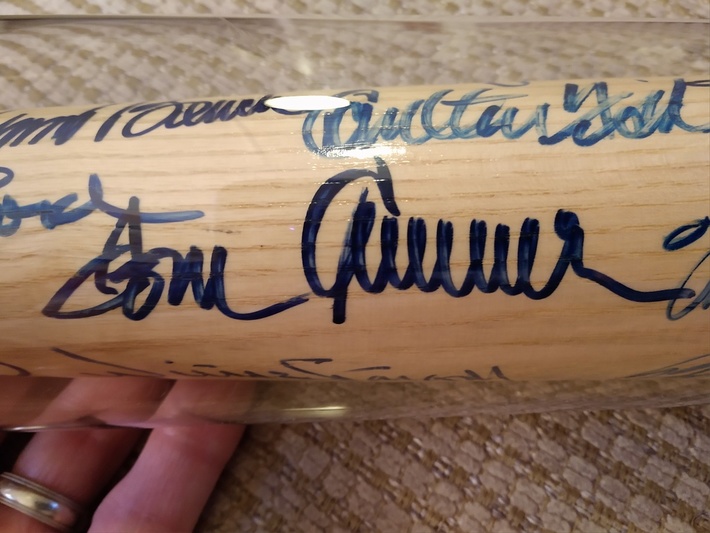 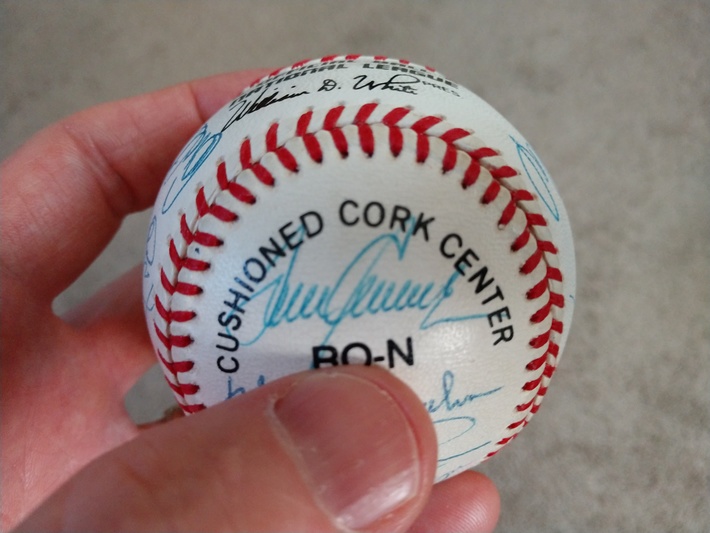 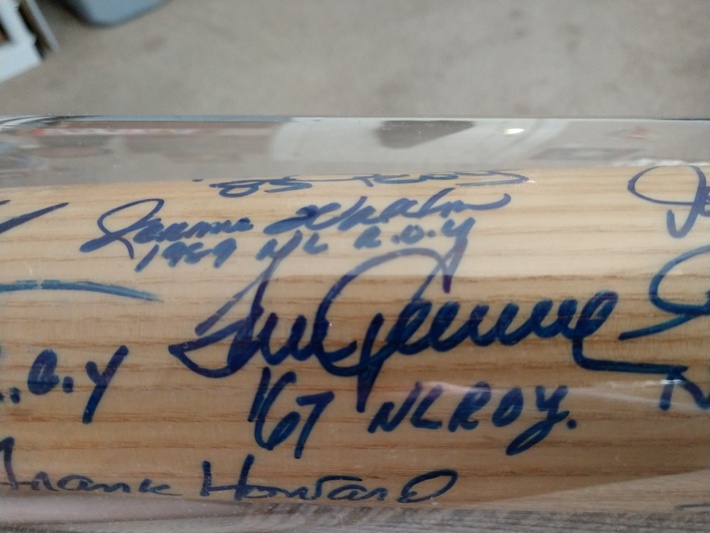