For the longest time, Wilt Chamberlain was my favorite basketball player. That’s because as a kid, the Lakers were my favorite team. Once they drafted Magic Johnson, he quickly became my favorite player.

I was lucky enough to get Chamberlain’s autograph when I sent him a letter after reading his autobiography. Magic was a lot tougher. I tried numerous times, but it wasn’t until I went to a book signing in L.A. in my late teens, that I finally got Magic. Unfortunately, it was in a kids book he wrote. He refused to sign my Sports Illustrated or basketball card (but he signed other items for my friend), and my car was towed and had a parking ticket on it. Not counting the tank of gas, and the price of the book...it cost me $250 to get my favorite players signature. That should’ve been enough to make Wilt go back to being my favorite.

Anyway, at one of my jobs, they hired a really friendly woman who told lots of great stories. What I liked more about her, was she was always bringing in cakes. No, not stale donuts, but cakes. Sometimes she made them, sometimes she bought them. Well, one day she brought in her new husband. He was a bit older than her, but looked great for his age. Since he had a Lakers cap on, we started talking hoops. He talked about seeing those early ‘70s Lakers teams playing when he was a kid. Hall of Famers like Elgin Baylor and Jerry West. He said, “One time, as Wilt was walking off the court, I asked for his autograph. As he was signing my program, he took the headband off and asked me if I wanted it. I was thrilled.” 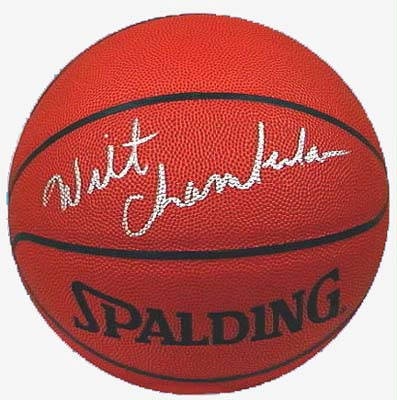 I was even more thrilled, knowing that I’d easily be able to talk this guy into selling it to me. And I was right. The only problem was...he couldn’t find it. Now, somebody might ask why I would want a sweaty (well, it’s probably dry by now), headband. First, he’s one of my favorite players. Second, he had these unique headbands made. Three, what better thing to frame with my Chamberlain autograph?!

I thought about that when I heard about another weird item that keeps coming up for sale. It involves Stephen Curry, the best outside shooter in NBA history. You often see him in games with the mouthguard sticking out of his mouth (especially during free throws). Apparently, after games, he just tosses them on the ground. The fans nearby were scooping them up, which of course meant….many ended up for sale. 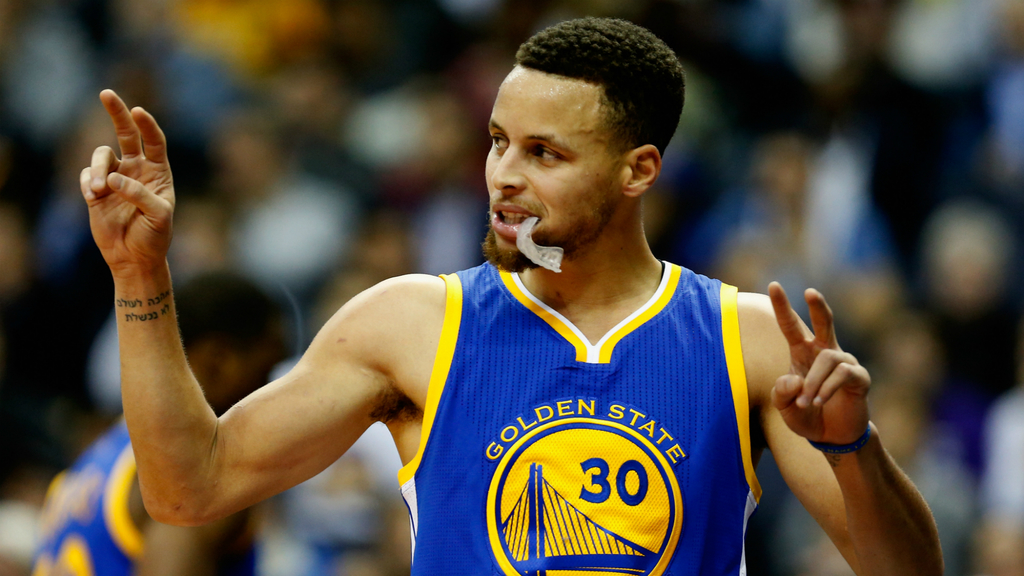 Back in August, the SCP Auctions of California, one sold for just over $3,000. They’re predicting $25,000 for another one that was spit out during the NBA championship series. Just think how much it would go for if they had won!

You might think that is a little pricey, but it did come with a carrying case that had his name on it (that was sarcasm). Now, while doing a little research for this blog, I saw that a headband of Chamberlain did sell once at an auction for $4,141. Hopefully my co-workers husband doesn’t see that. Although, it does make me wonder...how is that authenticated? Are they having DNA experts look at the sweat stains?

Comment by AnakinAutos on February 23, 2017 at 8:15pm
Game worn items are worth a lot more than signed items

I don't doubt that (to most) that's the case, but....how do you ever really prove that with certain items?

I mean, I'd much rather have an 8 x 10 signed by Magic Johnson, then a pair of socks he wore in a game. Wouldn't you?

Comment by AnakinAutos on February 24, 2017 at 6:38pm
No I would rather have something used
Game worn items are worth a lot more than just a signed item, especially the big names.

There are certain give always for certain players that you can determine if they wore it or not, also photomatching

Comment by AnakinAutos on February 24, 2017 at 6:39pm
In saying that - there are a lot of items that are fake that people say players used

A headband would be a tough one to prove