I decided not to write a big piece on that, because I did the story when he had the Hitler desk. Unless somebody has his mustache or ball, I’m burned out on Hitler memorabilia for sale.

I thought of a much more light-hearted and fun topic. 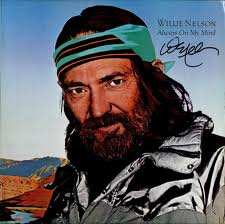 Willie Nelson is coming to San Diego, and he’s a great autograph signer. Yet sometimes the fans can make it a bit more difficult for these stars to be friendly with them. You see, last week when he was in Las Vegas for a show, he was doing a meet-and-greet with members of the audience afterwards. One of those fans stole a stuffed armadillo that Nelson uses as an on-stage mascot (insert joke here on what the armadillo is stuffed with).

The road crew called the Westin resort, asking if they could check surveillance footage to see what happened. Luckily for everyone, a man drove up and handed a shoebox to the hotel and apologized. The animal was immediately sent to California, and will be here for the San Diego show but…things like this can’t be good for autograph collectors.

I have a friend (Hi David), that was front row at a Metallica show, and his buddy ripped a necklace right off singer James Hetfield’s neck. Turns out it had some sentimental value to him and he made a plea for it back (David persuaded him to return it, which he did). 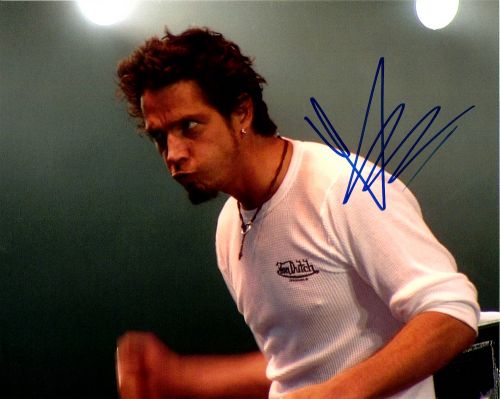 The one item I have from a rock star is a cool silver, handcrafted bracelet a fan gave to Chris Cornell (Soundgarden). I was backstage at Jimmy Kimmel Live, and he left it in his dressing room, after wearing it onstage. Somebody with the band asked me if I wanted it (after I had Cornell sign a few CDs). I gladly accepted.

I also had Kimmel sign a DVD, but didn’t bother to get Bryan Cranston (Breaking Bad) or The Rock, although I did have a blast hanging out with them backstage. All of this made me want to include a story I heard on 640 KFI AM out of Los Angeles. Mark Thompson does an afternoon show, and was covering a story about a house that got thrashed during a party. This reminded him of a story he shared that I found amusing. He had gotten some job in the media which let to an invite to a party. It was after a Los Angeles Kings game, and the person throwing the party was doing it at Wayne Gretzky’s house. Now, Gretzky wasn’t there, and this was a cousin of his. Thompson thought it would be cool to check out the place and he said it was. There were various trophies, awards, signed pictures and ice skates, as well as autographed pucks – from various times in the “great ones” career. Thompson said as he was looking in each room, he saw a huge crowd of about 100 people showing up. They stormed into the house and he thought…I better get out of here. There are so many people, this house is going to get trashed and things are going to be stolen. I don’t want to be here when that happens.

So the next time a celebrity doesn’t stop to sign an autograph, perhaps it’s not just because they’re a jerk. They may have had their house trashed, or an item stolen. It ends up making them just think we’re all part of the problem.

Nice story Josh. Interesting fact about Armadillos. Some naturally carry Leprosy. Its one of the things you have to watch out if you are a taxidermist dealing with one. The mounted ones are really cool looking though. You can get them on ebay pretty regularly. Most people have made them into novelty mounts now though, with them drinking a beer on there backs. lol 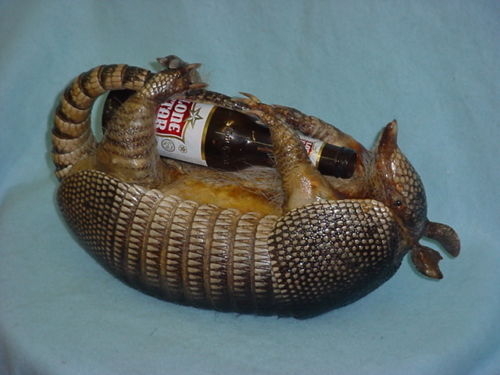 Strictly for monetary gain I would prefer to have Hitlers uniform. Not that I am pro nazi or anything hahah but I would just rather sell and make sh i t loads of money on the uniform vs the dillo