What do Autographs and Stocks Have in Common?

I remember the first article I ever read about autographs was when I was 11-years-old (I’m in my mid-40s now). It was pages and pages, all about sports signatures. I read about Ty Cobb signing in green ink. Lots of good stories on Babe Ruth.

There was one story about NFL players. It said that of all the athletes, they get asked for autographs the least often. They speculated that was because they wore helmets and were harder to recognize, without a jersey that had a last name on the back above their number. One story was about Hall of Fame running back Earl Campbell. I was lucky enough when I was in radio to interview him (he was doing press in regards to panic attacks). Of course I had him autograph a couple football cards for me after the interview! The story said he was the #1 pick in the draft, and when leaving a building that had baseball all-stars doing an event, all the autograph seekers just let him walk by, not having a clue as to who he was.

I thought about football players and autographs with two recent things that popped up in the news. In one story, it talked about how another Hall of Fame running back – Barry Sanders of the Detroit Lions – tweeted about the things he has signed that were artifacts sold from the Silverdome. He wrote, “FYI – I am not signing urinals.”

The other story didn’t have to do with autographs, but I thought of a way that in the future, it might.

It was about how one of the best tight ends in football – Vernon Davis of the 49ers – will be paid $4 million by a company called Fantex. This is in exchange for 10% of his future earnings, and help with branding.

Now, I remember about 15 years ago, singer David Bowie signed some wacky deal that gave him close to $50 million. He wanted millions to buy back the rights to some of his songs a previous manager had, and he sold what was called the “Bowie Bond” which gave investors shares to the royalties to over 275 songs over 10 years. Yet with falling record sales, the bonds basically became junk.

Anyway…the deal with Vernon Davis has a lot of flaws.

Fantex was an idea Buck French (which sounds like a porno name) had a few years ago. And he feels that instead of a player being traded to another team, he can be traded like a stock. Of course, initial public offering needs approval from the Securities and Exchange Commission. Even if that’s approved – it seems like a risky investment. Remember the tight end from the Patriots that murdered (allegedly) a few people? Remember the NFL player that killed dogs? What about the hundreds that have been in barroom brawls, or had illegitimate kids? There’s currently a stud running back (Ray Rice) that is being charged with beating a woman (video shows him carrying her knocked out body into a hallway).

Yet I’m sure Buck French is a smart dude. There are probably clauses for behavior. There needs to be with athletes. Fantex paid $4 mil, but get 10% of his future earnings. That wouldn’t be bad, if he hadn’t already been in the league for 8 years. The deal also includes future earnings, which could come if he’s a broadcaster (easily the most common profession for the bigger name athletes). Yet it doesn’t include money he makes unrelated to sports. This makes me wonder about future autograph signing shows.

Anyway, Fantex is going to sell 421,100 shares of stock at $10 apiece. They’re hoping to make money that way, but I have no clue what a person thinks that stock will end up being worth. I do know that…it’s the perfect gift for that 49ers fan that you were merely going to give a framed, autographed 8x10 of Davis. You could put the stock in there with it.

Surely this will add some excitement to the fantasy football crowd (which I’m not ashamed to say, I’m a part of). We get excited when our tight ends score touchdowns, or have 100 yard games. Imagine having him as your TE, and not only is it valuable to your fantasy team, but to your stock portfolio!

Fantex is focusing on players in the lower-income bracket. They’re hoping to land quarterback EJ Manuel of the Bills, and Texans running back Arian Foster.

Now, Davis has a contract that is up in 2015. If he’s still productive, that could mean a big payday for him (and Fantex); yet football is one of the few sports that doesn’t guarantee your money if you’re injured.

I have no clue what happens if Niners quarterback Colin Kaepernick throws the ball to Davis a lot during the season, and he gets close to 2,000 yards receiving and 20 TDs; and we later find out Kaepernick owned a thousand shares of the stock. Would that be considered some form of insider trading?? 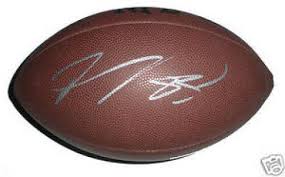