Just acquired a large collection of Apollo 11 items from the estate of George E. Moeller, Associate Administrator of the NASA Office of Manned Space Flight.

Here is a look at one complete mint condition crew signed set. 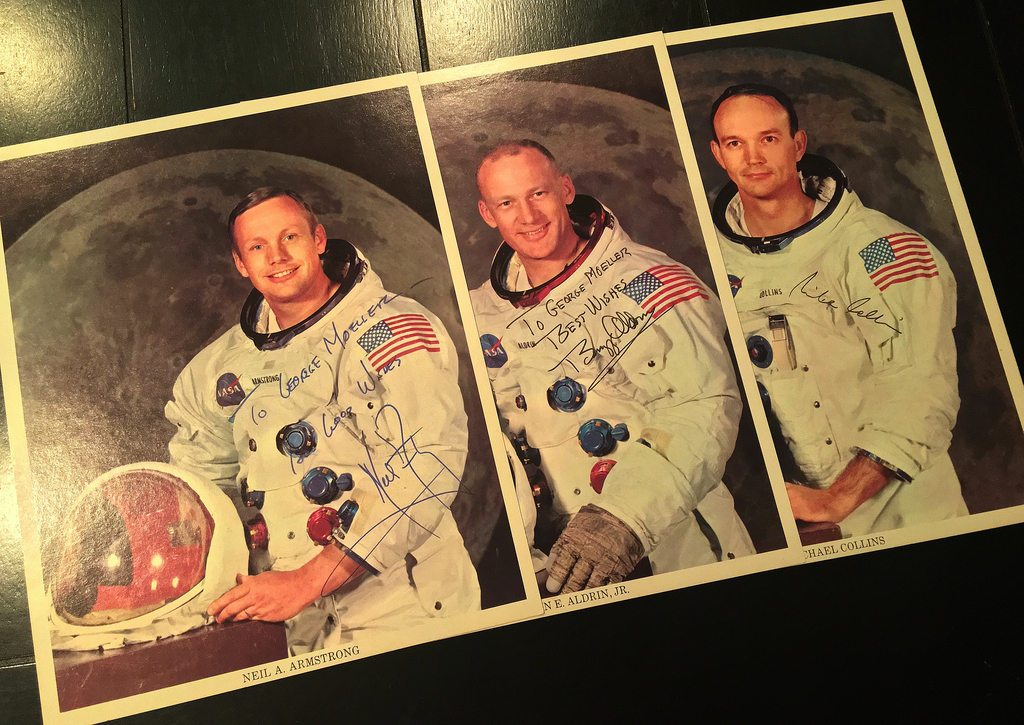 I know they're worth more than what I paid for them, but nonetheless it wasn't inexpensive.

Either I'm not thinking of the right guy or the guy you're talking about is widely (read: entirely) credited as being named Mueller. I've never heard his name as "Moeller" (and have, in fact, read legal documentation attesting to "Mueller" as his legal name).

But there, clear as day, are not just 1, but 2, pictures inscribed with an O, rather than a U.

It's puzzling, no doubt, Mike. Let me add one more to the discussion. Also, the wikipedia which cites his name in at least several places as "Moeller". 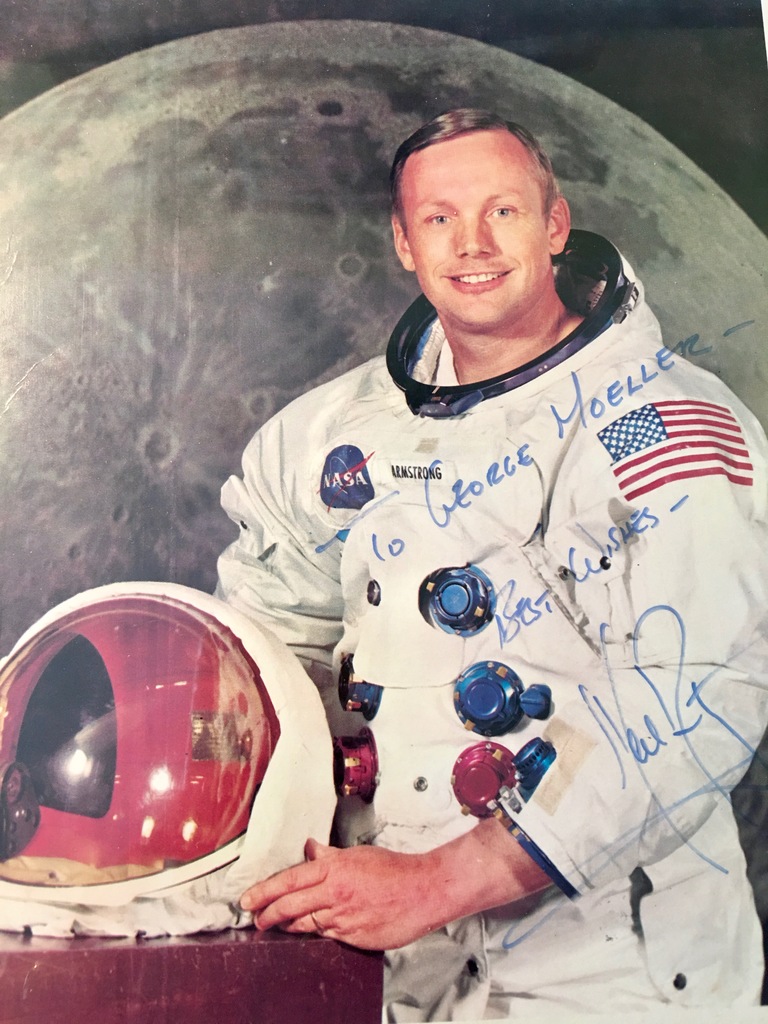 ...and this (not mine), also to "Moeller", which recently sold at auction. 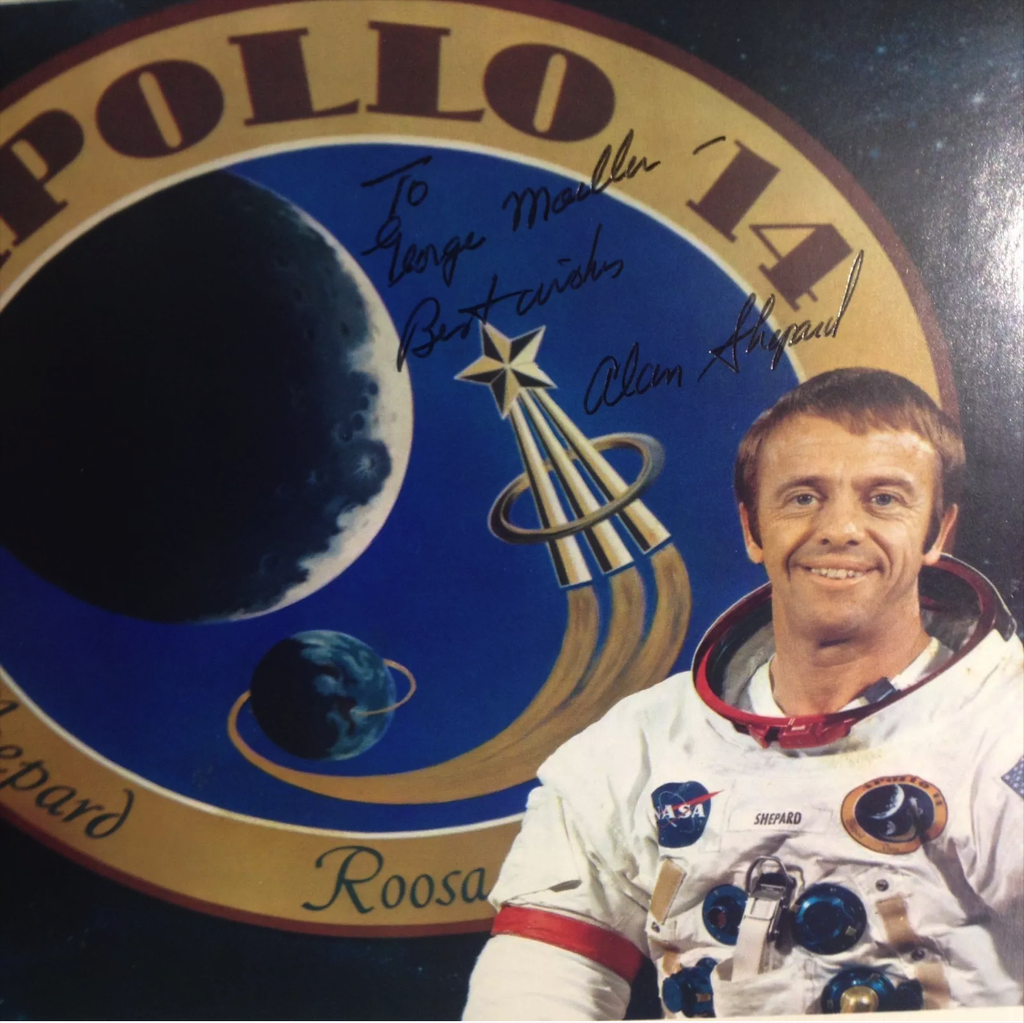 Just to be clear, I don't doubt you or your pieces.

I'm just a bit confused that his colleagues don't appear to know how to spell his name.

My thought was that the Astronaut Office typed up a list of names for "courtesy" autographs and misspelled it in doing so. A ring finger instead of the index finger and that's where you'd end up.

That said, I'd also assumed that they'd make a point to not make such a mistake with men of Dr. Mueller's influence & impact.

My next thought was that it may have been one of those situations where it got lost in translation & nobody was necessarily clear on how to spell it. But he was born domestically to two American parents, so the odds seem unlikely.

In thinking about this today, I do vaguely recall this coming up before in some forum, but I also recall dismissing it as a less than educated fan (similar to how people have taken to adding a "t" to Gene Kranz's last name). Imagining a Neil Armstrong dedicated to "Eugene F. Krantz" essentially sums up my confusion in what I'm looking at here.

I'm inclined to lean towards "a slip of a finger from an overworked secretary" but I don't know. Obviously Dr. Mueller passed away a little over a year ago or so, so it's not like we can just ask him what's up with this.

I do apologize if I came off as though my issue was with your or your pieces rather than the situation though. I was a bit tired and in a rush, so I wasn't necessarily as clear as I would've preferred.