For a long time, collectors have been warned about the potential for Arnold Schwarzenegger's TTM signatures being secretarial, especially due to the fact that there seemed to be no short supply of them in the 90s. These signatures are VERY close to the real ones, and they can be tough to spot without regular familiarity with Arnold's signature.

Please feel free to let me know if you agree with my opinions, and if there is any other important information that should be included.

There is also a "riddle of steel" to solve at the bottom, concerning official autograph cards. Please comment and help out!

If you were to trace a line under these signatures, you'd end up with a very squiggly line. The letters, especially in the "nol" and "hwarzene" do not touch on the same invisible horizontal line under the signature.

These signatures usually have an upward slant to them, and are usually signed straight across the bottom of something.

The letters in these signatures "stand upright".

These letters tend to be very "loopy", with no definition of different letters. It is more of a continuous squiggly line.

The "C" and the start of the "H" tend to bow away from each other.

This letter is usually very rounded and small, with the second dip of the w very much like the first dip.

These letters are usually formed loosely, and they all aren't running in the same angle/direction.

To ensure the accuracy of this study, I tried to include only "official" verified hand-signed signatures. The first is from a fine art print signed for Sideshow Collectibles in 2005. The next are various in-person signatures from Arnold's book tour in 2012. The final is from Arnold's exclusive signing with Easton Press for a special edition of his book.

These signatures usually have a rightward slant to them, with about a 15 degree pitch to the signature, in comparison to the upright letters found in the secretarial signatures. Arnold tends to have an overall upward slant to his signatures. Unless he has to sign on a straight line (such as the lines provided on the official signed books), his signature tends to  have an overall upwards drift. This can even be seen on the line provided on the Easton Press COA. His signed books without a signature line tend to have an upward drift to them as well.

While some of these letters can occasionally have a loopy characteristic to them, the letters are more defined as three individual letters.

The "W" tends to be larger and more defined on an authentic signature. It is not as rounded, and oftentimes the first dip in the "W" is larger than the second dip.

These letters are usually tightly defined, and they are usually running in very similar angle/direction.

Thanks.  Posted in an auto FB group and everyone said it was horrible.  Curious why you think it’s good?   While it doesn’t really have the characteristics of a secretarial, it also doesn’t really match any certed examples of his I could find.

The only slight difference is the "S" and "c" connection which, he is known to sometimes not connect the two and sometimes the bottom of the "S" doesn't flatten out (he seems to do this more often in recent years though)

All other traits like the "Ar" and "gger" are all consistent with his other autos.

Also, if you're gonna put a fake auto on something, why a weird Ohio envelop? Makes zero sense for a forgery to be on that.

Thank you!  I’ll provide an update as this is going o Tito PSA next month. 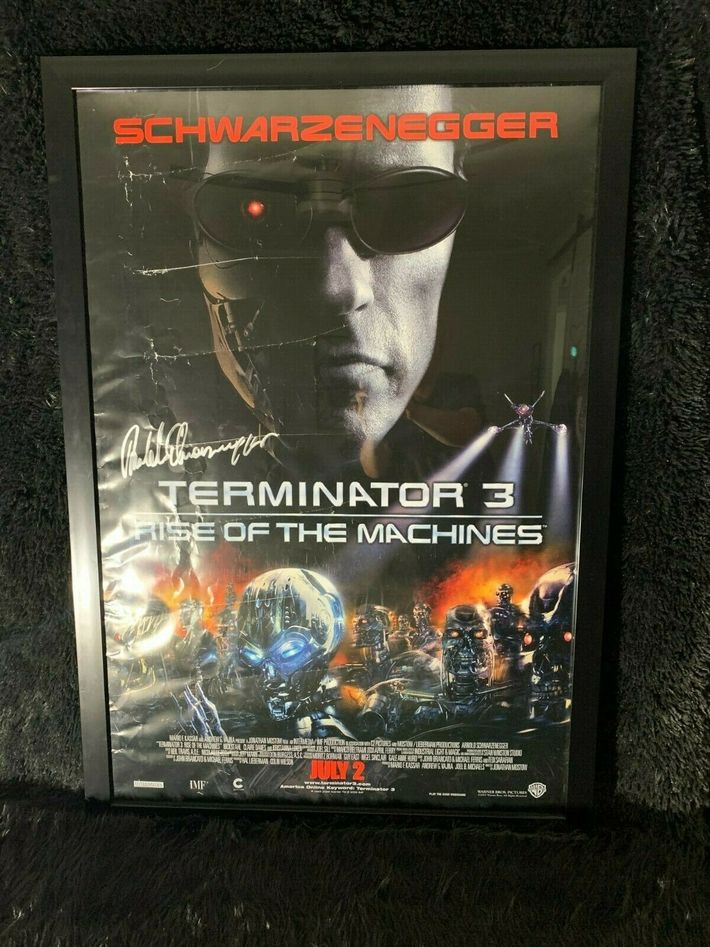 Any thoughts on this particular item. It seems to have some characteristics of Arnold's authentic signature style but I'm not overly familiar with his early 2000's signature style. Thank you to all who take the time!