It's been some years since I've posted, although I have lurked .. it's time to sell off some of my collection, so, I'm going to be soliciting some opinions .. my second signature is Audrey Hepburn .. any and all comments greatly appreciated .. 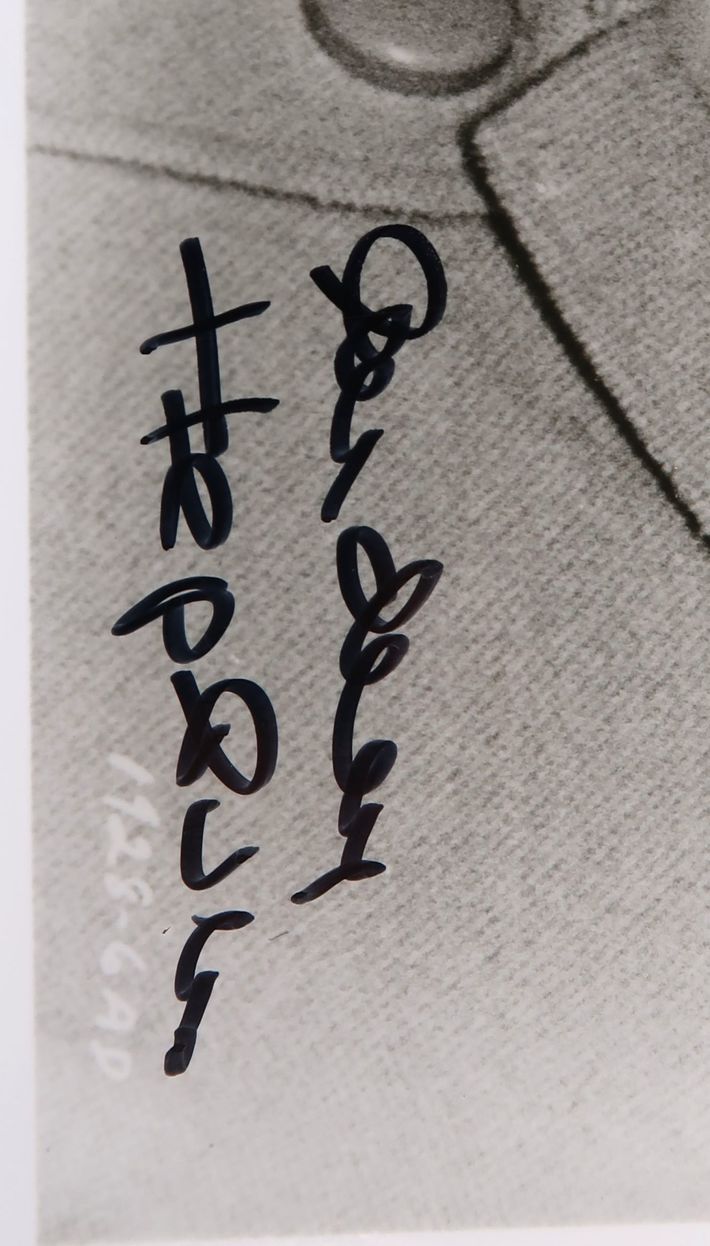 I submitted to Beckett on-line for signature review .. they responded that it would likely not pass authentication .. now, I'm sad ..

I think it's likely genuine. Beckett makes mistakes from time to time. Don't put too much weight on a quick opinion.

Are there any other on-line quick evaluation sites .. ?? I hate to submit it and be denied .. I had read on here that, and I can't remember his name, a guy was now working for Beckett that was formerly with JSA or PSA and he was purportedly an excellent evaluator ..

Here's my Bickett experience. I had an autograph which Bickett said "likely to pass authentication" recently so I submitted it and it came back as "not genuine". So there are no guarantees either way. Sometimes a person can't win for losing!

I did a good amount of on-line comparison of her late 1980's, early 1990's signatures as well as posting it here .. I was absolutely convinced it was the real deal .. like many, her signature had changed over the years yet exemplars from that era all pointed to real as well as your thoughts ..

I've sent signatures in before to various authenticators .. most notably was a Chris Farley
Almost Heroes movie poster that he signed for me in person .. the submission was not cheap .. yet it was returned stating "Posthumous Movie release" .. yet, the poster had been printed prior to his untimely death ..

Honestly I think you should ignore the Beckett quick opinion, joe is right about the quick opinions and Joe and Eric are really good with Audrey. I've studied Audrey Hepburn Signatures myself and I would say that is likely Authentic too. I maybe wrong but the signature has good quality to it.

Jake - what's your opinion of this one? Hey there, I will be honest. I can't say for sure if its 100% real or not. The P seems to large to examples I have seen/experienced. And the D and P looks a little off. But I will say I maybe very wrong. I recommend you ask Eric and Joe on here. As I said earlier, they are good.

As compared to my piece, and my study, I would say this would be an earlier example, mine was obtained in the late 1980's / early 1990's

There are substantial differences between mine and yours ..

I think you have a point. Most of my studying of audrey, Have been the later autographs. Her earlier are really different from the few I've seen.

Have you got any earlier examples that I could download and save to my files and study please, I would appreciate that

I actually found an old thread that was helpful ::