I was reading around a few days ago and noticed a blog where the name Joe Long was mentioned. I wasn't familiar with it at all, and so started to do a little research and found that the story surrounding the man was fairly interesting.

I have found this very interesting and would like to know more if possible. Was Long only selling forgeries, or did he forge himself?? Was Long in business with anyone else??  Did Long sell other forged autographs besides the Bealtes??  What were some of the clues that a piece was sold by Joe Long? What story did Long give when he was caught??  Did he face any legal actions??? Does he still operate today???   Has their been any evidence recently that Joe Long has been supplying other dealers???

These are all questions i have and hope that those out their who know more about the man will chime in. Anytime i hear about really good forgers who fool alot of people, my ears perk up. It really does make for a good autograph story when you hear what happened from the beginning.

I would love to hear some of what Steve and Roger know about Joe Long and what all happened involving his business and the forgeries that were sold. Did he ever admit to selling the forgeries?? Any estimates on how much profit he made??

I couldnt find all that much information on him over the net, so i thought this would be a good thread to learn up on him if others are inclined to speak about what they know. Here is an image and description i took form Autograph alert truth. And i hope Roger wont mind. Apparently this is from one of Joe Long's old catalogs. 2 of the 3 are genuine, and 1 is bad. And whoever forged these obviously had talent.

Roger also reported in his blog that Autograph Alert used to refer to Joe Long as "Mr. Clean". Did anyone else know him as this, or is this just another one of their lies? I imagine its nothing but garbage, b/c what forger would give himself a nickname, and especially not Mr. Clean. This isnt cloak and dagger stuff, its autograph forging, lol.

What do you think of these? 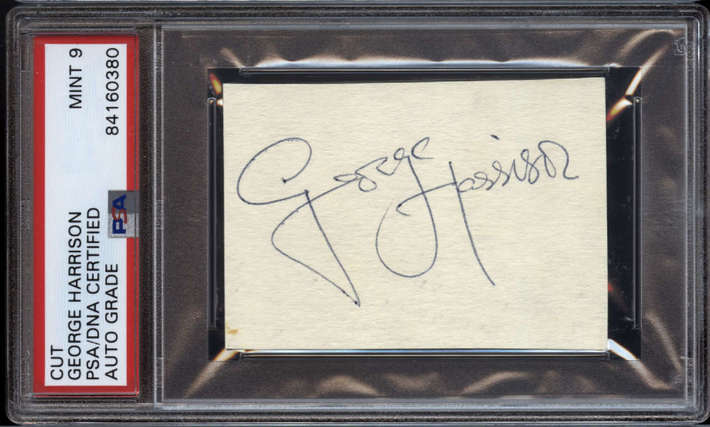 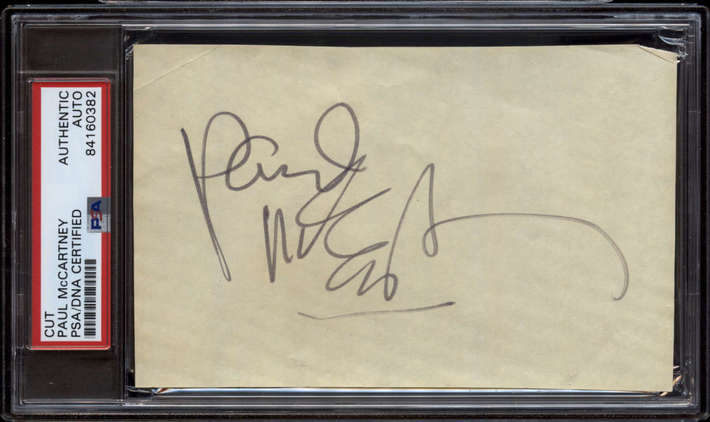 I used to deal in Beatle autographs in the 80’s. Back then many were selling fake Beatles autographs totally unaware that they were fake, the knowledge just wasn’t there and I can remember seeing birthday cards to a Fan Club secretary that I now know were signed by Neil at the viewing of a Sotheby’s auction.

Anyway, a good US customer of mine put me in touch with Joe Long about 1983-1984. I was selling a fantastic signed Beatles photograph from 1966, I wish I still had it, I’ve never seen another signed copy of that picture. Joe telephoned me from the US and offered a part exchange deal for the photograph. It’s too long ago to remember exact details but I think it involved some cash, a signed (presumably by Joe) ‘My Sweet Lord’ picture cover that looked convincing at the time (I have no copies now). Also there was a signed cut cover from the ‘Wedding Album’ with a John Lennon signature and large self portrait. The signature looked good but with hindsight was almost certainly his own work. My US customer (the one who put Joe in touch with me) offered to add it to some items he was selling at a New York auction house. It sold for a price that I cannot remember but I considered to be a very good return.

As it happens, I do recall having some doubts about the signed ‘Wedding Album’ which weren’t actually based upon the signature and drawing; I wondered why the Wedding Album box set cover had been cut? I remember that shortly after John Lennon’s death copies of the Wedding Album box set became available in the UK. They were officially produced imports from Japan and made to high standards. The main difference in the box set covers when compared to the original UK ones was that the Japanese reissues had a catalogue number beginning ‘EAS’ on the front and also they were made from noticeably thicker card. I can remember saying to my partner that the cover cut off piece looked like a Japanese reissue based upon the thickness of the card. It also crossed my mind that the cut off process would have removed the Japanese catalogue number. The Wedding Album is far from common and signing reissues would have been a lot cheaper than an original. In the end we dismissed our fears and decided that the US issue might have been made with thicker card too.

In our correspondence he once sent me a photocopy of a signed ‘Starting Over’ 7 inch picture sleeve. It was signed. “Hi Joe, Happy 80’s, love John Lennon. I no longer have the photocopy but think it was more than likely his own work.

I spoke to him on the telephone once, seemed like a nice guy (of course).

The style of signatures he offered us is the same as that on the fake signed “Abbey Road” and ‘Y&T Butcher Cover’ reproduced (as authentic) in Mark Lewisohn’s “Beatles Chronicle” book. I think someone has already posted a copy of the Joe Long “Abbey Road” in this thread.

I noticed that Joe was often selling cut signed sleeves (mainly 45’s) for whatever reason and this might be something that would cause me to pay more attention to the possibility of something being a Joe Long forgery today.

Anyway, hopefully this will provide an insight into how Joe operated in the 1980’s and confirm what has already been said about him mixing the bad with the good.