The much debated Ruth removed from the frame 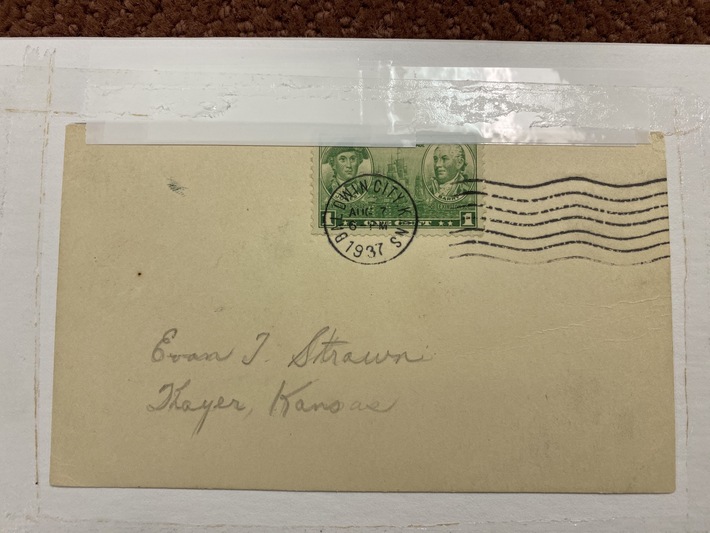 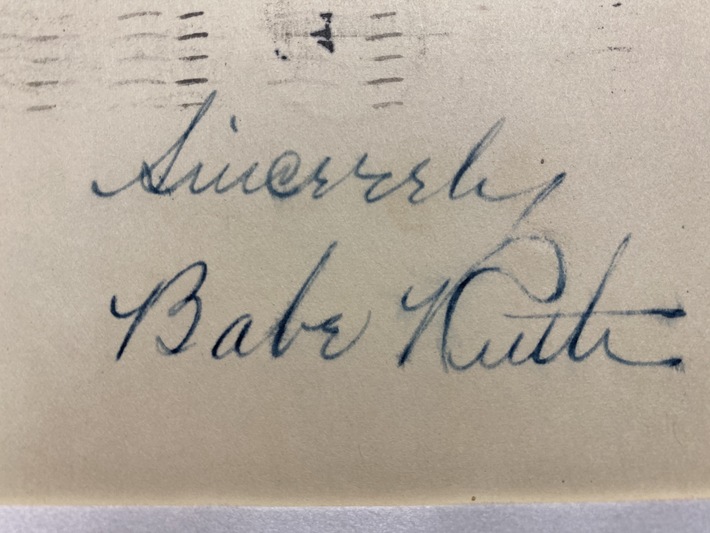 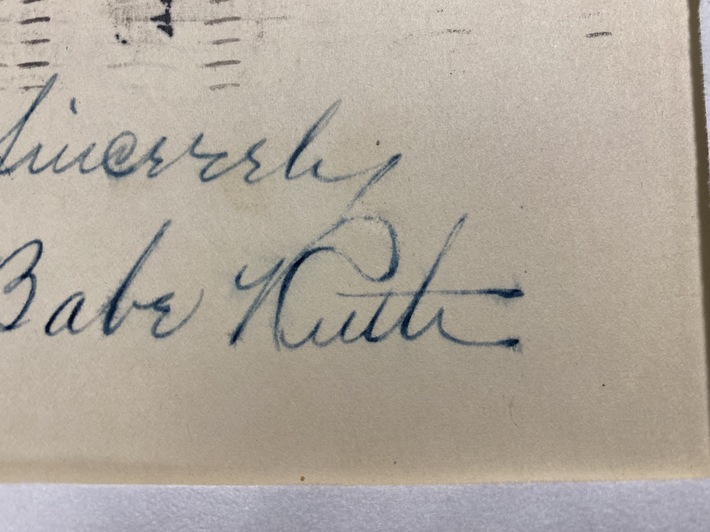 Decided to start a new thread... Local memorabilia shop confirmed live ink and we removed it from the frame. It was processed in the mail in 1937 based on the reverse side. Took a few more photos before we packaged it up for JSA

the shop owner who’s been doing this for 40 years. “I strongly believe you got lucky as hell.”

It's characteristic of Ruth's sit down 1937-1941 signature (each year tends to slightly vary, but this has strong elements of each) so that is a great sign.

Did you get a second online opinion from BAS?

What would change without examining it

The photo BAS and PSA/DNA looked at was a low-quality JPG. Not the size, but the quality of the JPG.

JPGs are a "lossy" format: file sizes are made smaller by merging adjacent pixels. The more than are merged together, the smaller the file size. It's hard to tell the fine details due to the mushiness in the first JPG.

The photo you posted here is a sharper, higher-quality JPG, so you can see the autograph's details far more accurately.

For what its worth I have been emailing this to several experts in the field... Thus far the following people have rendered their opinion that signature appears authentic. I even emailed them more zoomed in scans of Babe and Ruth that was uploaded here. Still waiting on JSA.. At this point, if JSA fails it I won't know what to think as everyone else has said it is likely genuine. My guess is that they will agree with everyone else

Sports Investments Inc, Cincinnati (this came from local referral, I was told the owner of this shop could spot a forged Ruth in seconds)

Did you send it back to Beckett, too?

They said unlikely after 3 minutes after submitting scans after originally saying likely. But they won’t say why...

But I’m 98% sure I know why.. and it’s because they first image was the reverse side and has the decedents name in cursive. I think they only looked at that image and deemed it unlikely. I was stunned that it took them 3 minutes to return the verdict. I called them immediately and asked what the tell was and they said most of their staff was at shows.

so they didn’t reverse course again, I think in an effort to save face. I mean how would it look to say Genuine, not genuine, oh never mind genuine. I did get them to admit that rarely do they reverse course after saying likely to pass. Just doesn’t pass the smell test Steve. Maybe they are right which I considered, which is why I have been seeking out countless other opinions.

also for what it’s worth, Grad does not have a pristine record for authenticating Ruth. I seen an obvious forgery today that was likely passed by Grad while at PSA. I’ll post an image shortly

In most cases. I would worry about a snap decision of 3 minutes or less. But not in this case. I knew it was an authentic Ruth track in about the same amount of time as it took me to pull focus on it, approx. 0.26 seconds.

This is the difference between someone who has studied Ruth extensively and knows the Babe's signature as well as his own, and jacks of all trades who have to go to the exemplar files to help them reach a decision.

My only question about the piece, and it's something that can't always be determines in 2 dimensions through multiple layers of glass, is if Ruth's authentic track was handwritten or transferred in some way. It is Ruth's handwriting, without a doubt. The only question is imprinted or hand written.

Woody, I think that the Ruth signature looks REALLY good based on its shape. It's so good one I wouldn't give an opinion on if there wasn't the heavy ink absorption and spread. My term for that is "above my paygrade."

The ink absorption and spread in certain spots tells me that it's old paper though. They didn't make paper for writing on that spreads like that, it wouldn't be practical and you'd see lots of examples if it did. And the postmark doesn't run more than the tiniest touch in some areas, like it normally would.

Shape-wise "Sincerely" tells me it's likely not real. the E-R-E is way off, especially the R, which is taller than the Es and have the wide lateral dip across the R. I'm concerned about the Y, too, but it does occur from time to time.

typically, the 'ere' is written more like 'eee', with very little difference between the formation of the r and the twin 'e's. But, Ruth has a tendency to shift between two differently formed 'r's, one when used with an adjoining 'e', that tends to look more like another 'e', not as in this one, but other instances, sort of an 'r' with the plateau on the right side, and another, stand alone 'r' with a distinct upright 'r'. This one has the 'r' with the plateau at the top, instead of the side, which is the one that blends in more with the 'e's and looks more like 'eee' than 'ere' as does this one.

The paper here looks extremely fibrous; cheaply made quality, thus the feathering doesn't concern me, especially that the feathering is heaviest at the precise points where Ruth typically exerts maximum pressure.

Woody, that was my only concern. Printed or handwritten. This is authentic Ruth. Probably the only autograph that I am confident on after spending $8,000 myself for a baseball.

You sent BAS a new image that was much clearer and out of the frame. That probably figures in. That's why I wouldn't give an opinion, although I'm nowhere as good as Grad.

BTW, Lelands and Reznikoff would have JSA, PSA/DNA or BAS authenticate it before they offered it for sale or auction.