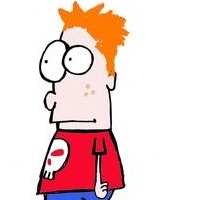 One Direction - Is this real?

Picked this up in a thrift store today in a stack of second hand CD's. I've done a little bit of searching on line and they do look legit and early in their career.More opinions please and any idea…Continue

Can anyone identify this autograph?

Hi found this one in my attic. I work in television in Ireland and U.K and got this signed 'to Mick', Probably circa 1999- 2005.No clue who it is. Any ideas welcome…Continue

This is a Christmas card from Geldof's production company Planet 24. I received this card between Christmas 1992-94 (doing work for them) and recently unearthed it. I believe it's signed by Bob…Continue

Got from a very reputable Production Company in Ireland that worked with Brosnan a number of times. Not sure what year? Very neat and tidy. Wondering if it's real of secretarial? Opinions welcome.…Continue

Micko has not received any gifts yet

crazyrabbits23 commented on Micko's blog post What is your best thrift Store/ second hand store autograph discovery?
"Apologies for the necro, but I love discussing stories and finds like this. I've had quite a few over the years. Some of the most interesting pieces I've found are books that have no comparable price information or similar copies online -…"
Mar 14

Micko replied to Micko's discussion One Direction - Is this real?
"Bump"
May 2, 2019

Micko replied to Micko's discussion One Direction - Is this real?
"Bump"
May 2, 2019

One Direction - Is this real?

Picked this up in a thrift store today in a stack of second hand CD's. I've done a little bit of searching on line and they do look legit and early in their career.More opinions please and any idea of value?See More
Apr 30, 2019
1 Comment 0 Likes

What brings you to Autograph Live?
I have been collecting autographs for many years now and I recently discovered this community site and thought it is a great way to communicate with other collectors, get some opinions and advice and share any knowledge I have gained over the nearly thirty years I've been collecting.

Who can we thank for telling you about Autograph Live?
Not invited.

What do you collect, or want to collect?
Classic Hollywood and Stage, Music, SciFi

Tell us more about your collection, specific areas of interest, etc.:
My areas of interest are mostly classic comedic actors from both film and television (American and British) and rock musicians.

What is your level of expertise?
Long Time Lover

What is your favorite autograph in your collection?
An airmail letter from Peter Sellers sent to a German fan whilst he lived in Ireland in 1972. It has his letterhead and the handwritten envelope that it was sent in.

Why do you collect?
I work in the entertainment industry and have over the years met and gathered some wonderful signed pieces and this led me to an interest in collecting autographs from artists that I am interested in.

You can ask anyone living or dead for their autograph. Who would it be?
Duane Allman.

I went to see Steve Earle and The Dukes on Sunday 25th October in Dublin's historic Olympia Theatre. As always he put on a wonderful show and at the beginning he said that after the show he would be around to say hello to anyone who wanted to say hi. And true to his word he and the rest of The Dukes appeared after the show in the lobby to take photographs, chat and sign items.

It was well organised and Mr.Earle was charming, thoughful and gave people the time to chat and pose for…

Here's what Ewan McGregor thinks of Autograph hunters. Just thought I should share this if anyone was thinking of approaching him, I'd think twice!

Asked how 'Star Wars' fans have responded to him, he told…

I was really sad to hear of the passing of a true comedy legend Rik Mayall who passed away on June 9th, aged 56.

As part of the 1980's alternative comedy wave that turned British comedy on it's head, he was a shining light and a true star. He and his partners in crime did to the comedy establishment what the Sex Pistols did to music! It was that revolutionary and fierce!

When Pens let you down!

You are lucky enough to meet your idols or at least get a friend who works at a venue to ask your heroes to sign something. You've brought along a great item and you're armed with pens/ permanent marker. And when you get the piece back, the damn pen has ceased or bled, basically mucked up that precious signing.

I had the pleasure of getting Cheap Trick to sign my copy of 'Budokan' I had waited years for them to play in Ireland and then they come...and I get the item signed and the…

I was hoping to get an opinion on this Johnny Cash signature.  Can you help me out?