May is always a busy month for me.  Track keeps me very busy- I had 2 athletes make it to Regional’s and one just missed advancing to the state meet.  I also coordinate graduation at my school which is also hectic.  So autographs and shows are put on the backburner.

However the past couple of weeks, I have more than made up for it!

I did get to shoot and review Earth Wind and Fire a few weeks ago.  What a great concert.  (read my review at neomusicscene.com) Although there are only 3 remaining members from the 1972 lineup:  Philip Bailey, Verdine White and Ralph Johnson- the band sounds awesome and they put on a great show.  I decided to get the meet and greet package and try to get an album signed.  I normally would have waited after the show, but a bad lightening storm was rolling through Cleveland, so there was no chance to get an autograph.  Would you stand out in lightening and rain to sign? 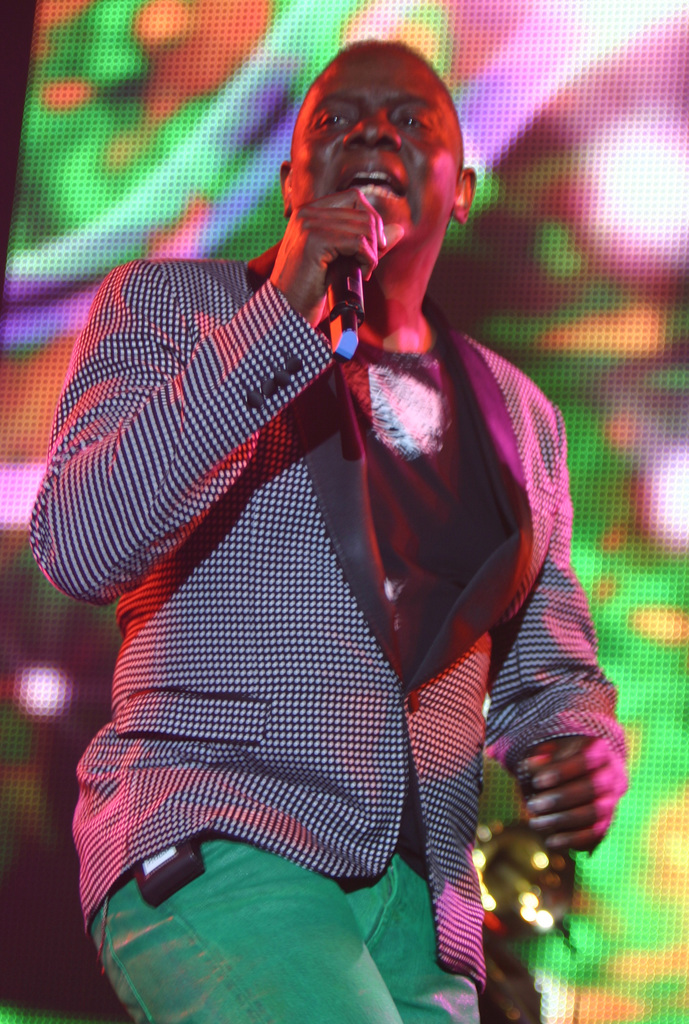 Anyway, the three guys were backstage taking pictures with fans who bought the package.  Even though the manager said no autographs, I figured I would ask.  Besides, I was the only one who had something for them to sign.  I brought 2 albums but only had them sign the one.  I didn’t want to seem greedy.  All three were very gracious and happy to sign.  If I would have asked for the 2nd one, I bet they would have done it.  I did ask Verdine to sign my HOF poster and he did.  So, I thought it was worth it.

Next up was Graham Nash.  He was playing with the Cleveland Contemporary Youth Orchestra.  My wife is also a teacher and she had four students who were playing in the orchestra and choir, so we decided to go at the last minute.  One of my wife’s students said that they had rehearsal at 2 the day of the show.  I was done with school, so I decided to go up early to see if I could catch Graham on the way in.  I told a friend to come up a little early and we ended up being the only two there. 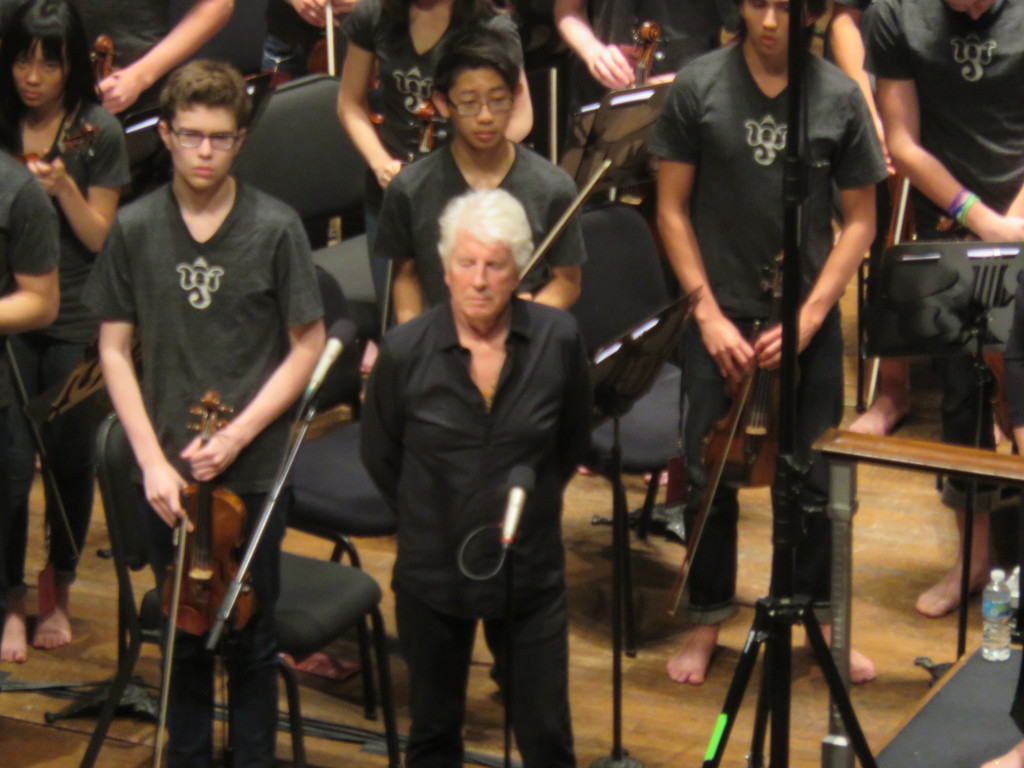 A little before 3, Graham walks in and graciously signs all of our stuff.  I had 2 albums and a mini acoustic guitar and my friend had 3 albums.  Everything turned out great!  The only thing we didn’t get was a picture with him.  His manager said that they were late for rehearsal and didn’t have time. These kids are amazing.  They did record the show and it should be airing on PBS I believe sometime in the fall.  Check it out if you get the chance.

I also got approved to shoot and review former Black Crowe guitarist Rich Robinson’s acoustic show.  I have been a fan of the Black Crowes since “Shake Your Moneymaker” and I got to see them a few times over the years.  I was anxious to hear what Rich had to offer as a solo artist and I was not disappointed.  His guitar playing is on point and he has a good voice, not quite as soulful as his brothers, but still good.

After the show there were 5 of us waiting to meet Rich: a great couple who I see at a lot of shows, and a known ebayer and his girlfriend and me.  Rich eventually makes his way out of the venue and I ask him if he would sign.  He pulls out his own Sharpie, so I get out a Black Crowes flat.  He said, “I’m not signing that.”  I said ok, and get out a Rolling Stone magazine that I have kept since 1991- it has my name and old address on it.  He looks at it and said “Ugh, well I guess that’s ok.”  The couple have a drum head and he said “you guys are gonna sell this stuff, that’s why you are here.”  The three of us say no, we are fans and we just wanted to meet him.  They say that they want it personalized, so he said ok and signed it for them.

The ebay guy and his girlfriend were next.  They produce at least 5-8 Black Crowes albums each, and Rich signs EVERY ONE!!  WTF?  And he thinks I’m going to sell my one album flat and Rolling Stone?  Please, anyone tell me what these artists are thinking.  I can’t figure them out.  Jeff and Marlena ask to get a picture with him and he said ok.  I get one with him as well.  We shake hands and I tell him.  I don’t sell any of my stuff, but that guy that you just signed a ton for does.  He said “Yeah, I’ve seen him before.”  So he gives me and two other fans a hard time, yet he signs about 15 items for a guy who he knows sells his stuff.  I don't get it.

Until the next show! 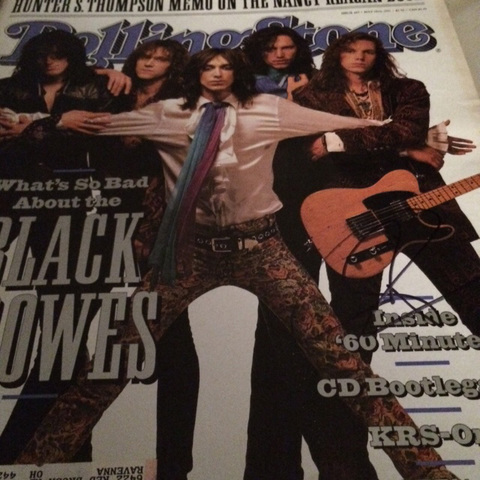 It used to happen to me many moons ago. There was an older long haired gentleman with NY Lic plate (Im near Philly) that had a ratty old station wagon full of boxes of albums and binders with 8x10s. For the big stars he would always show up. Ringo Starr came out of the hotel once (there was a total of 5 of us. We called to him, he came over signed 2 for this guy and said hello to him and waved the rest of us off. He was a dealer of course while we were collectors. I asked him his secret, he told me he saw so many of the stars so often they would recognize him and just felt comfortable with him so they didnt mind signing for him. This was back in the eighties.

One of the hazards of collecting I see the same stuff down here I went for Tom Green(Actor) who was doing a stand up routine at a comedy club and tried him after the show and he was in a great mood and signing and taking pictures with everyone and there was a couple who I know as sellers on Ebay and they shoved a microphone at Tom and asked him to sign it and it was as if someone had flipped a switch and his mood quickly changed and I just happened to behind this couple and after they got all their stuff signed including the microphone he only signed one per person after that. Celebrities can be a weird bunch at times especially with people always asking for things. Nice post Coach!

Absolutely, they are human and you just don't know what they are gonna do. The smallest things could tick them off. Some see the Ebay type and tell them blank  off. And sorry I forgot, thanks Coach!

Chris Robinson is the same way, for some reason they do not like signing album flats.  I got Chris, Rich and Steve Gorman to sign my Southern Harmony album but Chris and Rich refused to sign my Money Maker flat.

I've had ALL OF THESE exact experiences (with different people, of course). Rich Robinson, twice...walked by me without signing (two different shows). I got him backstage when my radio station was at the concert in the early 90s.

I can totally understand them not signing flats. That has eBay all over it. The fans have the actual CDs!!!!

Oh...and yet another story about a "meet and greet" where people are told "no autographs." Seriously, how stupid are THOSE people, too? If you pay for that package, you should be getting a signature. If they're worried they will be sold, they can say "You get one autographed item," because NO DEALER is going to pay for the meet and greet package, to get one item that they...might be able to sell for $50 to $75 if they're lucky.

So a flat says eBay, but 15 albums doesn't?  That makes no sense to me.  I am a fan.  I did bring 2 cd covers "Southern Harmony" and "3 Snakes and One Charm" but I didn't pull them out after he told me no on the flat.

I bought the flat because it displays better than the cd's, and they did not make vinyl for those albums until recently.  I didn't feel like paying 25-30 bucks for an 180 gram album that may or may not get signed, specially when I already have them on cd.  I thought a flat was the way to go, but I guess not.  Even though Kenny Wayne Shepherd and Noah Hunt had no problem signing a flat last year. (That was the first flat I bought).

Agreed, on any meet and greet package you should get 1 item signed if you choose.  I just went to Heart last night and their package included some food, a tour of the stage, a photo with Ann and Nancy, and a pre-signed poster.  They stated that no outside items could be brought in to be signed.  All of that for the low price of $250!  I did not buy this, but I talked to a couple of people after the show that did.  Of course, after the show both sisters walked to their buses with a wave and a smile.  That was it.

Oh, don't get me wrong. I agree, flats display better than CDs, AND....15 albums screams eBay just as much as one flat would!

Ironically, promo flats are harder to get than an album - if you have one, you're probably a fan who HAD to have it.