Two more for the collection My wife likes to play the slots, I like to play poker and table games.  The Hard Rock Rocksino does not have table games so my only interest in going there is to see a show, or to get a free buffet.  The plus side of her gambling there is that they will send her comp tickets to shows if they aren't selling well.  I will pretty much see anyone for free and have seen Survivor, Bill Medley and now Soul Asylum to name a few.

The other day she got tickets to 90's alternative band Soul Asylum and Meat Puppets.  They both had a few hits in the 90's so I figured why not go?  They both sounded great.  The Meat Puppets played a great version of the Beach Boys song "Sloop John B" as well as the hit "Backwater" and their song Nirvana covered on the Unplugged album "Lake of Fire."

Soul Asylum- with only one original member David Pirner- also played the hits "Somebody to Shove," "Black Gold," "Misery," and of course "Runaway Train."  I didn't have anything for them to sign, but I did manage to get the set list.  It wasn't hard to move up in the vary sparse crowd.  Since I got 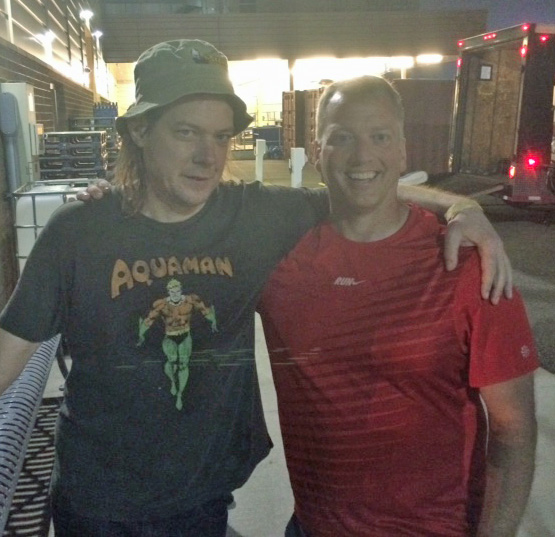 it, I figured I may as well try to get the guys to sign it.

Me and another fan waited out back for a few minutes and David came out.

He was real friendly and talked with us for a few minutes and was happy to sign the set list and the guys ticket.

I'm not the biggest Soul Asylum fan, but at least he knows how to treat people that are waiting for him. Rock and Roll Hall of Famer, Don Felder played a solo show in Kent.  He and his backup band sounded great!  I wasn't sure about him signing because I heard that he can be tough.  I saw the Eagles back on the Hell Freezes Over tour in '94 but this time I got approved to shoot and review the show for free.  He played 17 songs, mostly Eagles, but also a few solo tunes.

After the show, something happened that I have never seen before.  After most of the people left, about 50 or so people were hanging out by the stage.  Don comes to the front of the stage and starts signing for everyone!

He asked everyone their name, personalized everything but he did sign!  He also made sure that he only signed one for each person.  A couple of times I heard him say "Didn't I already sign one for you?" The only thing he didn't sign was a guitar.  He told the guy that he only signs guitars for charity.  I thought it was pretty cool of him to come out and I was more than happy to have my Hotel California album signed! 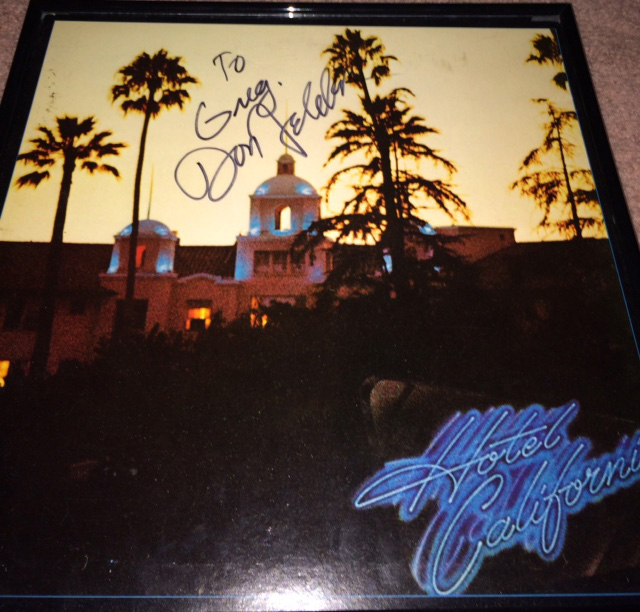 The manager of the venue gave me a meet and greet wrist band because I was shooting the show.  That was pretty cool of him.  However, it was very disorganized.  After he was done signing from the stage, and everyone was cleared out, Don came down to meet about 20 fans that remained.  He asked the manager "What am I supposed to do?"  He said, "Meet the fans, take pictures and sign stuff if you want."  There was no line, no organization, so he just walked around haphazardly taking pictures and signing a few items.  A woman approached him and said "Ok, now you can sign some things for me."  He said "Maybe two, but I'm not signing all of that."  His attitude changed dramatically.  I asked him about the double neck guitar from Axe Heaven and he said "I don't have a deal with Axe Heaven."  That's funny, because I a saw an add he was in for one.  And on his website, one of the expensive meet and greet packages you get a signed mini double neck guitar. 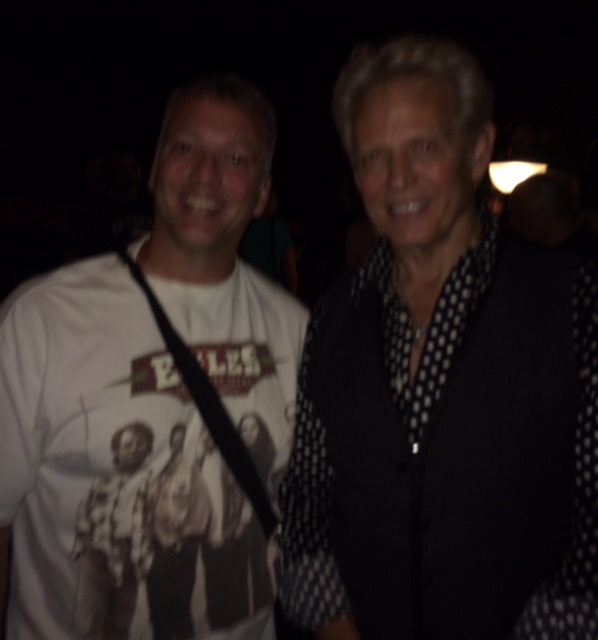 Whatever.  I then said, "can you sign this album and make it to Greg and Kim?"  He said, "Nope, I gotta go."  And he was done for the evening!

So if you go to a solo show, hang out by the stage and only bring one item!!  He is very nice, but don't make him mad!