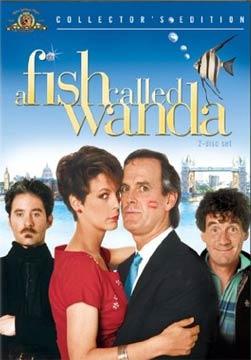 When I was a little kid, I loved collecting autographs. It could be the local newscaster or anybody like that. As I got older, I had to be a fan of the person before approaching them with pen in hand.

With the San Diego Chargers Blood Drive coming up, I remembered the first time I realized my autograph collecting was in check. My friend and I went to donate blood (I’ve since donated 29 gallons, he decided he hates needles). My buddy was getting autographs of these guys that were 3rd string players on the Chargers, and he got excited by the newscaster that walked by. I said, “Dude…I do movie reviews on the news. I can bring you in and you can get all the autographs and photos you want of them.”

It’s at that point you realize how crazy some people get just because somebody is on TV.

When Justin Timberlake was playing at a small club in town years ago, I debated whether or not to go get his autograph. Basically…I’m not a fan of his music, and he’s average at best, when it comes to acting. Yet I did what I hate about this business. I went simply because I knew it would be worth something, and I’d be able to trade it for an autograph of somebody I was a fan of (I refuse to sign autographs, but love trading). Now, I wasn’t about to go buy a CD for him to sign, but I had a subscription to Rolling Stone magazine, and he was on the cover a few weeks earlier. I went over to the side entrance I knew he’d be coming in on. After 30 minutes of waiting, more security showed up then the President has. I knew it was going to happen. Now, my friend had gotten his autograph a year earlier and Timberlake said, “You’re a guy…asking me for my autograph. Are you gay or something?”

Timberlake laughed and signed for my friend. I laughed upon hearing the story.

Two SUVs pulled up, and I saw Timberlake get out, surrounded by security. He slowly walked by me. He said “Hi” and I nodded my head. Yet for some reason, I didn’t ask him. I just felt embarrassed and again, I’m not a big fan. The worst part was as I walked away, I noticed the Sharpie had put a huge black mark on my jeans (it still hasn’t washed off).

There was a two year period when, back when Autograph Magazine was something you could find in the news stands, I would have celebrities hold up the magazine for a photo. Here’s the problem with that. They never wanted to!!! Oh, they’d sign autographs. They’d take selfies with you, but no way in hell did they want to hold up a magazine. They always felt I was up to something.

I was reminded of one of these stories when I read a story in Readers Digest. They had various people talk about the most inspirational people. Novelist Jacquelyn Mitchard wrote about Jamie Lee Curtis. She talked about seeing her in a hotel lobby in 1996, and she yelled out that her first childrens book (Tell Me Again About the Night I Was Born) was a great read for her adopted daughter. Curtis told her she had just adopted her second child (with husband, actor/writer Christopher Guest). They started chatting about their husbands, their kids, and Mitchard asked for her autograph on a napkin for her son. Curtis replied, “I can do better than that.” She pulled out her only copy of a publicity photo and inscribed it for her son.

The story went on with a few other things that Curtis has said over the years that inspired her (one being the apologies for her underwear photos, etc.). A few years later, I went to a book signing Curtis was doing. It was a disaster on a few levels. First, one of my favorite comedies is “A Fish Called Wanda.” Of course, there were signs everywhere that said she’d only sign the childrens book. I tried telling her how much I loved the movie, and how I was buying the kids book but my daughter was passed the age of needing it a childrens book, and blah blah blah. It did no good.

Here’s what makes this worse. The line was long anyway, but the person in front of me was some friend of hers from years ago. When they saw each other, they went nuts. Jamie Lee got up and hugged her, and they started sharing stories from the time they did an event at a hospital together. This went on for 25 minutes. At one point, Curtis looked back at me and said, “I’m sorry this is taking so long, but I haven’t seen her in years.”

They exchanged phone numbers, promising to get in touch the next day for lunch. Yet despite Curtis’ great mood, she wouldn’t sign my DVD for me. As a consolation, she said, she’d inscribe something about “A Fish Called Wanda” in the book (oh great, that’s just wonderful!).

Well, she had been on the cover of Autograph Magazine, so I pulled out that copy. I told her I write for the magazine and would love to get a photo of her holding it. The smile left her face as she said, “Absolutely not! I don’t know anything about this magazine. What if the story written about me is bad?” I assured her it wasn’t, and even brought up the various topics it covered. She handed the magazine back to me as if it were a hot potato, as security quietly, and quickly, ushered me out of the book store. Perhaps they were anticipating me getting angry and causing a scene.

John Cleese, one of the other stars from “A Fish Called Wanda,” is at that same book store in a few weeks. I’m guessing…he too, will refuse to sign anything but his new book. At least he was never on the cover of Autograph Magazine, so I won’t have to worry about that.

Nice story Josh! Just ask Neil Patrick Harris to sign a photo from Starship troopers or Doogie Howser and you will get the same response. I am not sure what his beef with Doogie is but that's where he cut his acting chops.

She didn't object because of WHAT it was...but because she would "only sign the book!" Although a lot of stars won't sign the big thing they're known for, and that's for a variety of reasons. One of them being the autograph dealers know those are the most valuable, so that's what they have them sign. For example, when I met Robert Plant a few years back -- he wouldn't sign Zep albums, but signed my CD...one of his releases from a few years ago.

I think it is reasonable to expect when you go to a book signing (especially when there are signs noting she would only sign the book) that she probably won't sign anything else. You're not faulting her for that are you? Maybe if you could have met her after as she was leaving she would have been more inclined.

Yes Adam, I am faulting her. I think at book signings, it's so easy to say "I'll sign the new book, and one other item," because...realistically, what the hell am I gonna do with a friggin kids book???? I had that same problem with Magic Johnson at a book signing in L.A. It was a kids basketball book. What the hell? Anyway, this update on John Cleese (for those that one to go to San Diego): He's doing a speaking at an auditorium now, INSTEAD of going to the book store (which obviously has a lot of room), and...you watch him having a conversation on stage, and they'll pass out books that are already signed. I think...if you aren't signing any other items or taking photos with people, that's the best way to do it. Let people sit comfortably and watching a "show" of some kind, and get their autograph at the end.

From what I understand, it's often contractual with their publishers that they'll only sign a book, often only ones bought there in the store for that matter. Heck, the childrens' author Mo Willems did a signing at the Book Expo convention one year where they were giving away his latest book, and when I asked, hey, could you sign my daughter's favorite book of yours which I've brought along, the publicists surrounded him like a phalanx—because it was published by a different publisher.

Back in the late 1950's, when I was a Kid, I used to hang around the TV studios in Midtown Manhattan seeking out celebrity autographs. One cold snowy day I was outside the CBS studio on 46th Street where the Ed Sullivan Show was broadcast from. Entertainers and audience guests usually arrived around 3 p.m., with the program going on the air live at 8 p.m. It was brutally cold that day, so cold that I was the only person hanging around the stage entrance. Just as I was about to leave to go home, a stretch limousine pulled up. The driver got out and opened the back door. Out stepped Humphrey Bogart wearing his trademark trenchcoat, hatless with a cigarette dangling out of his mouth. I went up to him and said, "Mr. Bogart. can I have your autograph?" "Sure Kid", he replied. I held out my autograph book and gave him my pen. Now in those days we used fountain pens with indelible black ink. As he wrote his name, the pen began to leak ink onto his right hand and the cuff of his trenchcoat. I was scared to death because I thought he would beat me up. "I'm sorry, Mr. Bogart", I said. "I didn't know the pen would leak." "Don't worry about it, Kid" he replied as he began to walk down the alley leading to the stage entrance. He was holding his arm out to keep the ink from spreading. He looked back at me and said "Nice to see ya, Kid."