I thought about that when I heard about this crazy story. Singer Christina Grimmie, who at one time appeared on the show “The Voice,” was signing autographs at the merchandise booth after a show in Florida on Friday night. A lot of artists do this, and it’s the easiest way to get your items signed. You buy the new CD or whatever they have there, and if you brought any other items, they’ll always sign them. Well, this disgusting story is going to make some celebs think twice about this.

Grimmie, a New Jersey native who finished 3rd during the sixth season of “The Voice” a few years ago, first got big as a teenager on YouTube. Her videos received millions of views, and that lead to her moving to Los Angeles, and touring with Selena Gomez.

The concert at The Plaza in Orlando, had the 22-year-old performing with the band “Before You Exit.”

A gunman went up to Grimmie at around 11 p.m., as she was signing autographs. After he shot her, Grimmie’s brother tackled the guy. During the struggle, he shot and killed himself. Grimmie later died at the hospital.

There were around 100 people at the show, but only a handful at the merch booth getting autographs, but surely lives were saved by the brothers quick action. The deranged fan had two guns on him, and there’s no word on how he got them into the venue. Surely this is a wake up call for security. 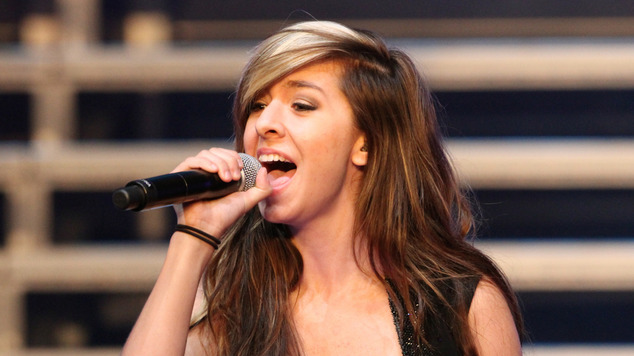 This is a very terrible tragedy to happen to an artist with a promising career who was just trying to do something nice for the fans. This is going to make it harder for those of us who love the hobby of autographing. This was one of the easiest venues to meet a celebrity and now probably will be one of the hardest from this day forward.

Comment by James on June 13, 2016 at 10:30pm
What a horrible, horrible tragedy. She had no clue that that performance would be her last. All of us, just think of what our world was like when we were 22. We were full of hope and promise, just wondering what life had in store for us, a big future ahead. She only got 22 years. It's just not fair!

It's a terrible loss, but imagine it being an artist who had been world famous!

It just goes to show you that there's a lot of very sick minded people in the world.

There's not much that can be done about it, usually when a deranged fan sends threatening letters, they usually figure out who it is, and a lot of times they're on fan forums.