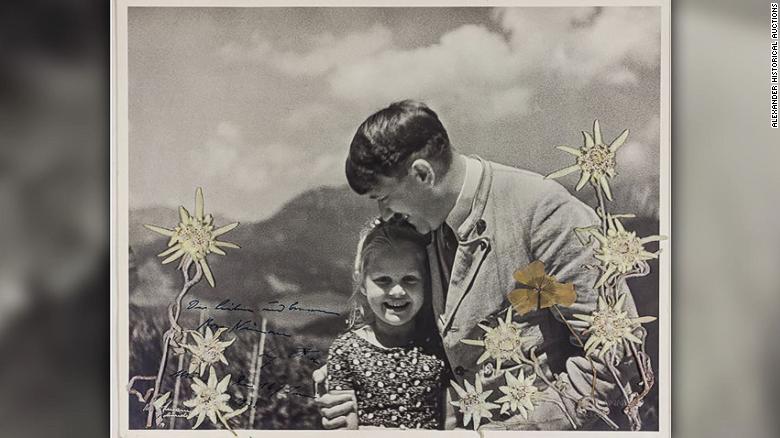 Sometimes the prices of things baffle me. Last year, a telephone owned by Hitler, used to issue commands during World War II, sold at auction for $243,000. That’s insane. And when I saw a story that showed an auction house had an autographed photo of Hitler with his arms around a little Jewish girl, I figured that would go for a lot more than it did. It went for $11,520.

The girl is Rosa Bernile Nienau, and they met outside his house in 1933. Her and her mom were with a crowd in Bavaria, celebrating his birthday on April 20th. He found out her birthday was the same day, and he had his photographer and PR guy Heinrich Hoffman snap the photo.

The photo is inscribed by Adolf “The dear and consider Rosa Nienau, Adolf Hitler, Munich the 16th June 1933.” It was delivered to mom Karoline in Munich. 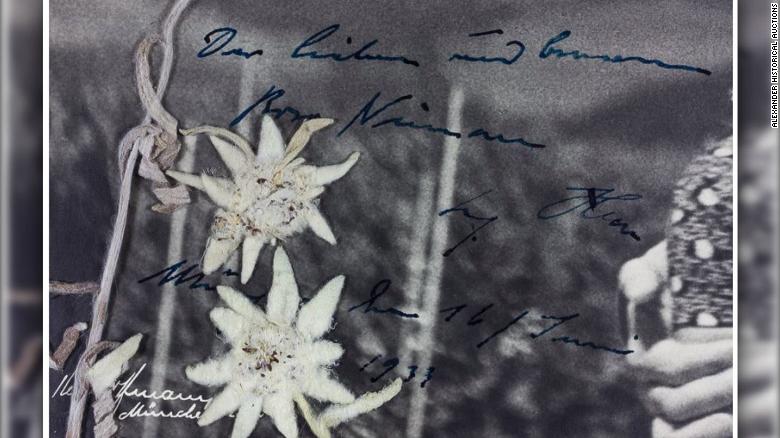 Apparently, Hitler found out the girl was Jewish at some point, but ignored that fact. They speculate it may have been for propaganda reasons, and they wanted to show that he liked children. But when Reichminister Martin Bormann learned that she lacked ‘pure’ German blood, he kept them at bay.

The two wrote letters until 1938, when Bormann also put an end to that, too. Many of the girl’s letters to Hitler and aide Wihelm Bruckner are in the German Federal Archives.

Rosa died at 17, from spinal polio. Somehow, the photo made its way to the U.S. and an auction house sold it.

Obviously, the name of the buyer was withheld.

Im not surprised by the numbers or the affections of Adolf

Crazy ya i know, but facts are facts

It never ceases to astound me at the enduring fascination with Der Fuhrer. I just don't understand how such a paragon of evil commands those phenomenal numbers.

Here's another photo of Hitler showing his "tender side" for $6900. Bad karma having a Hitler signed photo in your collection as I would never want anything he touched near me. Pure evil.

Infamous is the correct term in this case

I agree, Bruce Juice. My late father brought home a signed photo of Hitler after the war, which we didn't discover until after my father passed away. None of my sibling wanted it and I was too embarrassed to admit owning it or even having it framed. Nor would I have ever considered having it visible in my home So, I sent it to RR Auction to sell. The money realized I split with my siblings.

We now have a special private group for this

I fought hard to get that group in place, so the least we could do is respect Steve's wishes

don't you all agree?

I agree that this subject matter should not receive any attention at all.