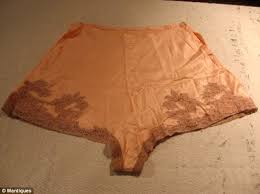 There’s always that debate about selling Nazi and Hitler memorabilia. Well, this one takes the cake. It’s a pair of underpants that belonged to his wife, Eva Braun. At a British auction recently, they went for more than $4,600. And before you ask...all I know is it had her initials embroidered in them. I have no other details on the panties [but a Hitler fun fact: he only had one testicle].

It was a phone bidder who was turned on by the pink silk undies, and they obviously want to stay anonymous. I think it would be cool if they were purchased by people putting on the play The Producers, as some kind of prop.

Anyway, it was the Humbert & Ellis Auctioneers in Towcester, England, that sold off a big collection that included a lot of WWII items. There are a number of auction houses that refuse such items.

Some of the things auctioned off include a stained nightgown of Braun’s (and no, I don’t know what the stain is of). But yes, it was the same bidder that got the underwear. 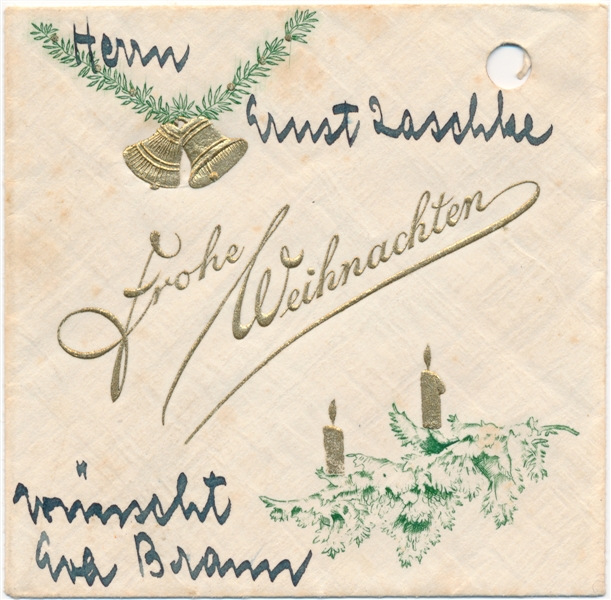 At an auction in 2016, a pair of lilac knickers (I felt British just typing that word), that were also worn by Braun, went for just over $3,000 at the Philip Serrell auction.

There was a gold bracelet with a swastika that was given to the wife of Luftwaffe commander Hermann Goering.

For those that don’t know, Hitler and Braun’s marriage only lasted 40 hours. Not because they didn’t get along. They were two peas in a pod (well, two Nazis in a bunker). They had been together 12 years but married before they committed suicide as Soviet forces were about to reach the bunker in Berlin.

I always wonder what you do with that stuff? Frame it and hang it on the wall is clearly no option unless you are a sick freak so 5k for a pair of underpants that spend their days in a drawer? Don't get. I am sure the guy who bought knew why he did want to stay annonyme