I was at a movie screening of “The Current War” (good movie), and my wife was laughing at how a movie involving Nikola Tesla and Thomas Edison, could involve autographs (Edison is asked, on three different occasions, to sign an autograph; one of those times being a doctor who came to treat his wife). I got home and turned on the news, and it was a less pleasant autograph story.

In San Diego, the Starlight Bowl amphitheater is being renovated. It’s the place Crosby, Stills, and Nash played their first show (and photos from that are on their first album sleeve). Someone doing a fundraiser for them, has collected multiple autographed guitars to auction off. Two weeks before Tom Petty died, when he played in town, he got the entire band to sign. That sold for $15,000. Well….they hadn’t sold the other autographed guitars, and the other night, the place was broken into. 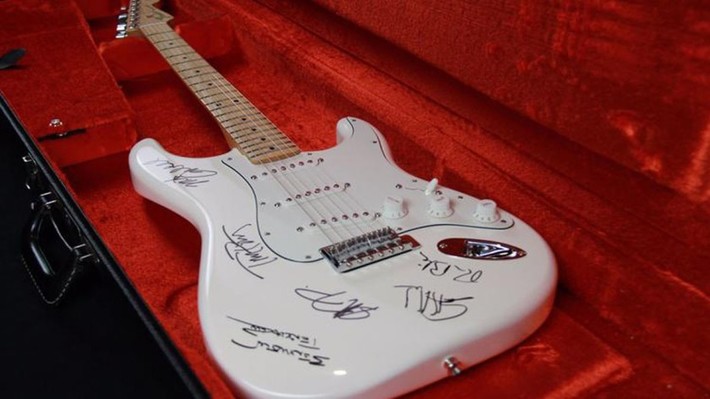 It’s estimated that $50,000 worth of stuff was stolen, and a lot of autographed guitars. What I’m wondering is...will the thieves get what those guitars would have sold for? Obviously, if they sold them to pawn shops, they’d be caught. And not paid nearly what they’re worth. And, you can’t just put these on eBay.

The thieves must have also been hungry. They took food and drinks, as well as video equipment and things worth money.

Some of the autographed guitars includes one by the B-52s, Styx, Keb’ Mo’, War, and fellow San Diegan Jason Mraz. Perhaps Mraz will hear about this story and donate some cash to help restore the classic venue in the beautiful and historic Balboa Park. 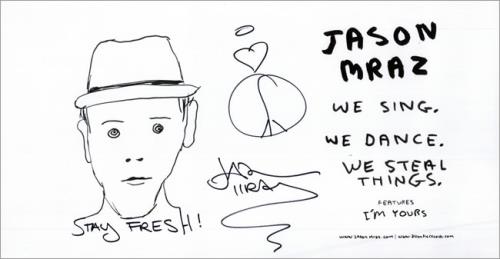 josh do you have any signed guitars?

I think I'll write a Blog about my autograph guitars and why I hate having them.

yes they can go on ebay and to get them back from ebay takes the police a few months .

hopefully they had pictures of every itiem that was stolen as the will be questionred to prove ownership.its very time coosiming and a long fight

If you Hate having them, why not Sale them??

How do u know I'm not selling them

Sorry, but I was talking to Josh. Notice that he made the comment about Hating his signed guitars...

Mostly because...people wouldn't give me what they are worth.

I sold signed albums a few years back. BIG NAME GROUPS. Moody Blues, Dolly Parton...and I had great prices, and people on this site still tried talking me down. So, I'd rather just keep them.

That's why I use auction houses no headache.  I just sold my eagles poster for over 5600 in auction.  And ton of other expensive stuff that I get nicked and dimed on here and racc. Actually Ebay been pretty decent in the last 2 months  for me

I always try to work out deals with people here but I can't compete with fake prices in the market.  My johnny cash guitar sold for 19k