Autographs You Don't Want -- The Bears and Beavers Edition 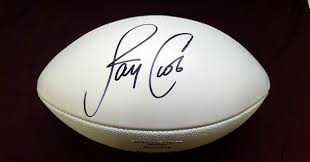 At a pet adoption charity auction recently at Bloomingdale’s in Michigan, there was a football autographed by Chicago Bears quarterback Jay Cutler. It’s always nice when athletes donate things to charity. Not so nice when they don’t receive a single bid!

The “Chosen Man’s Best Friend and Factor Felines” event didn’t exactly have a football crowd. The items that got bids included spa treatments and theatre tickets. But you’d think this football was signed by a quarterback they’d hate – Michael Vick.

One fan called following the event and said he’d pay the $100 starting bid price. He wanted the football for a birthday gift for his son. I’d love to hear that he opens the gift and asks, “Why not Peyton Manning?”

But seriously, talk about getting dogged by a dog crowd. I recently did an auction where I took a few people to dinner and a movie screening, and I got lots of bids! (but then, I did throw less interceptions than Cutler last year).

This story got me thinking a lot about the autographs in my collection. Mainly, autographs I didn’t care about.

I’ve purchased numerous from charity auctions because the opening bid was low, and nobody else placed a bid. At one auction, that meant a CD, T-shirt, and photo – all signed by Amy Grant. There was a poster and CD signed by Sophie B. Hawkins, and countless others that slip my mind at the moment. The first one I ever got that I didn’t care about was Dennis Connor. Mr. America’s Cup lived in San Diego, so I was bound to run into him. Problem was, I was 12-years-old. Sure, he just won his second America’s Cup, but it was my stepdad that said, while we were at the Del Mar Fair, “Go get his autograph! That guy is famous!”

Connor smiled, and wrote a big long inscription to me, and drew a sailboat on the paper.

He’s since made millions selling his paintings of sailboats.

The following year at Sea World, my family was watching one of the shows. They had Jerry Mathers (Leave it to Beaver) as a guest host. Afterwards, everyone was getting his autograph. My parents, knowing I loved to get signatures from the Padres, Chargers, and Clippers (when they were still in San Diego), asked enthusiastically, “Do you want to go get The Beavers autograph?”

I was more interested in the Eskimo Pies my mom promised, after an hour sitting in the hot sun.

Over the years I’ve gotten autographs from people I didn’t care that much about. The way Coachgd recently said in his blog…he had a ticket stub, and had Paul Revere sign it. I’ve had a ticket stub at many shows, and one of the band members would come out, and I’d have them sign it, even though it was somebody I wasn’t waiting to get. You just happen to be sitting at the bar, an hour after the show, and there’s the bassist standing next to you signing for somebody else. Might as well whip out your ticket stub (just pray he doesn’t say “Now why don’t ya buy me a drink!”)

Here are a few autographs I’ve gotten from people I didn’t care about, but had them sign anyway: A college basketball player at SDSU. I was getting the Lakers as they came out of the tunnel. This guy was a tall, African-American. I assumed he was somebody that sat on the bench I didn’t recognize. He said, “You know I’m not on the Lakers, right?” I said, “Of course.”

He replied, “You knew I played for the Aztecs?”

Mike Kennedy signed that Lakers program, and it may be the only autograph he ever signed (he never made the pros).

There was a huge boxing match, and I was in my early 20s. I had gotten Oscar de la Hoya to sign my glove, and was getting others to sign it as they were walking to and from the ring. One muscular Latino came out of the locker room and I handed my glove to him. He asked what I wanted and I said, “Your autograph.”

He replied, “Oh,” and signed the glove. He then said, “I’m not famous, though. I’ve only fought six amateur fights so far.”

I can’t read the name on the glove anyway, so if he becomes famous, I’ll never know I have his signature. 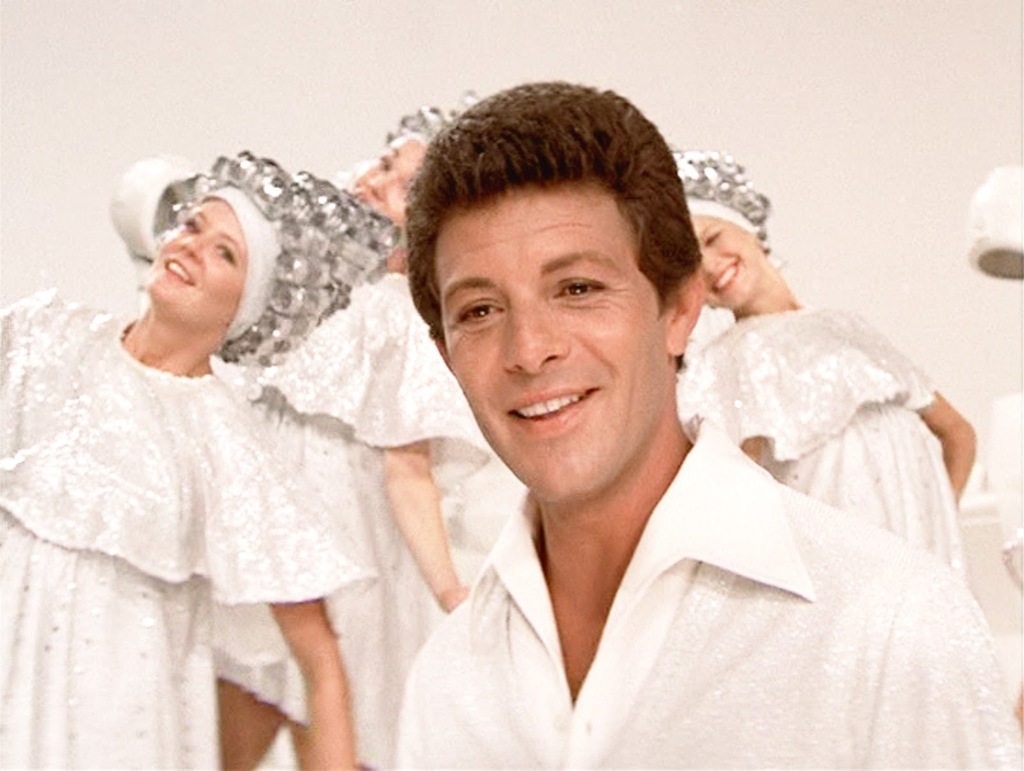 There was a time I was going to get Willie Nelson at a theatre he was performing at. Frankie Avalon was across the street performing with a touring production of Grease (he played the angel). I didn’t care about him, but had a friend that loved him. I brought an album for him to sign for her after the show. Had it not been, literally, right across the street…I wouldn’t have gotten him.

In my early days of collecting, I would’ve never gotten an autograph from somebody I wasn’t a fan of. The last 15 years I have, because I can either get it for somebody on an item (nothing makes a better gift), or I have the possibility of trading it to somebody in the future.

“What’s that? You love Frankie Valli and want to trade a Frank Sinatra autograph for my Valli? Sure!” I'm hoping, someday, to get Amy Grant's signature with a long inscription explaining that she wrote "Baby Baby" for her child. It was one of those things I'd argue regularly about with high school classmates.

A good read as always Josh! :)

You should list on here the ones you have you don't really want, maybeeeeee someone else here does.   Unless of course its too much work, then forget it - since it was work actually getting the auto lol.