It’s always weird when I’ve gotten an autograph from somebody that dies soon after. There have been many people I could’ve gotten signatures from, and I decide not to put the effort into going to the venue -- and they die a few months later. And I regret those. One of the most regretful of those moments comes when I worked as a DJ at a radio station and I brought winners backstage at a concert. It was Joe Cocker and Stevie Ray Vaughn. We were told by the promoters that we would only be allowed to go into one of the dressing rooms. The winners didn’t have a preference, so they asked me who I’d rather meet. I decided Joe Cocker. I didn’t realize Vaughn would die in a helicopter crash about a year later, or that I’d end up meeting Cocker countless more times over the years. 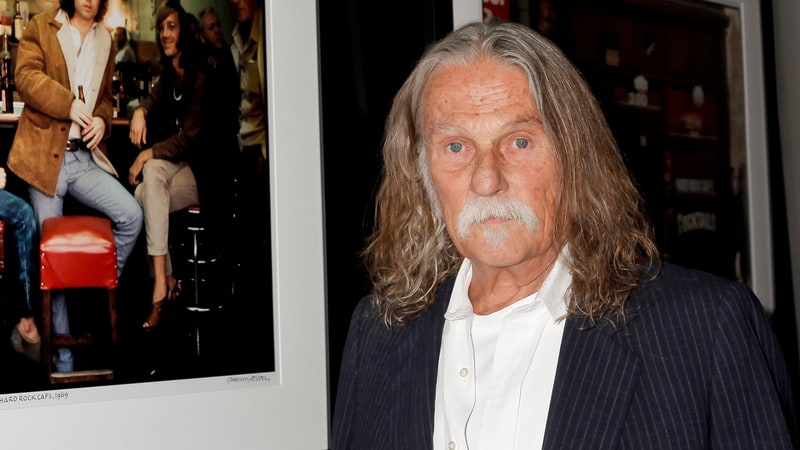 A different situation happened the other day. I heard that artist Gary Burden died at 84. He’s a guy that’s been art director on some big albums -- Joni Mitchell’s “Blue” and The Doors “Morrison Hotel,” My Morning Jacket, the first four Eagles albums, as well as lots of icon covers for Neil Young. Now, I had spent a pretty penny buying a Morrison Hotel album autographed by Jim Morrison. I then spent about 25 years getting it signed by everybody on that album. Obviously, the other Doors are on it. But I got John Sebastian, who played harmonica on “Roadhouse Blues.” I got it signed by Lonnie Mack (who died a few years ago). With him, I went to his website and they were selling autographed CDs. I contacted them and asked if I bought a few CDs and other things from the website, would he also sign my album. They said he would, and I sent it to them (not something I’d normally recommend, as that’s not a piece you want lost in the mail).

I got it signed by Ray Neapolitan, who played on it, and was Cocker’s longtime keyboardist. The man who took the cover photo was Henry Diltz. He’s done album covers for over 200 artists, and when I interviewed him for a story, I had him sign it. The local news even showed him holding my album as he said, “I’ve never autographed anything The Doors also signed. I’m honored.”

The one person that hadn’t signed it was the “art director” -- Gary Burden. Now, I’ve had a lot of luck with a much more talented Burden -- Eric Burdon, the singer of The Animals, ogne of my favorite 60s bands. I’ve gotten him many times, and at some point, I’ll do a blog about all the weird moments I’ve had with him.

When I contacted Burden and told him that my Morrison Hotel album is signed by everyone on that album except him, he responded that he’d be glad to sign it. He gave me an address to send it to.

About one hour later, I got an email from him. It was rather rude, and he was saying, “I didn’t realize what I got myself in to. I just did some research on you, and found out you’re an autograph dealer. I didn’t know this was something you were doing to make money off of me. I wish I would’ve never told you I’d sign the album.”

I then Googled myself. Something I had never done before. After all, I wanted to see what it was he saw that turned him off to doing this. The first thing that popped up was a story I did for Autograph about Michael Jackson and how much his autograph was worth (I believe it was right after he died). So, I sent a message back to Burden telling him that I’m not an autograph dealer, and that I was a collector and also a writer. I told him The Doors were my favorite band, and this is one of my favorite albums. I also told him that by getting his signature, the album would actually be worth less. Now, I didn’t say that to be rude. It’s just a fact. A Doors album signed by the band...is worth significantly more than that same album signed by a bunch of names nobody knows, that were associated with that album. I went into details about an argument I had on this website, about somebody that thought a baseball autographed by the Yankees with Babe Ruth is worth less than Ruth by himself. He was wrong (I believe). No hardcore baseball fan, would rather have Ruth by himself, as oppose to a Ruth signature on the sweet spot of a baseball, and a few other Yankees around it. Unless one of those players signed over Ruth. That would be a shame (just as when Michael Jordan, after being a jerk to me in the locker room, signed his name over Dominique Wilkins...but that’s another story for another time).

Burden then sent me back an email telling me that I needed to think about seeing a psychiatrist, and that nobody sends emails that long, and that he didn’t even bother reading it. I do admit, I send long emails. But I’d rather be thorough when I’m explaining something to someone. He ended by saying, “Send me your damn album, I’ll sign it, since I already promised you I would.”

Burden actually won a Grammy Award for “Best Boxed Set Packaging” for Neil Young Archives, although it’s his 1974 Young album “On the Beach” that was my favorite. 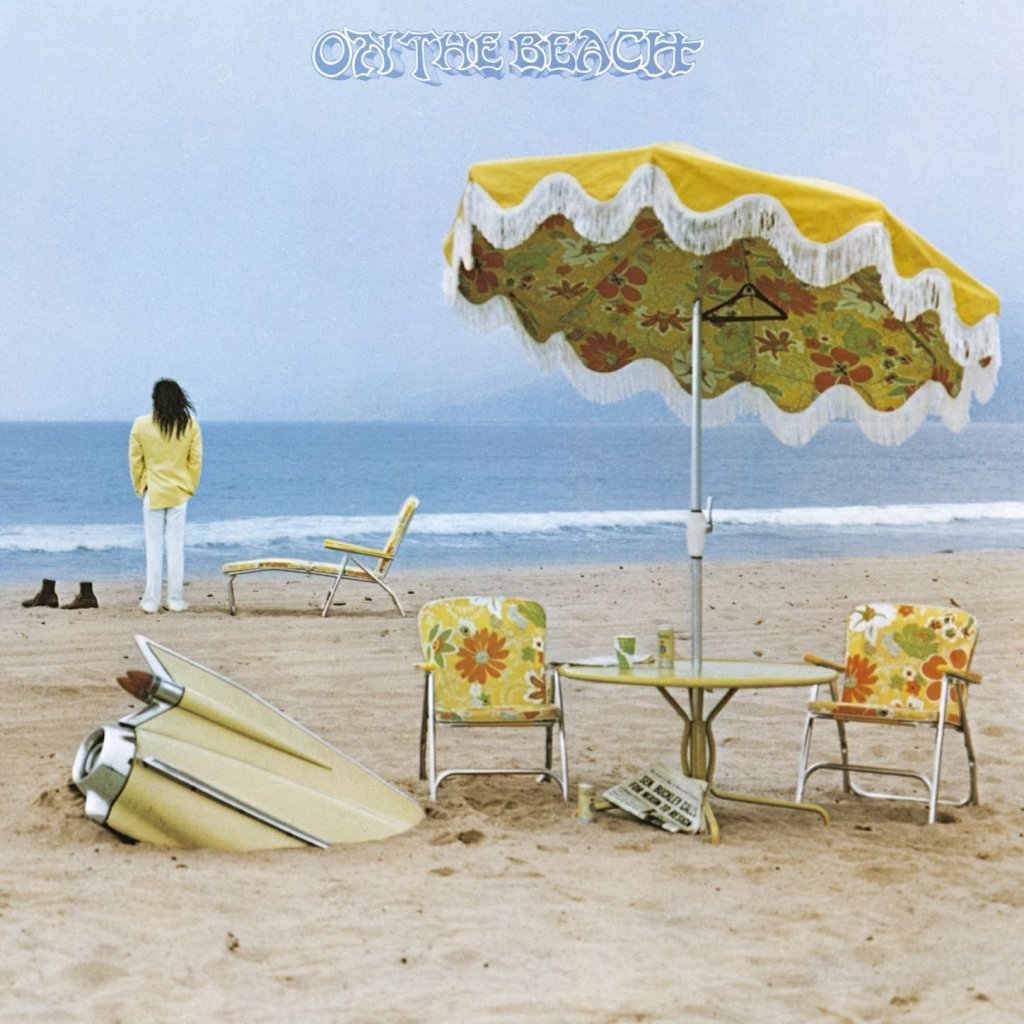 Burden has worked on albums, and I always loved that art work was such a big part of vinyl. Something that got pushed aside when CDs came out, and now that people download songs, it’ll really be pushed aside.

I appreciate what Gary Burden did for album cover art, but I don’t appreciate how he treated me. Neil Young, upon hearing of this death, said he had a heavy heart. I wish I did.

Great post, Josh. That's really funny that Gary Burden just initialed the LP. He didn't want to sign it but felt obligated to do so, so that was his compromise. What a character. I love the Animals too, and look forward to reading about your encounters with Eric Burdon.

Thanks for the kind words, Ballroom.

The only artist that died soon after I met him was Jimi Jamison- the lead singer of Survivor.  It was August of 2014 and the band had reunited with both singers- Jamison and David Bickler (vocalist on Eye of the Tiger).  I had free tickets to the show and figured I'd relive the early 80s.  I had just started getting music autographs that year and decided to go out back and see if I could meet the band.

Frankie Sullivian, Bickler and Jamison all came back and were great and signed for the fans that were waiting.  I got Jamison and Sullivan on "Vital Signs" and Bickler signed it as well (even though he wasn't on it).  I know, I was a rookie.

I also got a picture with Sullivan and Bickler.  Jimi was talking with two girls who he knew and I didn't want to interrupt.  When they finished talking he started to walk to the van.  My friend, who had already gotten a picture with him, told me to call him over.  I said "No, I don't want to bother him.  I'll get him next time."

Well, two weeks later, he passed away in his hotel room after a show in California.  Not that he was the biggest star, but man, I wish I would have gotten that picture.  At least I got the album.

Nice read and funny story. I would have s*** my pants to send such a high value item to someone I know is not on my side. Being 42 now I was right there when CD's became big and of course stored away all my vinyl and only bought CD's until a couple of years ago. Now I try to get rid of the worthless CD's and replace them with vinyl. There is so much more value in a vinyl record then a CD. You can see it even when signed, sometimes it seems none cares about signed CD's prices are even lower then signed pictures but a signed vinyl is valued much higher then the actual price difference between the CD and the LP.

About Burdon I just looked up my favorite Young LP cover that I actually own signed. It is Stars n bars and found out this wasn't done by Burdon.