A rare parchment copy of the Declaration of Independence made in Washington in the 1820s for James Madison has been found. It’s one of 51 that are known to exist, and if you’re interested in buying it, well...you’re too late. Billionaire philanthropist David M. Rubenstein snapped it up.

It’s a facsimile made from the original handwritten calf skin document crafted in Philadelphia in 1776. It even bears the image of the Declaration. 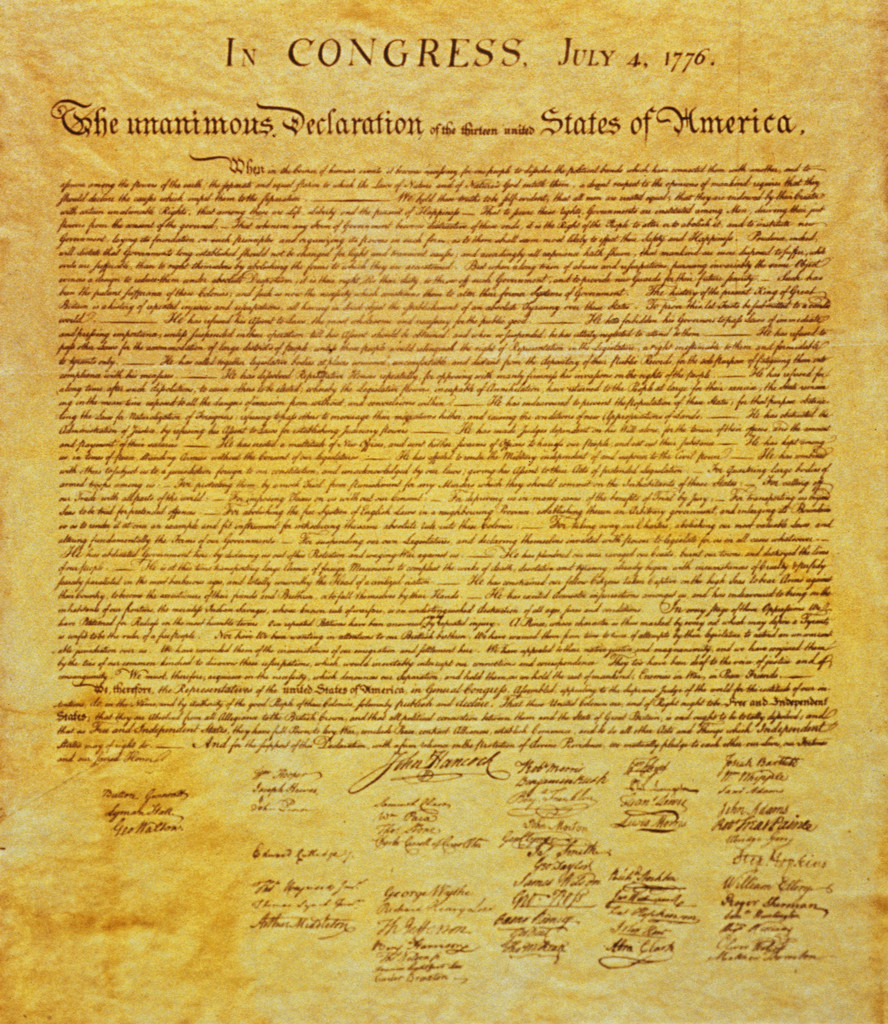 Apparently, 200 of them were ordered by Secretary of State John Quincy Adams (who would later become President). That’s because the original was looking worn (it was, after all, 40 years old).

Master engraver William Stone made the copies in his shop near the White House, and he did something I would’ve done -- created an extra one for himself.

The facsimiles were distributed to Congress, the White House, and other high ranking politicians. Not many have surfaced, and Rubenstein seems greedy when it comes to these documents. He owns five of the Declaration copies, although a few of them have been lent out for display, as will this copy. It’s first stop -- the Smithsonian National Museum of American History. If another one pops up, I’ll let you know. Another interesting historic item popped up recently. It was tucked into a leather-bound almanac in archives at New York’s Union College. It was an envelope with the words “Washington’s hair” on it.

Not from jazz great Grover Washington, Jr. or Oscar-winning actor Denzel Washington, but the father of our country -- George Washington.

The silvery hair was tied with a thread. Now, they can’t confirm it’s the real deal, although the almanac was from 1793, and belonged to Philip J. Schuyler, son of Gen. Philip Schuyler, who served under Washington during the Revolutionary War and founded Union College in 1795. And apparently, locks of hair were frequently given as gifts during Washington’s day. It’s likely Martha Washington gave the snip of her husband’s hair to Eliza Schuyler, daughter of the general and wife of Alexander Hamilton.

I think it’s strange that given hair was a thing back then. It’s like...I can imagine Martha saying “Oh rats, I meant to bake a cherry pie for the pot luck.”

“No worries, just give me some scissors,” George would say, as he clips some hair to give to the party hosts.

They are planning to display the hair, but not have it put through DNA testing, since that would destroy some of it and it’s not always reliable without the root attached.

That story reminded me of two things. A photographer I know was working part time at a library in San Diego. He was looking around the box of books for sale for $1. He found one autographed by Martin Luther King, Jr. Sometimes you can find treasures there. I was once at a library and bought books signed by President Richard Nixon and J. Edgar Hoover, although I did pay $100 each for them.

Now, regarding hair...I played racquetball for 20 years with a guy whose aunt once cut Elvis Presley’s hair. A man called the barber shop saying if she picked that hair up off the floor, he’d buy it all for $200. She did that. When he called back asking for more, she figured...there’s some black hair on the floor over there, I’ll just say it’s from the King. She did that a handful (no pun intended) of times and made some good money. And it cracks me up every time I see a strand of black hair for $25 that somebody is selling, claiming that it’s from Elvis.