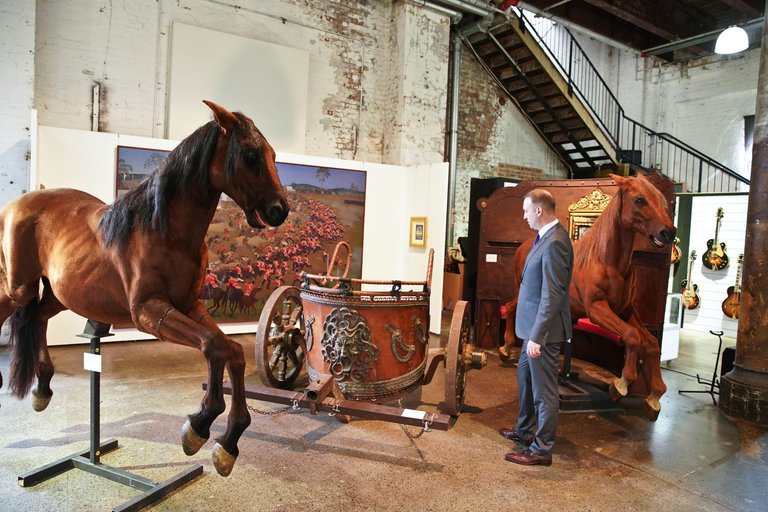 There have been a number of clips of Arnold Schwarzenegger getting out of the hospital after his open-heart surgery, and he’s signing lots of autographs. I think it’s funny that the first thing he said when he woke up from surgery is “I’m back!”

I remember a friend, whose dad was a retired police officer and he was working security for Arnold, told us about a stop he’d be making at a local Mexican restaurant. We got a table, ordered food, and I had the Terminator DVD for him to sign. Only one other autograph collector got wind of his appearance there, and he had various body-3building magazines with him on the cover. About 15 minutes before he arrived, a few security people combed the restaurant, and I quickly put my DVD away. I didn’t want them knowing I was going to ask for an autograph.

He walked in, and immediately went up to the guy with the magazines and signed them both. He then talked to that table about his policies as governor. He went up to each table, and when he approached ours, I asked if he’d sign the DVD. He ignored me, and did his same speal about policies. He walked away without signing, and I promptly followed him around the restaurant. He didn’t sign, but I was able to get a piece of paper with his various policies on it, that he was handing out. When he handed it to me, I asked if he could sign it. He sighed, snatched it back, and signed it. Not as cool as a DVD, but hey...I’m not complaining. On another note, I have a friend that got a signed letter from him regarding his company doing a charity event. He said he’d give that to me, but I’m guessing it’s auto-penned.

Speaking of “pen,” Sean Penn has been at two bookstores, on two different days, here in San Diego. I didn’t bother going because...he’s only selling the pre-signed book, and I heard the book sucked. I even read excerpts of it. Unless I was going to get him to sign my Fast Times or Mystic River DVD, really...what was the point. The dude is such a moron. And at these events, he’s smoking and not answering questions. So bizarre.

Oh wait, this blog was supposed to be about muscle men. So, on to Russell Crowe. Sure, he’s more of a tubby man now, but he used to have muscles. Remember Gladiator? Or the terrific, underrated boxing movie “Cinderella Man.”

He got nominated, and won, an Oscar. And apparently, that’s not enough to pay the bills. And you probably know you’re not allowed to sell an Oscar you won. The Academy has the right to buy it back for $1 if they ever see one for sale. So, when you’re an Oscar winner that needs money, what do you do? Well of course, I’d say you do a few autograph signings. The amount of times I’d see Val Kilmer doing those was crazy. Instead, he decided to sell his movie memorabilia.

The Sotheby’s auction in Sydney Crowe put on was called “The Art of Divorce,” and he said it was helping him pay for his divorce from Danielle Spencer. The last time I remember somebody doing that was John Cleese. He did a comedy tour, and said it was all to raise money for what he owed a third wife. Maybe it was his second wife, I can’t keep track.

This worked for Crowe. He made $3 million selling 200 items. He even showed up for the event on his 54th birthday. Crowe joked on Twitter that because it was five hours of time, he made a good hourly rate. I thought that was an odd thing to do because, I’m guessing some of the items he had the studio was nice enough to give him. In the future, it might keep studios from letting stars have all the props. Especially when the studio can sell those (and often they do, for charity).

The breastplate Crowe wore when he played Maximus went for $125,000. The matching leather wrist cuffs were cheaper at $32,000. No word on if the same buyer got them.

The Navy dress blues he wore in “Master and Commander” went for $115,000, which baffles me.

When I found out the leather jockstrap Crowe wore in Cinderella Man went for $7,000, I immediately thought of Zac Efron. Wait, that sounded weird, didn’t it? Let me explain. The studio that made “Bad Grandpa” with Aubrey Plaza, Robert De Niro, and Zac...was selling the bumble bee bikini he wore on the beach for $50. Nobody had bid on it, and I considered it. The idea that a prop was selling that cheap just seemed like something I should snatch up. At the end of the day, I just couldn’t justify getting it, though. And hey, I once spent $50 for one of the toga outfits Albert Brooks wore in “Defending Your Life.” It’s one of the best comedies ever, and I still think that’s one of the best deals I ever got on a piece of memorabilia.

When Crowe showed up at the auction, I wonder if he signed any of the items. I always find it fascinating that a lot of people don’t do that. For example, he auctioned off some guitars (remember he had that horrible band called “10 Foot Pole” or something? I had a friend show up to get his autograph when they played in town and he just walked right by the collectors).

Anyway, wouldn’t those fetch more if signed? Same with the breastplate from Gladiator. Surely it would look cooler sitting in your den, with his name written across it. Even if it were his character name.

good story or should I say stories and especially because I'm a fan of each celeb you mentioned.