Chewbacca Died. Yes, he also turned me down for an Autograph 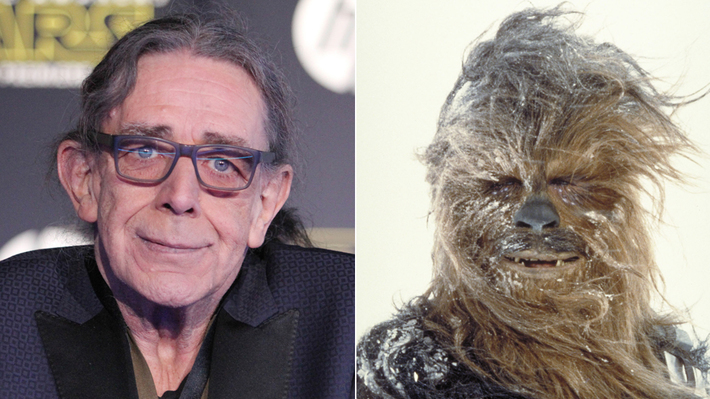 Peter Mayhew, the 7’3” actor who played Chewbacca, has died at 74. He got his start in movies in "Sinbad and the Eye of the Tiger," which when I saw as a kid, blew me away with the special effects (if you watch it now, it will feel very, very dated). For the first "Star Wars" (he did 5 of the Star Wars films), it was actually David Browse, a weight-lifter/body builder they wanted for Chewbacca. He wanted to play Darth Vader, so that's how the part ended up going to Mayhew.

Since CinemaCon takes place in my backyard in San Diego, I’ve seen him every year there signing autographs. He has always gotten a booth and charged $25. I regret not getting it, the time Carrie Fisher and Mark Hamill were there. They were charging $35 a piece, and the idea of getting them on a Star Wars photo, and having Peter sign it, was tempting. But I thought -- spending almost $100 on the photo wasn’t worth it (turns out, it would’ve been worth it).

One year, I found out that the stars at ComicCon are told they HAVE TO SIGN autographs for free. Well, at least one autograph for free. The only stipulation is, they can refuse to sign memorabilia. ComicCon didn’t like the bad PR from people charging for signatures. That was the year I thought I’d get Mayhew to sign. And he turned me down!!! It turns out, that rule only applied to the actors and animators that were there to promote something else. Actors that paid for their own booth (the way Lou Ferrigno, aka The Hulk), can do what they want. So he refused to sign for me.

That night, I was at a steakhouse near the convention center. My two female friends both said, “Oh my god, look how tall that guy is?” I turned around, and saw it was Mayhew coming in for dinner, all by himself. I then wondered...if I approached him, would he sign for me. But the idea of bothering the guy during dinner, to have him sign a bar napkin, just wasn’t worth it.

Anyway, at least the guy got to make a living off of Chewbacca. I’m sure when he was filming that little sci-fi picture in the desert, he had no idea how big it would all become. 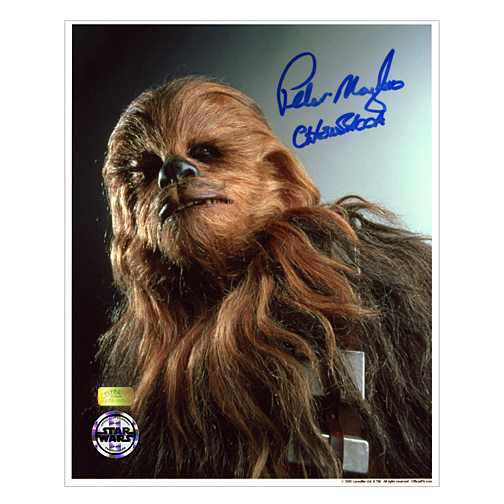 I have a friend who attended a lot of comic cons and got me some Star Wars autos but for some reason he either never saw Peter or I stopped collecting when he did.

He fascinated me because he seemed to be a guy who always did autograph conventions and always seemed to be in the middle of friendliness. Far from a Lou Ferrigno type but also not the most outgoing from what I've heard. I think he's probably done shows as far back as there were shows and I hope he made a lot of money.

As far as a "freebie" from Peter. There's a guy who posts on facebook autograph pages that he took four life size cut outs (Vader, Chewbacca, R2 and one other SW character) to a show and all four agreed to take pics together with the guy (all four in one pic) and for free. For some reason Prowse backed out but it was Peter who called him back to do the photo. On top of that, they all signed the photo for free after the fan had it printed out.

Oh, and just to be clear...I didn't mean to diss Peter for not signing. That's what he did for a living, as I'm sure acting offers weren't flying in for a 7'3" actor. And, it was I who wasn't aware of the rules, on what section of the convention people HAD TO SIGN at least one autograph for free.

I know you weren't being negative about him. It's just interesting to see a guy like Peter who, at this point, is pretty well known in the autograph circles for always charging, not only taking a photo and signing for free but making sure his cast mate also did the same thing.

Any other stories of meeting Star Wars actors? Or ttm responses from them?

I've never met any other Star Wars cast members. Well....wait, that's not true. I met Ewan McGregor a few years ago at an awards show (does that count?). I told him I loved the movie "Beginners" and he said thanks. That was the extent of that.

That story about Peter signing, reminded me of a friend of mine who loved wrestling, as did a guy in his heavy metal band. He took the guys bass guitar at some autograph signing to have two wrestlers sign it. I forget the guy, but he was a big name wrestler. He told him how much of a fan he was, and he gladly signed it. Then he went over to Chyna. She refused, saying she doesn't sign other memorabilia, just the 8x10s they had. The male wrestler yelled, "Hey...sign his damn guitar!!!" She then took the Sharpie and signed it. It's always nice when one of their contemporaries talk them into signing.

I love when graphs come easy and fast but it's this stories that stay in our minds. The last time the band Mr. Big went on tour I decided to go for them. Eric Martin the singer is as easy as they come he is very nice and talkes to fans for hours. The late Pat Torpey was at the tour bus just until 10 min. before the meet and greet and got guided out, he gladly signed for each of the 6 of us waiting and not having payed for the meet and greet anyway. After the concert I haded back to where the tour bus was and the onyl one showing up was Eric. As he spotted me he asked what I am doing in this damn cold, it was freezing. I told him I need Paul and Billy. He smiled at me took my LP and said wait a secound. 5 min later he came out with my LP signed by Paul and told me Billy is coming out himself to sign for the fans, what he did about 30 min later. Besides of the meet and greet guys I was the only one that got Paul that day thanks to Eric.

I'll drink to that! 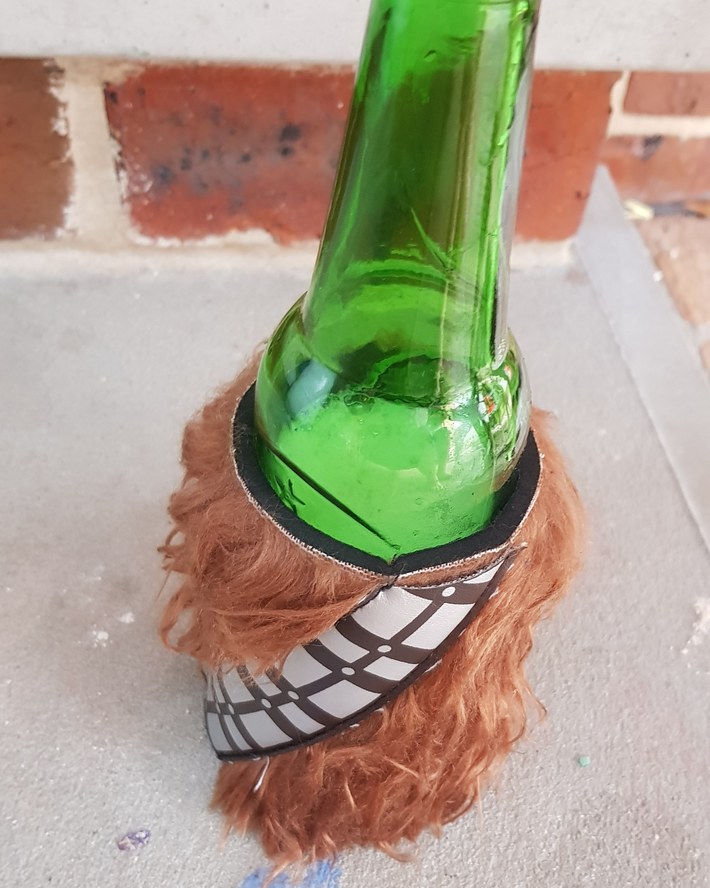