First, I want to show you the two forged Derek Jeter cards.

These were authenticated by Certified Authentication Service (CAS).

I would like to know the person(s) who authenticated these.

Here's a question I have for CAS:

So here's my question:  What exemplar did you (CAS) use to authenticate these? 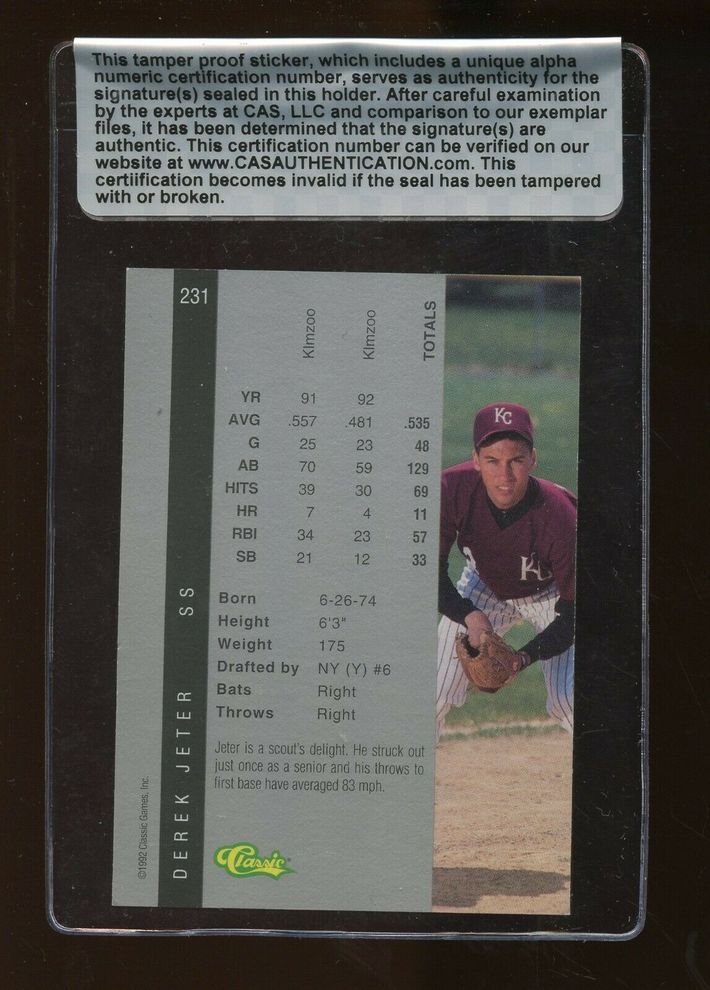 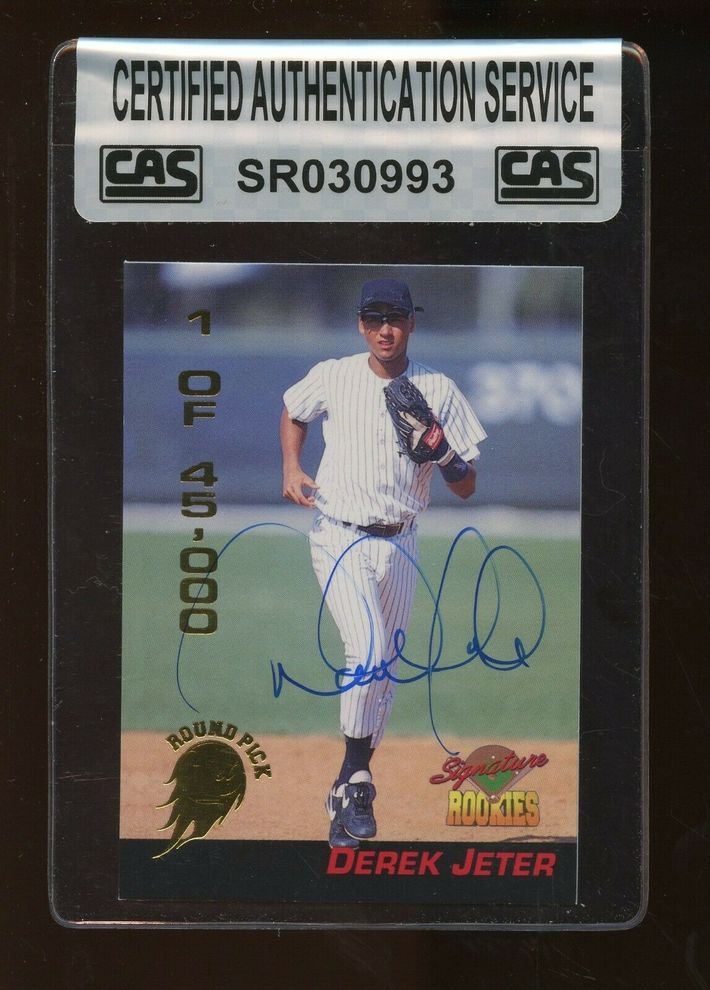 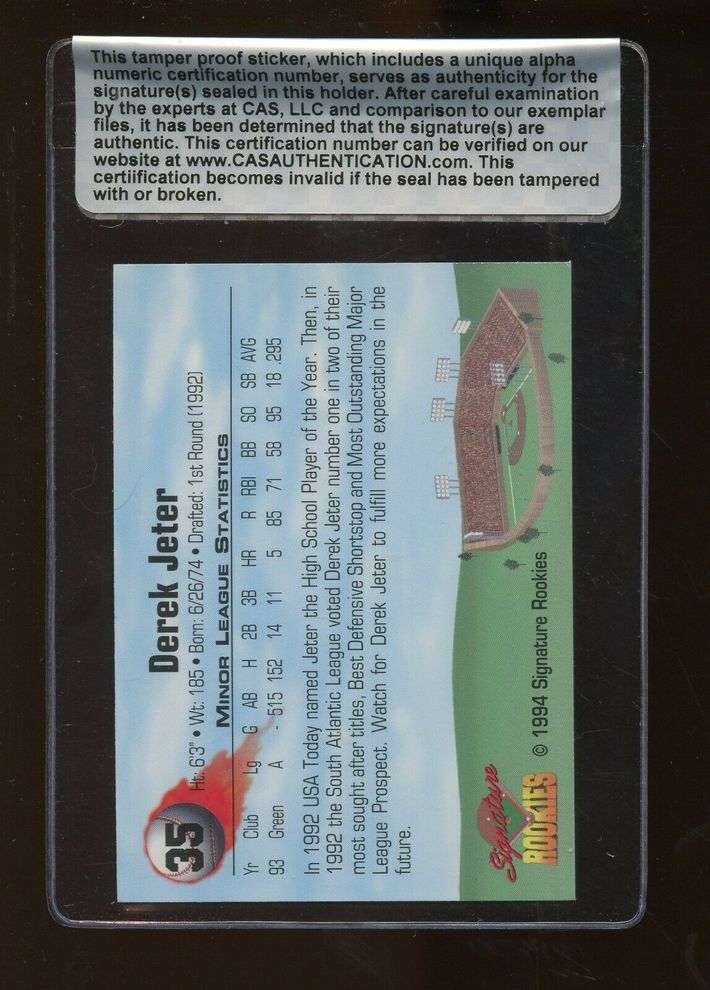 Below is the same-style Derek Jeter forgery that was initially listed by Ebay seller TNTNorthnj.  The above and below were penned by the same person. 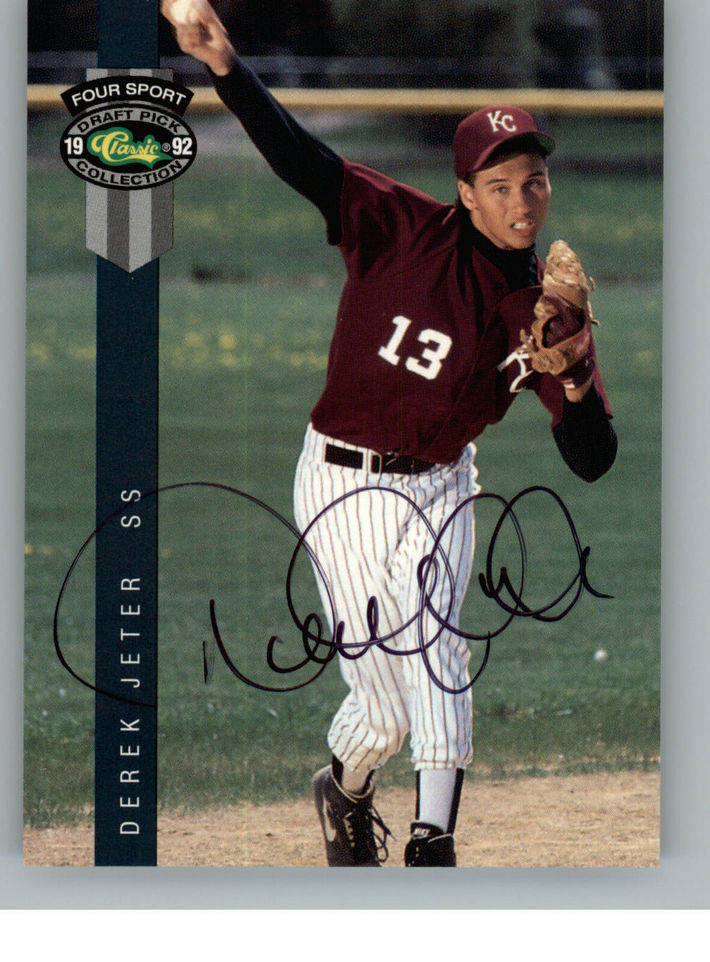 Below is a forged/counterfeit Derek Jeter "1996 Leaf Signature" card.

These have been listed and sold by the same people who have been selling the various Jeter, Koufax, Starr, Mays, etc. forged/counterfeit cards.

The same person who penned the below forged Jeter, also penned the above forged Derek Jeter cards. 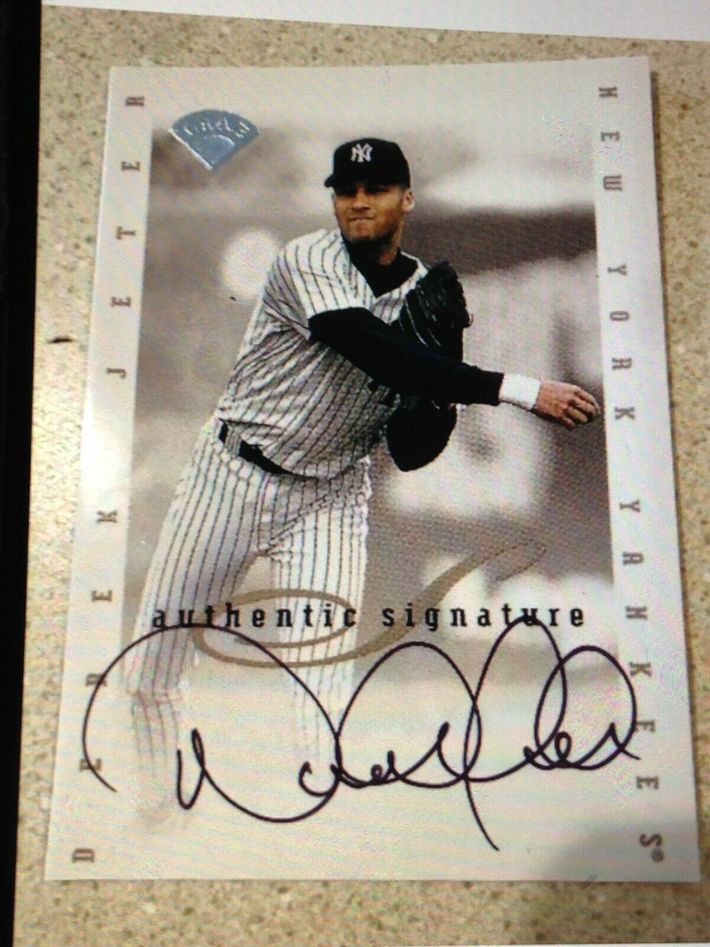 My observations tell me these are all coming from north New Jersey.

Ebay sellers BC-Jack and Daniecarchi-0 sold over 50 forged/counterfeit Kobe Bryant "2000-01 Upper Deck Ovation" cards between the two of them.  They have their locations listed as Caldwell. NJ.

Here's yet another forged Derek Jeter card listed by Ebay seller Eclarkjr and slabbed as "Authentic" by CAS (Mike Root).