Josh Brolin, who does a great impersonation of Tommy Lee Jones in the latest Men and Black (which is also a great movie; take it from me, I'm a film critic).

Brolin was talking about all the various countries he has been going to for premieres and walking the red carpet. Brolin said people will yell out for his autograph, and he'll sign. They'll then look down at the paper and say "What's your name?" He found that hysterical, that somebody would ask for your autograph, and not even know who you were.

Conan then said that the first big time screening he went to when he had his show and was getting a bit more famous, somebody kept yelling "Conan! Conan! Conan!" It was all photographers, and he turned around to smile, only to be told "You're in the way. We're trying to get photos of [insert more famous star here]."

Conan also said he's gone on the red carpet, and signed lots of autographs, only to leave later that night, and see them all over the ground. They both laughed at that.

Stu Lantz, the former NBA star (and now broadcaster for the Lakers), told me a similar story when I was in high school (I played basketball against his son and a rival high school). He said people would be yelling for he and Pete Maravich, and a few others. They'd all sign. And they'd stand there for hours signing. The next morning, when going to the arena for practice, they see all the pieces of paper with their signatures on the ground.

Conan is the man! P 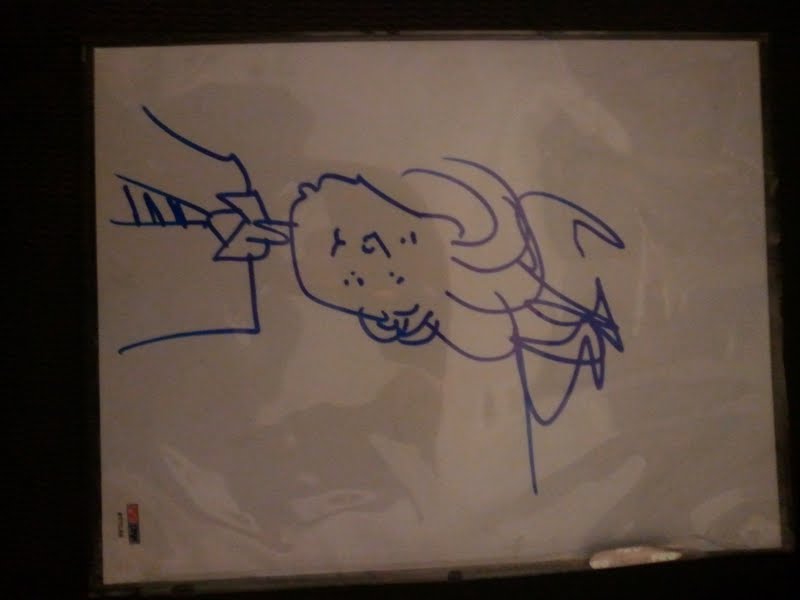 eople who ask for autos from people they have no clue who they are give us real fans and collectors a bad name! If u dont know who it is leave them alone and walk away! This is my Conan auto with sketch!