Have you ever held in your very own hands, a Jeannie bottle? Yes, a Jeannie bottle from the TV show I Dream of Jeannie. Well it is a fun thing to do. You find yourself opening the top, and even rubbing the sides to see if Jeannie is going to rise out in a puff of smoke.

However, if she does not come out, then perhaps, you are holding in your hands a very rare and unique collectable.

Mario is a guy I met many years ago while attending the Chiller Theater Con in New Jersey. I am a writer and cover these shows to interview celebrities and produce and article or column on it. Mario was at that time offering the unique Jeannie Bottles he was marketing, as well, as being involved with actors Larry Hagman, Barbara Eden and Bill Daily and so many more celebs.

Mario also has created some incredible artwork, and paintings. Many of these are of film stars such as Larry Hagman, Marilyn Monroe and many more.

But let’s reminisce a bit, and go back to Saturday morning daytime TV. A NEW project Mario is doing currently may ring a bell with many of you.

Here is a little tune you may know, and if so, feel free to sing it out loud.

H.R. Pufnstuff, who's your friend when things get rough? H.R. Pufnstuff Can't do a little cause he can't do enough.

Yes, H.R. PuffnStuff. This show aired seventeen episodes and was broadcast from September 6, 1969 to December 27, 1969. It had a huge fan following back then, and still to this day. It is quite funny, nostalgic, and trippy, to view this show as an adult now. And I mean watched by people that are not high as well.

Mario Has been commissioned by the Krofft brothers to create and market none other than, Freddy, the Magical Flute!

I interviewed Mario for this article, and here is that Q & A.

Mark- You are an artist, celebrity manager, marketer of the Jeannie Bottles we all love, and so much more! What got you involved in the field of what you do currently and what were your influences?

Mario- My influence was “LIFE “itself, the changes of this world didn’t just slip by me, and accepted it as “progress” in fact it had an impact on me. I saw little by little, and then chunk by chunk of our innocents being taken away from us, and I felt it was needed to be preserved,  (even if in a small way).. I thought to myself how do I reach the people to let them know they are not alone if there are others like me out there that were truly missing the memories of yesteryear?

Mark- Did you grow up always watching many favorite shows on TV?

Mario- I would Danger Danger Will Robinson until my arms would hurt from going up and down and I would put a towel around my head and blink like I had something in both my eyes and bob my head until I got a neck ache!

Mark- You have been commissioned to do your art in many genres, but you are now doing Freddy the Flute art and a gallery line of him from H.R. Puffnstuff. How did this project come about, as I know you have the endorsement from Sid and Marty Krofft?

Mario- Freddy The Magic Flute was born from the wondrous minds of Sid & Marty Krofft, they were very much ahead of their time. Freddy the flute to me was in every way the same as Jeannie’s Bottle. It was something you always wanted, and could never ever get! They once had a plastic Flute that came FREE in a cereal box that now sells for over $300 on eBay, but that just didn’t quite hit the spot. I needed to do with Freddy what I did with Jeannie’s bottle and bring it into existence.  Kendra Krofft, (daughter of Marty Krofft) approached me after she had seen a sampling of my Freddy the Magic Golden flute that I put online, and I was invited to meet with her and Marty at CBS. By the time I got there, they did their research on me, and my artwork. The Kroffts understood that my main goal is to successfully continue to bring back the true innocents of yesteryear, and to do so with Class & Elegance.

Mark- I know Larry Hagman recently passed and I was lucky to have interviewed him and Barbara Eden thanks to you. Tell me a little bit about Larry.

Mario- I have been very lucky and so honored to have had actor Larry Hagman in my life. Larry was very much like a Father figure to me in many ways and it was Larry that opened my eyes when it came to making sure that that I showed how uniquely committed I am to assisting those who struggle with the present.

Mark- Tell us about the process of creating a Freddy the Flute.

Mario- Freddy isn’t easy to make at all! In fact it takes a lot to complete just one. He has to be perfect; he has to not only look beautiful, he has to have his face PERFECT. He also has to have the beautiful crystals set in the exact location as the original to give his the original look, and he has to PLAY. To create perfect artwork is difficult by itself, but to make it “functional” requires many extra-dedicated hours!

Here are a few testimonials from some famous people about Mario and his works.

Ian Zering said “Mario Della Casa is an amazing Artist and I own several pieces of his artwork. HR PuffinStuf was a childhood favorite of mine and Freddie the Flute is an awesome keepsake! You seriously need to start a Mario Della Casa Collection!"

From Barbara Eden and her husband "We have known Mario for a number of years initially due to his well known 'Jeannie Bottles' . His very professional reproductions of the Jeannie Bottles are complemented by his artistic talent evidenced in his varied works including jewelry design, paintings, murals etc. He has a special talent, he is a Good Friend and we love his work. Barbara Eden and Jon Eicholtz"

"For several years now, I have worked alongside Mario Della Casa and have constantly been amazed and moved by his art. His versatility and understanding of his subjects is evident in his remarkable technique. Being that Barbara Eden is a client of mine, I have personally seen the reaction of the world to his "Jeannie" bottles and am very impressed by the integrity and beauty of every piece. I am also honored that he has also painted a portrait of me. It is as special to me as the talent of this master artist."

Mario also tells me that he is honored that his art is now coveted by the very community he endeavors to memorialize, to name a few, are Valerie Harper, Pamela Anderson, Barbara Eden, Larry Hagman, Charlene Tilton, Renee Taylor, Linda Blair, Kate Mulgrew, Penny Marshal and Cindy Williams are among those that own or have his work. Aaron Spelling, Laurence Fishburne and the Museum of Television’s James Comisar , Davis W. Streets and other Hollywood notables have my artwork.

Mario is quite talented, and his works are great.

I just wonder, did Jeannie blink her eyes and help Mario in his talents and projects, or did Mario just rely on Freddy the Flutes magic powers, we shall never know!!

To acquire the New Freddy the Flute, Jeannie Bottles, or other work you would like done by Mario, here are a few of his websites. 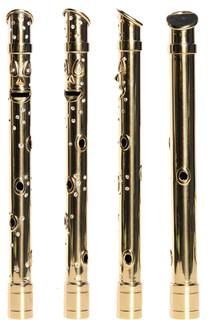