It's been awhile since I've written a blog.  As we all know, 2020 has been horrible on many fronts but I will keep this to getting autographs.  It may be a few more months before we will see in-person autographs again.

For me, the last in-person autograph I got was Nick Beggs from Kajagoogoo (current bassist for Howard Jones) and Howard Jones.  Both of those were in March.  I also got Ian Hill from Iron Maiden and a few guys from Orleans, Pure Prairie League and FireFall (they played a triple bill) earlier in the year when they played shows in my area.

One of the things I decided to do to keep my autograph collection alive was to send some things Through The Mail.  I usually only do this a couple of times a year.  However, because I had so much time on my hands and I've heard that some decent musicians were signing their mail, I decided to send out a few more than normal.

Now, this will never replace the thrill of meeting someone in person, having a quick chat and maybe getting a picture with that musician.  But in 2020, I will take what I can get and I have had some pretty great success this year.

Some things about sending things TTM is: 1. Is the artist really signing the items or is it someone else?  2.  Will you get your items back?  Remember, do not send something you are not willing to lose.  I would be leery sending photos, albums and CDs signed by other band members unless you know you will get it back.  I took the chance on a couple of items, and luckily, I got them all back!

Here are some of the TTM's that I got so far.  I have gotten 100% return rate, however I believe my Billy Gibbons is secretarial- the others all all legit.

Charlie Watts has been a great signer TTM.  I got a drum head and he signed one of his signature sticks.

Gary Rossington- I sent him an album, "Street Survivors" already signed by Artimus Pyle.  I get it sent back with a scathing letter from his wife Dale, stating that Gary will not sign anything that Artimus has signed and she was sorry that he "ruined your album" by signing his and RVZ to it.  I wrote a letter back stating that I didn't mean to offend him or her, I was just a fan.  I enclosed a drum head because I couldn't find another Skynyrd album in good shape.  I end up getting the drum head and she threw in a current Lynyard Skynyrd band photo signed as well as 10 Gary Rossington guitar pics.  I guess a nice letter goes a long way.  I hear they are now refusing any mail. 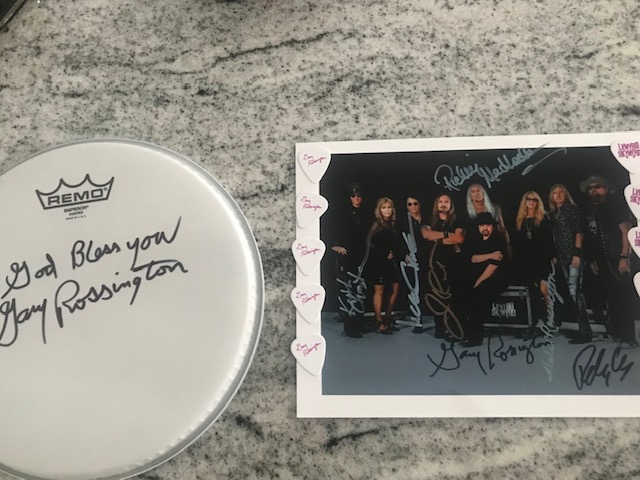 I heard that Ian Paice from Deep Purple was also a good TTM signer.  Being a concert photographer, I thought it would be cool to print up a couple of shots that I took of Ian and see if he would sign them.  I also included a pair of his signature sticks (I used to be a drummer).  I get both pix back, signed as well as his signature sticks and he threw in a pair of his stage sticks signed in green.  Nice return!

I took a chance and sent my KISS program to Tommy Thayer.  It had Simmons, Vincent, Criss, Frehley, Kulick and Singer already on it.  If I knew I might not get it back, I would have never sent it. Luckily, after a few months, I got it back signed by Tommy as well as a meet and greet photo I had gotten with the band.  Now, if I can only get Paul to compete it. 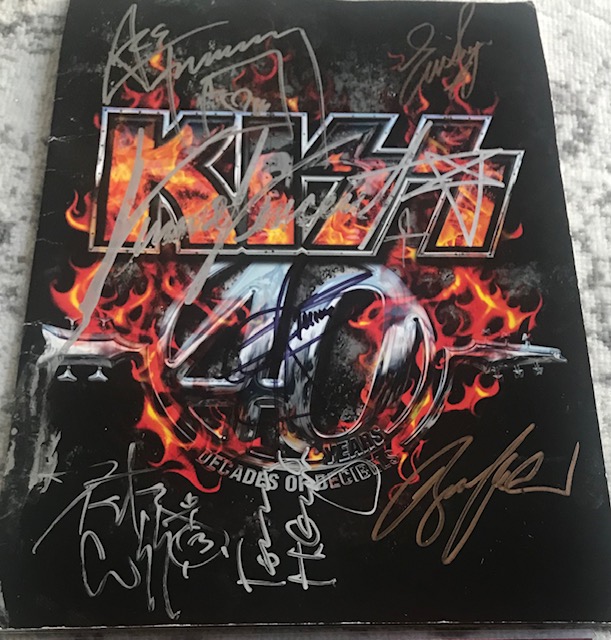 I got a f ew more like Bobby Kimbell- singer from Toto, Nicko McBrain drummer from Iron Maiden, and Ian Anderson from Jethro Tull.  Ian had said on his website that he would sign one item per person and personalize it, since he was a fan himself.  This took over 4 months to get back from England and he has since taken down that address from his site. 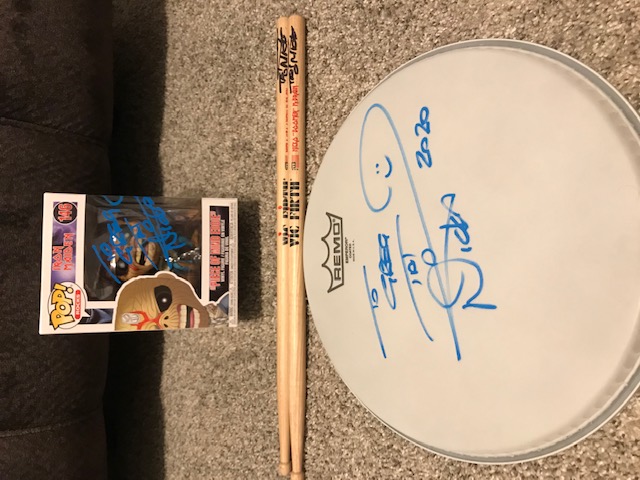 If you are interested, have a look around the inter-web and do some research for these addresses.  You may just get a good return!

Here's to a happy and healthy 2021! Hopefully my next blog will be about getting people in-person once again.

You are brave having sent that Kiss photo out. I'm glad it worked out! What a cool piece.

TTM has been pretty decent during all this.