Getting Some Autographs At Rock Hall Inductions

I'm fortunate to live between two major Halls of Fame.  This year, the Rock Hall Inductions were held in Cleveland and will alternate between New York every other year.  I feel that they should be in Cleveland every year, but I guess we will take what we can get.

Although this years class wasn't as good as the '15 class when they were last held in Cleveland, but I figured I would try and add to the collection.

I heard that the Cars came in town early to rehearse for their performance.  So I ran downtown on Wednesday to see who I could meet.  I guess I just missed Ric but he did sign for my friend.  That was the last autograph that he signed for the rest of the week.  He just stopped signing.  I did get to meet Greg Hawkes and David Robinson.  Both were great and signed everything.  Robinson said "I don't mind signing albums.  But you should have seen these guys at the airport, all they had were pictures.  I know that they are going to sell them!"    David was much tougher the rest of the week, but Greg signed every time he was asked.  I did end up getting one Elliot Easton which put 3 guys on "Candy-O."  Come on Ric! I also ended up meeting Graham Edge from the Moody Blues that day.  He was very nice and talked with us, but only signed 1 each.  He also became tougher as the week progressed.  I'm glad I got him when I did.  The rest of the guys in the Moody Blues were hit and miss for the weekend, but I was very happy to get Justin Heyward, John Lodge and Mike Pinder on my "Days Of Future Past" album. 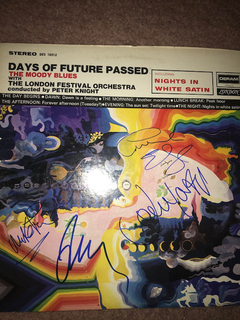 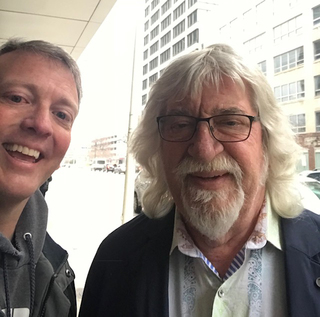 Dire Straits got inducted but the Knopfler brothers decided to not attend.  However the three guys who did attend:  John Illsley, Guy Fletcher and Alan Clark were very gracious and signed every time they were asked. Bon Jovi was a different story.  Richie Sambora was great and signed for the fans almost every time he was in the public.  Jon was almost a ghost, you rarely saw him and if you did, he did not stop.  Although I do know a few people that got him.  I did manage to get Tico but David Bryan, Alec John Such and Hugh McDonald were much tougher and I missed them but I guess they did sign a couple of times. 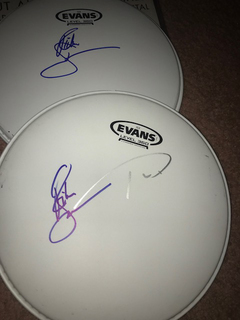 Many other people attend the inductions or are presenters at the event.  The other people I met were Brendan Flowers of The Killers, Doc McGee, Paul Shaffer, Gary Baba Booey Del' Abate, and Britney Howard from Alabama Shakes.

People who I missed but were in town and signed included Ann Wilson, Jerry Cantrell, Little Steven, Desmond Child, Seymour Stein, Jerry Jones-Cowboys Owner, Robert Kraft-Patriots owner.  I would have liked to get these artists as well, but you can't get them all!

Great hit on The Moody Blues on a classic LP!

I hate Bon Jovi, but boy do I love the Cars, and Candy O (along with their debut, self titled record), are both among my favorites. Cool stuff.

Mark Knoplfer signed for me in San Diego over 10 years ago. His manager said "Only 3 items each," which was awesome, considering I only had that one album you showed there (and a picture of a dinosaur...because they had just named a dinosaur after him). He laughed and said, "You're not saying I'm old, mate...are you ?"