Handwritten Lyrics for a Million Bucks

I always crack up when something sells for way more than it should, or if someone asks for more money than something is worth. The current example of this are the lyrics for the Don McLean song “Vincent.” The company Moments in Time is asking $1.5 million for them. Here’s the problem with that asking price. McLean is a one-hit wonder, and these aren’t even the lyrics of that one hit (which would be “American Pie”). The lyrics for The Beatles “Hey Jude” sold for $900,000 a few years ago. If a Beatles handwritten lyric page doesn’t get a million bucks, McLean isn’t for his second biggest song. And remember, he made the news for a domestic dispute, which quickly led to UCLA not honoring him with an award they had already planned. If these were lyrics from Don Henley, to “Hotel California” -- maybe that would be something.  Hell, the song is about Vincent Van Gogh, and earlier this year, there were four pieces of art by Van Gogh (3 drawings and one oil painting), and they were expected to fetch just under a million a piece. If a friggin’ actual Van Gogh art is selling for less than the lyrics to a song about him, people are sadly mistaken on who is going to buy this thing.

I recently bid on handwritten lyrics to “Taxi” by Harry Chapin (which is a much better song). That quickly went out of my price range, though. And that would be more valuable because Chapin died young. McLean is still around signing autographs. And he’s playing (well, before Covid hit), to 500 seat venues. That’s hardly an artist that could command that much for handwritten lyrics.

The lyrics are written in pencil, and 15 pages, with the usual deletions and additions you see when someone is editing what they’ve written.

Just like with the lyrics I was bidding on for “Taxi” some of the lyrics here aren’t in the final version of the song.

As much as I like the song, one thing that bugs me about it is it cost me a game of Trivial Pursuit with friends in college. It was an entertainment category and the question was: “Which Don McLean song is played every day?” Of course I thought it was “American Pie.” It was actually Vincent, which starts with the lyrics “Starry, starry night.” You see, the Van Gogh Museum in Amsterdam plays it everyday; although I contend “American Pie” is played everyday, too. There are enough classic rock radio stations that I’m sure that’s the case. But I digress (I was always a sore loser). 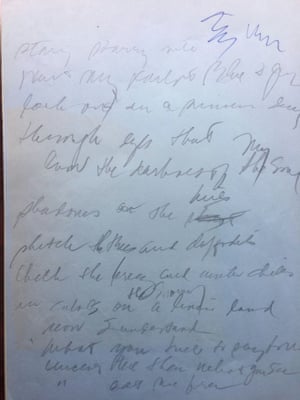 Okay, this just in. While doing research for this story, I saw that McLean himself sold the lyrics to “American Pie” five years ago for just over a million bucks. It must be nice to be alive, and sell off your own memorabilia.But imagine how ticked off the person is that bought that. If they realize this is just something McLean does every few years with his handwritten lyrics, it decreases the value of his item.

Think about all the possibilities for singers that had a few hits in the ‘70s, like Peter Frampton. And he probably doesn’t still have his handwritten lyrics, but he could go get some old paper, pencils, and start writing “Baby I Love Your Way” and “Do You Feel Like I Do” and others. He can make scribbles and put out a cigarette in one, or the ring of a coffee mug, and...he’s looking at millions.

(side note: if any of you classic rock artists do this, I deserve a cut) 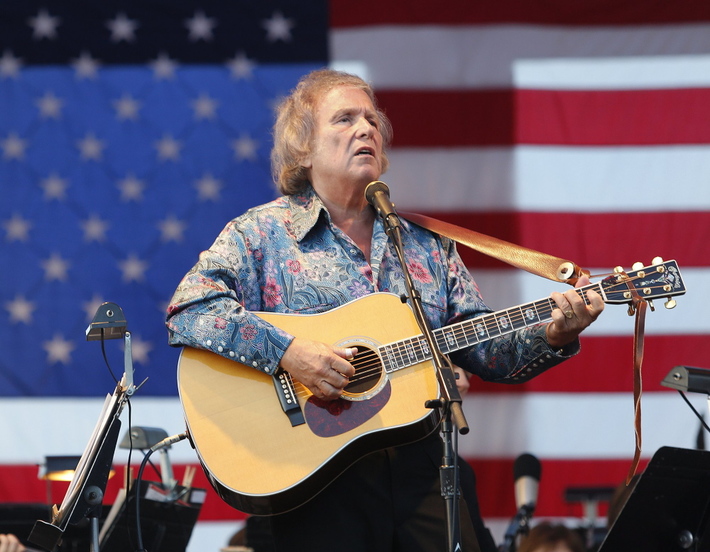 Good post, not sure the lyrics to Vincent might be worth $20k but $1.5 million, yeah right. I'd love the original lyrics to Hotel California, maybe to Ain't No Sunshine as well.

Unless they include a chunk of van Gogh's ear...I wouldn't pay a million.

the day that music died?