Have a Cigar -- the Winston Churchill Edition

As a cigar lover, and collector of memorabilia, I remember when a bunch of JFK items hit the auction block. There was a humidor that comedic legend Milton Berle had given to him, and it was engraved. It ended up going for half a million dollars. I thought of that recently when I heard that RR Auction recently sold a half smoked Cuban cigar by former British Prime Minister Winston Churchill. It was accompanied by an autographed photo of the World War II leader, too. Since that JFK humidor went for $500,000, this seemed like a much better bargain at $12,000. It was sold to a collector in Palm Beach, Florida. He’s a huge cigar lover, and promptly finished the stogie. Just joshin’. I know nothing about the guy, but...I’d be tempted to take a puff or two off it. You’d forever be able to tell people that you shared a cigar with Churchill.

For those that read the liner notes on record albums, or study the stats on the back of baseball cards...this partially smoked stick was 4inch (10cm), and puffed on at the Le Bourget Airport in Paris on May 11, 1947. It still has the red-and-gold La Corona label, alongside the wartime leader’s full name.  It was kept by a British airman who flew Churchill and his wife to and from City of Lights. 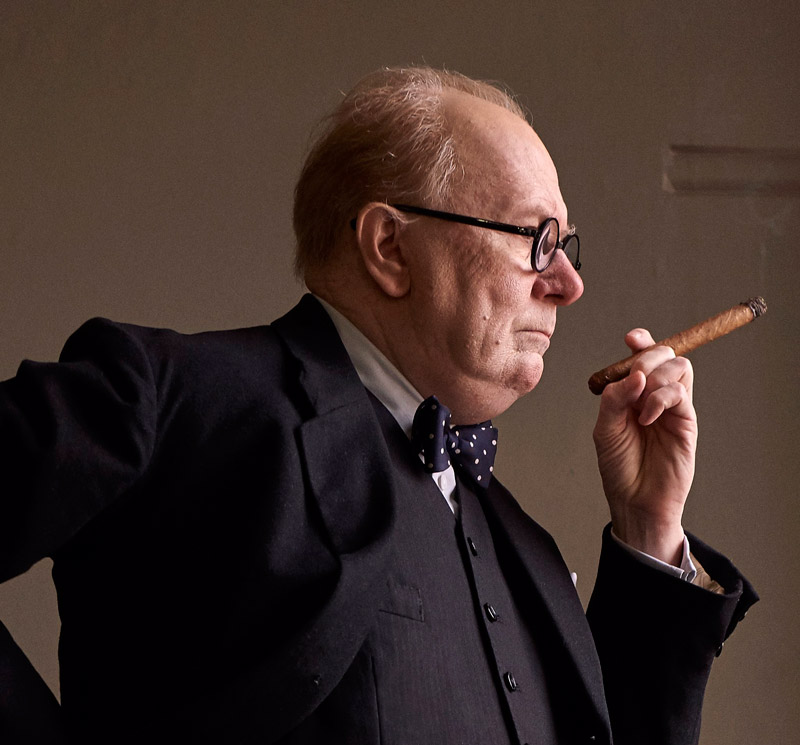 I finally have a Churchill story of my own. This year at CinemaCon in Las Vegas, I got to listen to acting legend Gary Oldman talk about playing Churchill in the upcoming movie “Darkest Hour.” Later, I was walking down the hall of Caesar’s Palace, and he was walking right next to me. My wife nudged me to point him out, and I had brief conversation with him. It ended with me getting his autograph, but unfortunately, we didn’t share a smoke. Comment by Judge Nutmeg on October 15, 2017 at 10:39am
Gary Oldman is indeed legendary. A very convincing actor who throws 100% into everything he does. My favourite roles of his are Sid Vicious from Sid and Nancy, Drexyl from True Romance and Lee Harvey Oswald from JFK.
Interesting post, Josh. You certainly get to meet the good 'uns!

awesome success josh! smoke one for me josh!