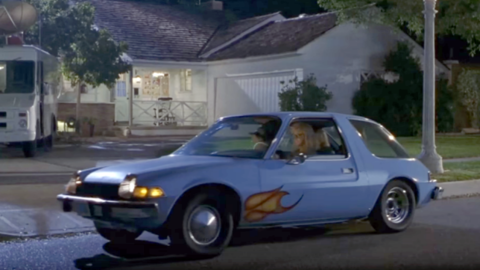 I’m a movie critic. I love films. I’m also an autograph collector, that loves memorabilia. Movie memorabilia is my favorite. I own a few interesting things from movies, my favorite being one of the toga outfits from (no, not Animal House), the brilliant Albert Brooks movie Defending Your Life. It cost me $50 at auction. Best money I ever spent.

I spent about the same for part of a shirt Elvis Presley wore in the movie Fun in Acapulco. The only reason I bought it was because I have the album from that movie signed by Presley.

Now, I’m not the biggest fan of rap music, but here’s an item that’s interesting. It’s from the person considered the best rapper of all-time (I was going to say the “Elvis of Rap” but Elvis never wrote his own songs, and Tupac was actually a good lyricist).

The bible Tupac Shakur had in prison is being sold by MomentsinTime.com, for a mere $54,000. So, the $64,000 Dollar Question is…. if you had the money, would you buy it? For those of you that don’t realize he was incarcerated at the Clinton Correctional Institute in New York (no relation to Bill or Hillary)...what good rapper hasn’t done time? (side note: check with editor to see if that comment is racist). It was nine months for sexual assault back in the early ‘90s. Now, what makes this bible valuable is it’s autographed -- by Jesus Christ himself! Okay, I’m joshing. It’s signed by Shakur, who also wrote his inmate number (95A1140, in case you’re curious).

He’s the only guy in music history to have a #1 album while serving a prison sentence (his family must be so proud).

For those that follow Tupac items, the original lyrics to “Point the Finger” sold for $32,150. Now...I’d prefer the original album cover to the Spinal Tap record “Smell my Finger,” but I digress. As somebody that’s more of a rock ‘n roll fan...I’d like to spend less money, on the car that the Queen song Bohemian Rhapsody was sung in. Remember that classic scene in Wayne’s World, also from the early ‘90s? It was the baby blue, 1976 AMC Pacer and it’s been completely restored and is for sale. Although, I have to think this car would’ve been worth a lot more when people still talked about Wayne and Garth, and dressed like them on Halloween.

If you’re interested, Barrett-Jackson will be auctioning it in Vegas near the end of October. Nothing better to roll up to a Halloween party in, while dressed as Wayne or Garth.

Now, serious car collectors like Jay Leno are probably more into the details about the .25-inch steel plates welded to the rocker panels for camera supports. As a candy lover...I like the fact that the car had a “licorice dispenser”...which was merely a hole drilled into the roof.

The vehicle isn’t built for comfort. No heater or air conditioner. The bumpers and wheels have been re-chromed, and the flame decals are intact (who knows how long they’ll last, though). The vehicle also has 10-inch speakers, but those don’t work.

Now..if they got Mike Myers and Dana Carvey to sign the glove compartment..it might up the value. Heck, I don’t know why one of them doesn’t just pony up and buy the car.

The Murph mobile was indeed up for a restore when I last seen it on tv,  someone could drive tourist around Vegas in the Murph mobile, playing queen. Id like to own some band used memorabilia , but most of it come with a huge price tag. I like a piece of Doors kit, it's a trunk the band used to carry equipment in and there is a photo of Jim sitting on the trunk which Ray wrote a note saying Jim used to sit and smoke a joint on the case when they sold it.  Just owning a Morrison autograph is still pretty sweet!

You bought that? I remember seeing it for sale...and it was soooo expensive. How much did ya end up paying for that?

Yeah, I'm a huge Doors fan, but Ray Manzarek pimped out EVERYTHING he could to make money. I once told him about a company selling his signed checks. Turned out...he was the one who provided them with the checks!!!!

Comment by Paul on October 11, 2016 at 4:25pm
I didnt know that, he was one extremely tallented muscian.You think he would have plenty of cash.