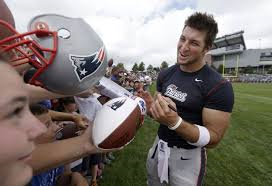 I’ve always loved making bets with people. It’s a way to win a little cash if somebody is talking arrogantly about something they know little about; and...well..it’s just fun to gamble. Isn’t it so much more exciting watching a football game when you either have a fantasy football player on a team, or you have money riding on it?  [note to self: If I ever get forced to go to “Gamblers Anonymous” this blog might show up].

That being said, my favorite thing about Tim Tebow has been that he made me an easy $25. It was after an NFL team cut him. My friend was saying that the following year, he’d be back with a team and starting at quarterback. Having seen him play, I said “I think he’ll be a backup quarterback for another few years, and then he’ll be out of the league.”

I had no intention of betting. It was he who said, “I’ll bet you $25 that next year, he’ll be starting for an NFL team. I’m not saying he’s going to put up great numbers, but he’ll be a starter.” 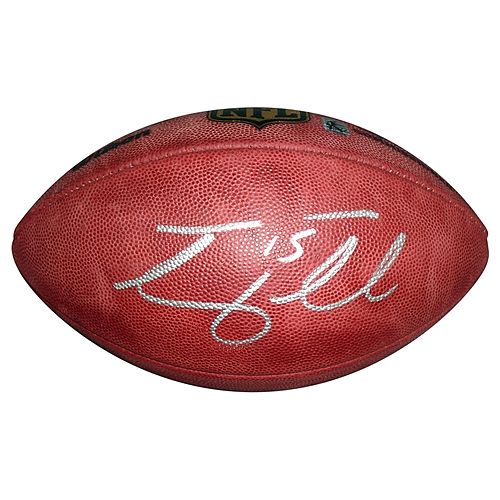 Tebow, who a few hated for his on field prayers, but most people loved because of that and the fact that he’s a nice guy -- went into the broadcasting booth.

I met a sportscaster at a party that worked with him, and said he was always nice to fans or employees of the network. He was always talking photos and signing autographs when people asked.

Well, everyone was surprised when he decided he’d try his hand at playing professional baseball (remember how well that worked for Michael Jordan?). He showed some promise, and was given a $100,000 signing bonus. 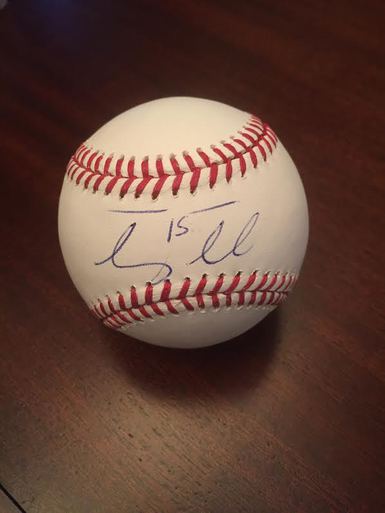 The 30-year-old is now a rookie in the Arizona Fall League. After a game, the former Heisman Trophy winner was signing autographs for fans. A guy named Daniel Kelly had just gotten Tebows signature on a baseball, and noticed another fan -- Brandon Berry -- shaking. Kelly yelled for somebody to get a paramedic. As they waited, they started to pray. Tebow immediately jumped in, holding the fans leg as they prayed. He stayed with the guy for 20 minutes. He was only out for 30 seconds, but was coughing on the ground when he came to. He doesn’t remember the seizure, but does say when he saw Tebow there, he told him he was a fan of Tebow’s rival -- Georgia. That got a laugh from the people around him. Glad he is still able to make a living doing things he loves. Never thought he was an above average quarterback either but seems like a class act.

I bought an autographed framed photo of him at sale last summer for 5 bucks!