I thought I’d be the one guy in San Diego that had a cool John Cena story. The former WWE wrestler and now action movie star (Bumblebee, Blockers, Daddy’s Home, The Wall, and the funniest movie nobody knows about -- Tour de Pharmacy), was at the CinemaCon convention a few years ago. When my wife and I went in for the awards ceremony, the ushers saw our “press credentials” and mistakenly thought that meant we were supposed to sit near the talent. So we were put in the third row, right behind John Cena, who was to receive an award that night. After about 10 people came up and asked for selfies and two asking for autographs, my wife tapped him on the shoulder. She said, “I am going to be in more pictures, because I’m sitting behind you, then from my own wedding.”   (below photo: my wife taking the only selfie with Cena, that didn't annoy him, and was merely with the back of his head) 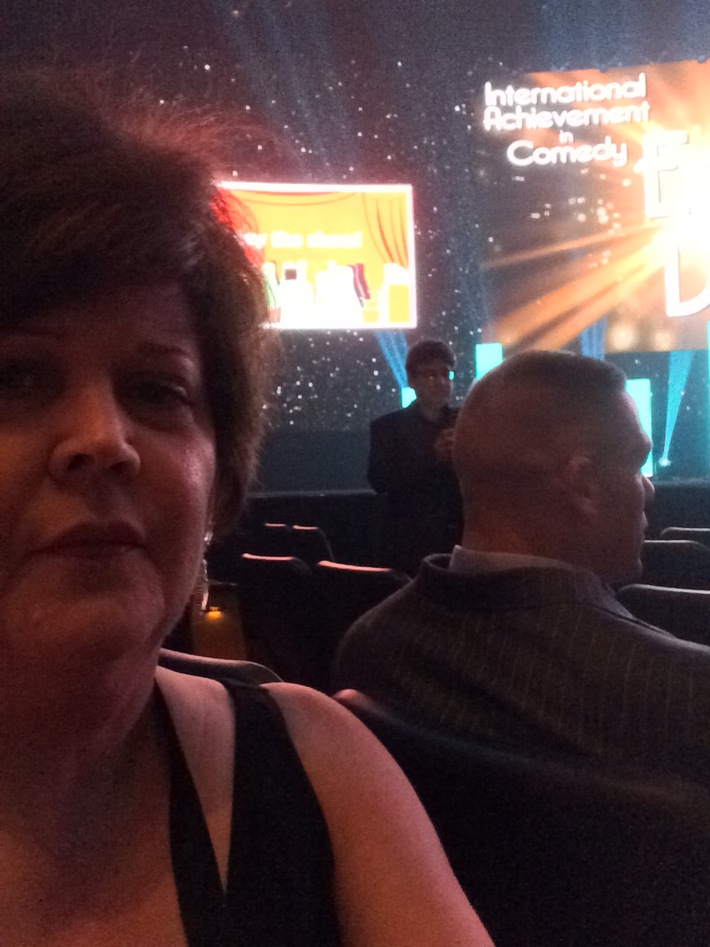 He laughed, and they ended up chatting for a few minutes. We didn’t ask for autographs or photos, but it really made me realize just how often celebrities must get bugged about this on a daily basis. And the things we’d hear. One woman said, “My son is your biggest fan, and if I could get a picture…” Another movie theatre owner said, “Your movies do so well at our theatres. I’d love a selfie with you.”

He would always oblige, sometimes he’d even stand up saying, “The photo will look better if you come stand next to me.”

Well, tonight another San Diegan has a John Cena story, and it blows that little one of mine 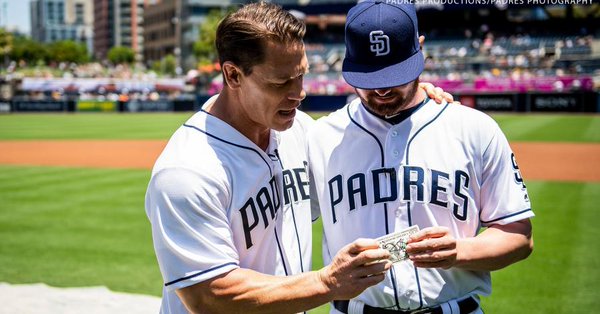 San Diego Padres pitcher Logan Allen was in the minor leagues, when he met Cena at a steakhouse. They ended up becoming friends and Cena thought it might help the young athlete if he gave him a challenge. He bet him a dollar that he’d never make the major leagues. He said in a video, that since Allen rarely faced failure, and he felt a situation like that might add some inspiration.

Part of the bet was that Cena would come deliver that dollar bill, right to the pitcher’s mound. That game happened Tuesday night. And when Allen texted the wrestler that he owed him a dollar, he told Sports Illustrated how Cena sent him more texts than his own mother did, and how he couldn’t believe how supportive he’s been as he pursued his dreams of making the majors.

The game was made better by the fact that Allen pitched 7 scoreless innings against the Brewers (the Padres won, 4 - 1). Allen even got a hit in the game.

Cena said in the stands, wearing an Allen jersey, with a smile like a proud papa. 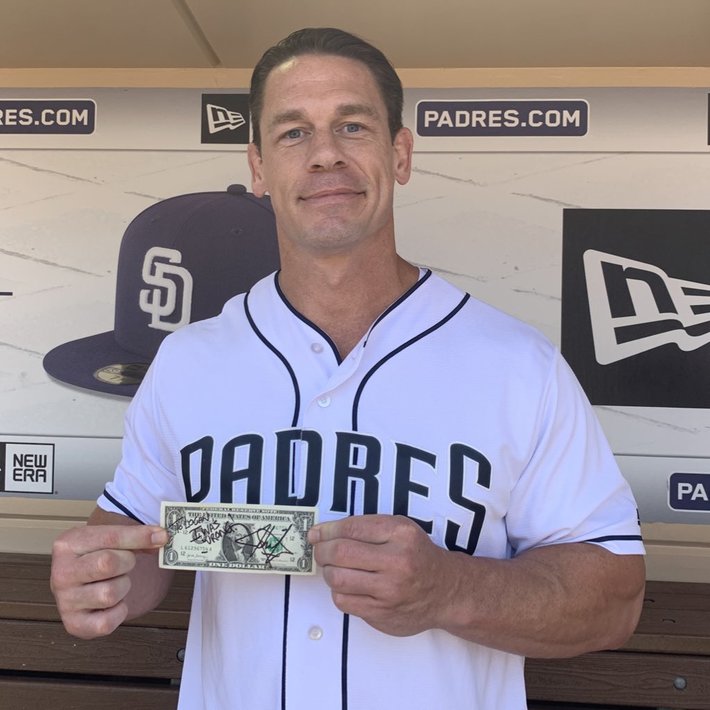 I remember as a little kid, seeing framed dollar bills in various stores. My dad explained that businesses usually do that with the first dollar they made, which to my 7-year-old brain, didn’t make very good business sense. [side note: there’s a famous story of baseball Hall of Famer Rickey Henderson framing the signing bonus check the Oakland A’s gave him for a million dollars. A few years down the road, the A’s couldn’t figure out why the money was still in their account. Turns out, he framed it, rather than cash it. Folks, that’s when you realize athletes make way too much money.]

Anyway, seeing that autographed dollar bill Cena handed him before the game on Wednesday...that’s a dollar bill that will look wonderful framed, and hanging on a wall in a special place in Allen’s home.