In retirement, he worked as a gunsmith, ran a salvage yard and raised horses and cattle. He spoke often of the Navy as a good career choice for young men and women.

"His story will continue inspiring generations to come while also reminding us all about the contributions and sacrifices of America's greatest generation," said Rep. Duncan D. Hunter (R-Alpine), a longtime friend.

Survivors include his son, Joseph. Finn's wife, Alice, died in 1998. 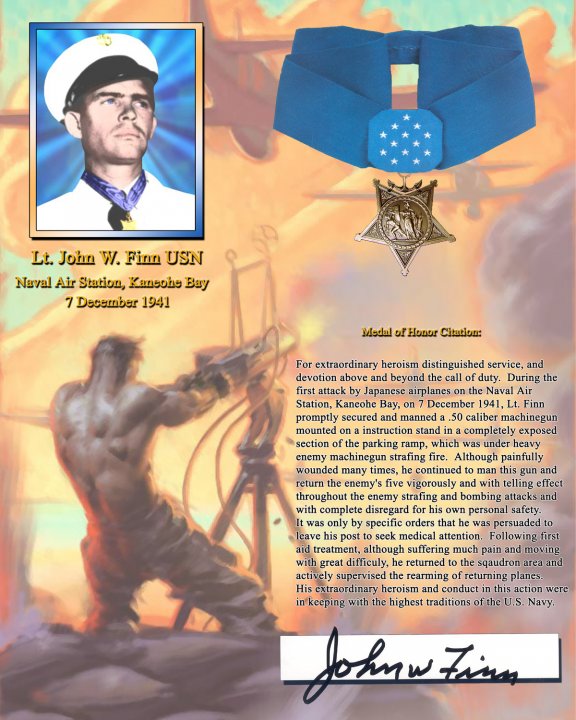 Comment by Josh Board on May 28, 2010 at 8:54pm
Nice tribute posting this. He lived right here in my home town of San Diego (well, Chula Vista, which is 20 miles south). He was always kind with signatures, from what I understand.

Comment by Steve Cyrkin, Admin on June 5, 2010 at 1:31pm
Have they ever done a TV series on MOH recipients? The could do two in a half hour, three in an hour, and inspire people for years. Hello History Channel!

I agree with Josh, Steve...one heck of a tribute. Thanks.