There’s an incredibly fun and interesting convention for movie theatre owners called CinemaCon. It used to be called ShoWest, and it takes place for a week each year in Las Vegas.

As much as I love having actors sign my favorite DVDs, at events like this I don’t usually get autographs. It’s not very professional, and I’m there to do a job (in fact, the long story I wrote about the convention can be found here: https://fox5sandiego.com/2019/04/08/cinemacon-2019/

I did get two movie posters signed by the cast, for the films "Annihilation" and "Game Night" (the funniest comedy of last year). But I paid a pretty penny for those at a charity auction. 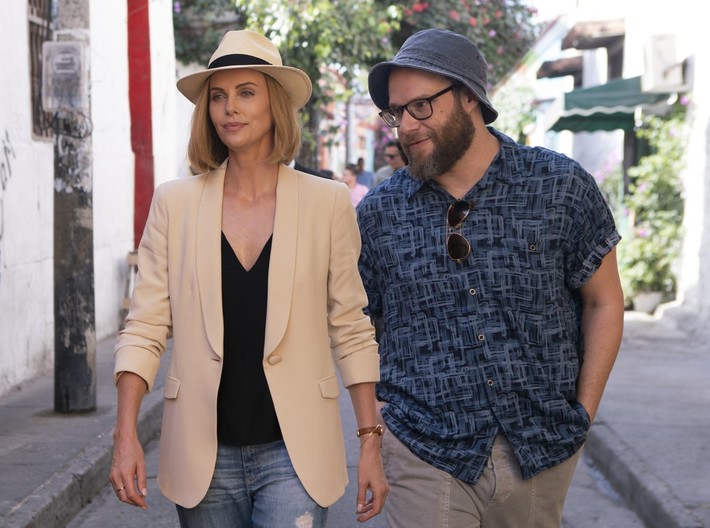 Of all the times I’ve attended CinemaCon over the years, this is the first time I saw people outside of Caesars Palace asking for autographs. The weirdest moment came at one of the luncheons. The two directors of “Avengers: Endgame” were there, as well as actresses (and now directors) Olivia Wilde, Elizabeth Banks, and the producer of “Bohemian Rhapsody.”

A scraggly looking guy with long hair and a baseball jersey, who I had seen outside getting actors to sign baseballs, somehow snuck into the event. This blew my mind. You think if any place had tight security, it would be a casino in Las Vegas. I’m speculating that he came in through the kitchen, since the front and side doors had staff that looked at tickets or credentials before entering.

After he got a few of his baseballs signed, he then went over to the table and started eating a dessert someone left (I don’t blame him; it was a chocolate cake that was delicious).

At one event where different studios were showing trailers and clips of their films, many actors showed up to promote them. The only reason I found out there was an area with autograph collects was because my wife wanted to see a Bruce Springsteen movie (Blinded by the Light), and they weren’t letting press in. I ended up walking around the casino looking for someone to talk to about that, and I ended up talking to the cast of the movie. I also saw all these celebrities walk up to go into the place. I was surprised at how gracious they were with the autograph seekers. Jessica Chastain, Bill Hader, Halle Berry, Ansel Elgort, James McAvoy, and so many others, stopped for the crowd of about 20. They signed and many of them took photos with the fans. For those that wonder why celebs get so annoyed with autograph seekers, there were people there that had 10 different items from the latest “It” (which many of them were there to promote). There’s a difference between a real fan, or a tourist that is just starstruck and wants a photo or autograph -- and a person that showed up with multiple items of the same thing to have signed, which are probably going to be sold immediately. Although, I did meet this interesting guy in a Rush T-shirt who is a collector, and he blew me away with all the stories he has from over the years (he said he’d contact me here, and let me do a story on him; hope he reads this).

Anyway, I thought of all that because at one of the red carpet events before the big awards show, a reporter for Entertainment Tonight was talking to Charlize Theron a few minutes before I did. He was lamenting the fact that she’s still single and wishes a regular guy would ask her out. The reporter ended up ambushing Theron weeks later, when she was with Seth Rogen. They were promoting their film “Long Shot” (which is hysterical). He showed her a video of a guy asking her out. She laughed, and Seth sarcastically says, “He seems like a nice guy.”

The reporter then asks Charlize to sign a photo for him, which she gladly does. You can see all that on the video below:

I'd love to see a picture of your Annihilation poster if you have one!

I will take a photo and post it when I get it. They wanted to charge $70 for postage (since it's framed, and would need to be packed so the frame doesn't break). So, I told them I'd pick it up next time I'm in L.A.