Fleetwood Mac brought their On With the Show tour to Cleveland on a below 0 degree night.  I have always liked the Mac and my wife and I saw them on their last tour, minus Christine McVie.  I debated on going to this show to see the classic lineup, but decided not to.  A friend of mine and I decided to head up to the hotel before the show to see if we could snag an autograph or two.  There were 3 people total waiting out in the cold.  A little after 4, out walks Mick Fleetwood and we ask if he would sign, and he waves us over.  Awesome! His assistant said he's only signing 1 each.  No problem, and I end up getting the Fleetwood Mac lp signed. 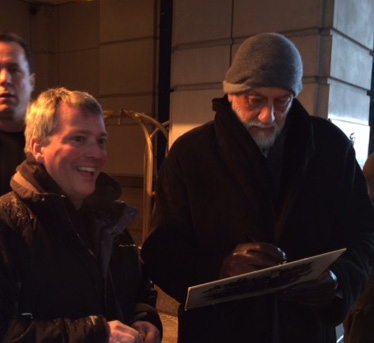 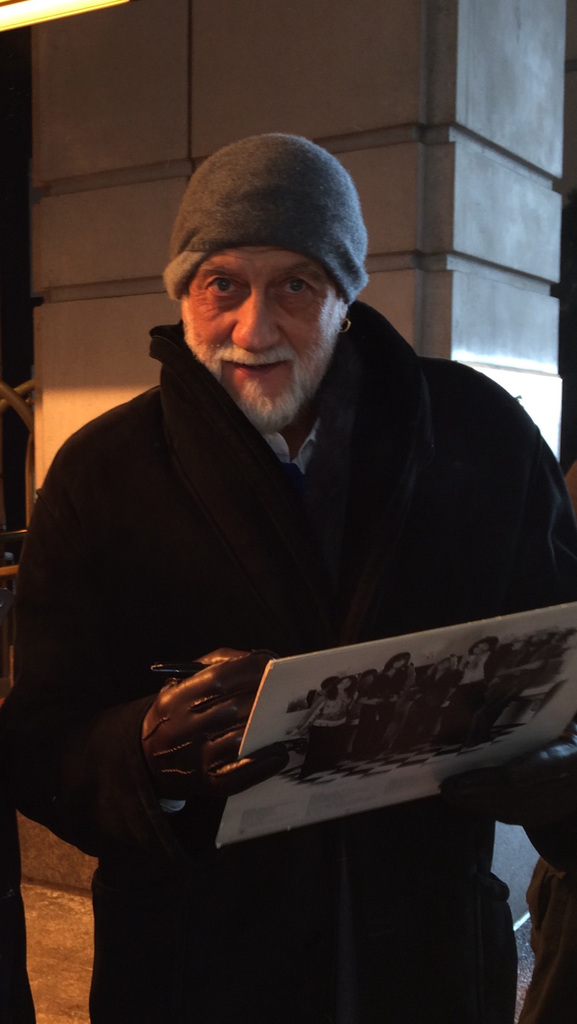 We waited another 20 minutes or so and out walks John and Lindsey.  We ask if the would sign and both of them got in their respective SUVs without even an acknowledgement.  The girls were no where to be seen and later we heard that they left from underneath the hotel.  The next day, I heard that Christine signed 2 on her way in to the hotel at 1 am.  Anyway, we were happy to get 1 but we were kind of expecting to get Lindsey too.  Oh well.  We decided to come back after the show and try again since my buddy lives 10 minutes from The Q.  We arrive at the hotel around 10:30 and get a parking space right across the street so we can stay in the car.  About 11:30 a black SUV pulls up and we get out.  Lindsey gets out and once again we politely ask if he could sign for the 2 of us.  He gives us a look like we are crazy and he proceeds to walk into the hotel. Well, at least we got one Hall of Famer.  I heard that they might do one more album and tour, then call it a career.  I hope they come back to Cleveland and also hope that I have better luck. 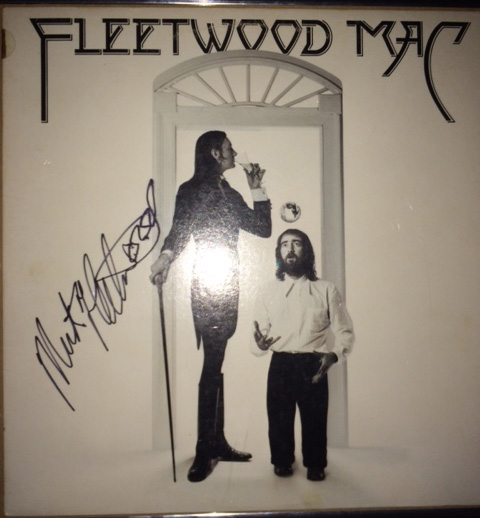 A week later, Booker T. Jones from Booker T and the MG's (here's a little trivia for you- The MG's stands for Memphis Group) played the Music Box in Cleveland.  This Rock and Roll Hall of Famer put on a history of rock expo during his 2 hour set.  He told stories, played hits from his group, McKinley Morganfield (aka Muddy Watters), Prince, CSN, Lauren Hill and the Beatles.  He said he wrote "Green Onions" as a 17 year old!  It was a great show from this master of the Hammond B-3 organ.  Before the encore, he told the crowd that he would be meeting fans and signing autographs out front.  Sweet!  I brought an lp, my HOF poster and I was right next to the stage so I happened to snag the set list.  Booker was more than happy to sign all 3 items for me.  What a classy man.  I asked him if he was going to attend the induction ceremony in April (He produced and played on Bill Withers first album).  He said that he hadn't received his invitation yet.  Ummm, what?  The HOF better get off their behinds and ask this man to come to the ceremony!  Imagine seeing Booker T. play the while Bill Withers sings "Ain't no sunshine"!  I'm getting excited for this show in 2 months! 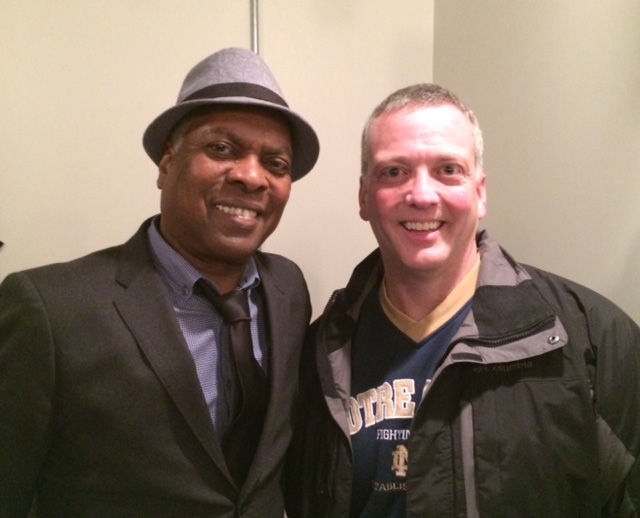 Oh well , the Mac was like we figured. these guys really are harder to get than the Eagles. Congrats and good luck on the next ones.

how can anyone not love Mick Fleetwood? he is a class act.

It's getting harder and harder to do this hobby because of Ebay and people selling autographs. Sharknado 3 was just at Universal Orlando filming for 10 days and we found out that they were staying at a nearby hotel so we went down and we met Ian Ziering who was just on Celebrity Apprentice and who is starring in Sharknado 3 and its the executive producer this time around and he was very nice and chatted and signed whatever we had and we asked him about autograph seekers and he said he didn't mind and was flattered. My friends went down a couple of days later to get Tara Reid who co-stars in the film and it was just the opposite reaction she saw my friends and made a bee line for the elevators and was stopped only because the elevator didn't open. She agreed to sign one but the first thing out of her mouth was "how much are you going get on ebay". Congrats on Mick Fleetwood!!!! I knew Fleetwood Mac would be tough.

Congrats on Mick Fleetwood! He is an all-time favorite of mine.  I got Lindsey 2 summers ago when he did a solo show not too far from home. I was the only one there and he signed 2 items for me on the way in (and flipped through my "stack" of 2 items thinking he was going to sign more.) Also talked for a minute with me about the death of his former band mate Bob Welch, who committed suicide only 2 days earlier. He also signed my ticket stub on stage when he came out for his encore.

I do have all 5 members in my collection on different items (thanks Roger Ep) but hopefully I will have a chance to try them IP before they retire.

Yep. It gets harder and harder, which is why I have bowed out of so many recent opportunities. I did catch Lindsey at a solo show. Just me and my friend. I had his solo album, and THAT WAS IT! (I'm so over having multiple items, because it almost always turns them off). He was running. Literally running from the van. We chased him, but were on an upper level thingy. We kept calling his name. He never looked up. When he got to the door, I don't know why, he looked up at us. He said, "Oh, I didn't see you," and came over and signed my album, and two Fleetwood LPs for my friend.

Oh, and read Fleetwood's autobiography. It was AMAZING

I almost bought his book, I figured he would sign that as well if I got to him.  I'm in the middle of Gregg Allman's book, which is  very good so far.  I think I will be picking up Mick's as well.

I had Lindsey's solo album as well.  After the show, at the hotel it was just me and my buddy.  I held up his album and asked if he would sign.  The look he gave us was pure disgust.  He clearly saw us, gave us that look, and headed in to the hotel.  Must have been having a bad day!