It's hard to believe that fifty-one years ago several bands/musicians from England stormed the shores of the United States and ruled the music charts for the next 2 decades.  Some of these acts decided to celebrate this turning point in music history and bound together to tour the States again.  Peter Asher served as master of ceremonies as he introduced each act and told stories about each performer.  The underlying theme for each act was the Beatles.  Either they worked with, wrote with or were given songs by the Beatles.  He said that the post WW II kids fell in love with American Rock N Roll.  He said the Brits copied it, put their spin on it, then sold it back to America.

The first act was Terry Sylvester of the Swinging Blue Jeans (Hippy Hippy Shake, You're no good), and the Hollies.  He played a quick 5 song set and sounded great. Mike Pender of the Searchers was next and he also played 5 hits.  The familiar sound of the Richenbacker guitar was heard on Sweets for my Sweet, Needles and Pins, and of course Love Potion #9. The third act of the night, and the only act with all original members as Peter Asher pointed out was Chad and Jeremy.  They entertained the crowd with their wit and dry sense of humor.  They also played a clip of them appearing in the original Batman TV show, where Cat woman stole their voices.  I was not very familiar with this group until they played their hit Summer Song, which they said has been featured in several movies and Super Bowl commercials. 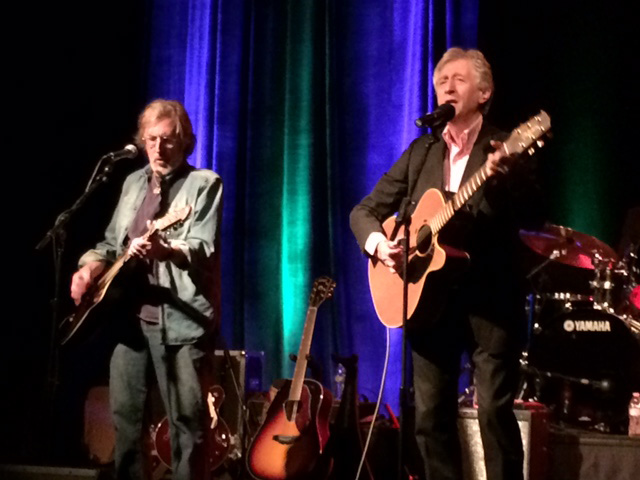 Next was Denny Laine of the Moody Blues and Wings.  He also played a quick 5 song set.  He said since it was a 60's themed tour, he was staying in the 60's.  He played all early Moody Blues songs including their first hit "Go Now" which was awesome! 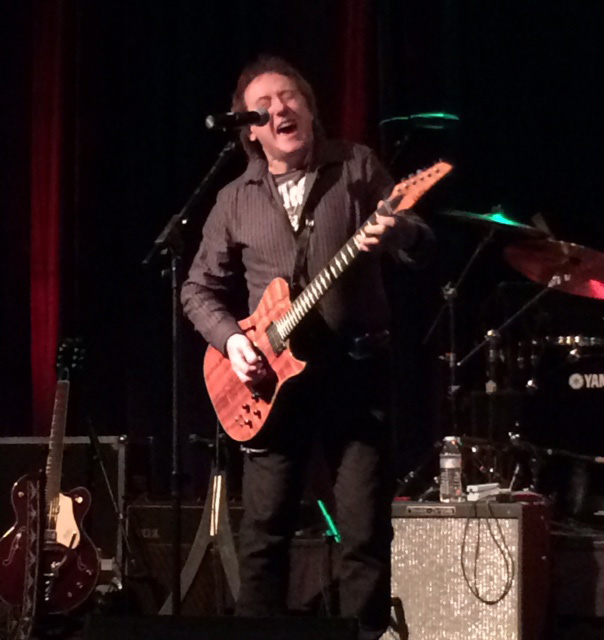 The longest set was from Billy J Kramer.  He sang many songs written by John and Paul.  He said that he was over to John's house one day and he gave him a song.  He said he heard John working on another song and asked if he could have that one as well.  John said no, he was going to keep that one.  It turned out to be I want to hold your hand.  Imagine if he would have given that one up?

Peter Asher was the last act to perform and even had a video duet with his partner Gordon Waller who passed away a few years ago.  He closed the show with A World Without Love.  He even brought out his original black frame glasses that he wore in the 60's.  Before playing it he said that Paul originally asked the Searchers if they wanted it, and they turned it down.  Peter said that luckily they were on tour with them and said that since the Searcher didn't want it, perhaps he and Gordon would give it a shot.  That song then changed his life forever.  I love stories like this!

Denny Laine then came back on stage and asked if he could dip into the 70's and played the opening chords to Band on the Run.  This became an all-star jam as all members came back on stage to sing along.  It was a great way to end the show! 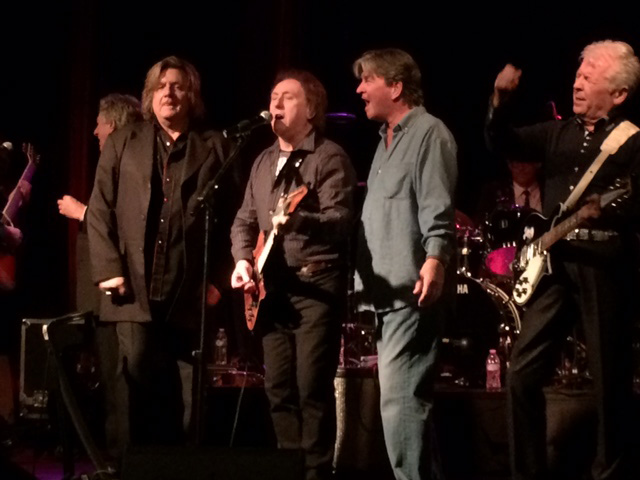 After the show, tables were set up in the lobby and all the performers were there to sign except Mike Pender, he took off.  Everyone was really friendly, took pictures and signed anything that you had.  Another great show. Now, if I can only get Paul on one of those Wings albums! At the show I went to in Bethlehem Pa they sold this poster for 20 bucks and all lined up and signed it. First class way to treat their fans!  Thanks for your post!

Great read. These guys have all done the various Beatles conventions, and are always great about signing. One funny story -- I brought Paul McCartney's guitarist to one of the conventions, and Peter Asher was asking him to give a message to Paul. Funny. You'd think a guy who, his sister Jane dated sir Paul, would be able to get a message to him!!! Glad you got your stuff signed and saw a great show.

Thanks guys!  Ian- they had the same poster at my show, I almost bought it but when Mike Pender wasn't at the table, I decided not to.  I didn't want it incomplete.  Josh, that is pretty funny.  You would think Peter would have his number on speed dial.