Nirvana -- My Autographed Photo and a Cobain Check

I have two big regrets when it comes to Nirvana and getting their autographs. I was working as a DJ at a rock station in the ‘90s, and it was a few weeks before their huge record “Nevermind” came out. They previously had an EP, but I wasn’t familiar with it.

The band came to San Diego and did a record store appearance, where they performed and signed the new CD. About 50 people showed up. The ones I talked to said it was a blast and the band was nice. It wasn’t until a few weeks later that I got a copy of “Nevermind” and it blew me away. Of course, I regretted not getting their autographs. Although, I may have their autographs. I’m not sure, because I bought a signed 8x10 picture from Myron Ross at Heroes & Legends, and he’s been known to sell some questionable stuff. 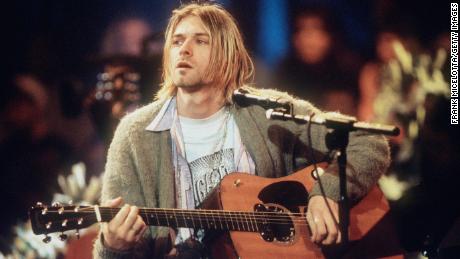 Anyway, I thought of those two stories when I heard this story about employees working at “Easy Street Records” in Seattle. It was a check from “Broadcast Music Inc.”  It was made out to Kurt D. Cobain, dated March 6, 1991 -- right before their Geffen release made them the biggest band in grunge rock.

Store owner Matt Vaughan said he was in the basement when he found the uncashed check, for a whopping $26.57. It was stuffed inside a collection of Nirvana’s tour itineraries. He had purchased those, and a box of records, back in 1993. For some reason, he was just now getting around to going through them. I think it would be hysterical if his daughter Bean would get a lawyer and get that check back. Obviously, it’s worth more than the $26 printed on it, although the stories I’ve read on this aren’t saying if it’s been endorsed by Cobain. I’m guessing it wasn’t.

Vaughan also said they found a $177 rent money order receipt from 1990, that belonged to Cobain. Speculation is that he hung on to those things, to remind him of the time he wasn’t a rich and famous singer.

I remember reading a story years ago that Bruce Willis has kept the tiny, crappy apartment he had when he was trying to make it in New York, as a reminder of the struggles in the early days (I think he should’ve saved some of his hair from those days, too). But I digress. 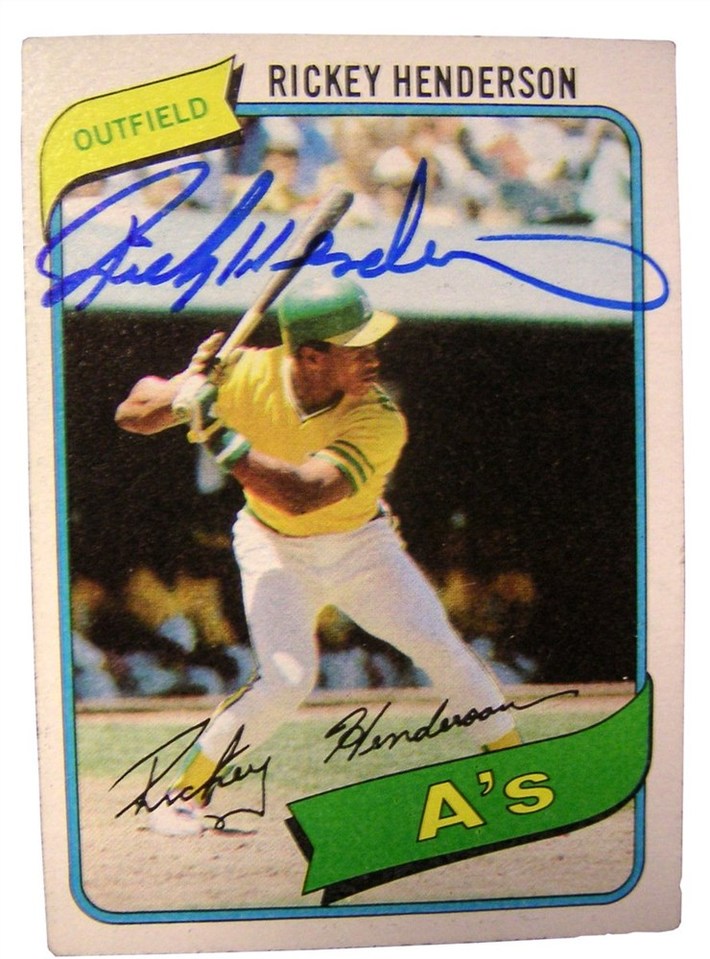 My favorite story of a famous person not cashing a check, involves baseball Hall of Famer Rickey Henderson. The Oakland A’s were trying to figure out why their books were off and how they had more than a million dollars still in one of the accounts. As they went back and researched it, it looked like Henderson had never cashed his signing bonus he received as a rookie. They went over to his house, and noticed...the check was framed, and hanging on the wall. When they asked him about that he said something about how he thought it would look cool to have such a big check on the wall, similar to the way businesses that open frame the first dollar bill they ever received. He also explained how he didn’t need the money at the time (never a good move to admit that to people your agent may have to negotiate with in the future). They said, “Uh, dude…” (and I’m paraphrasing here)...”If you ever decide to cash that check, the bank won’t let you, because it’s almost two years old. You should’ve just made a copy of it and hung that on your wall, and cashed the original.”

They ended up cutting him a new check.

Now if I die, my daughter isn’t going to find any checks that I left uncashed.

She might find a really cool collection of autographed memorabilia, and when she goes to sell it...she’ll be the one that has to hear the bad news about the Nirvana signed 8x10.

i do caution people who own nirvana memorabilia to be careful when posting- someone somewhere could want it back.