Eddie Money -- At That Big Concert in the Sky

I was saddened to wake up and hear that Edward Mahoney had died, known to most as Eddie Money. It’s not like it wasn’t expected. We heard about his stage 4 esophageal cancer last month, and he announced he wouldn’t be touring again.

I wasn’t the biggest fan of his stuff, but he had some tunes I liked. The former NYPD officer, left being a cop to pursue music, and it was a wise choice. 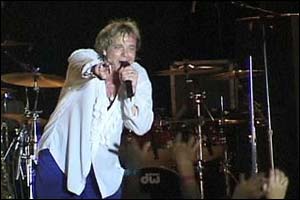 As a kid, I heard his hits “Baby Hold On” “Two Tickets to Paradise” and “Think I’m in Love” on the radio. But I might have been around 13-years-old when his song “Shakin’” came out, with a cool video on this new TV station called M-TV, which played videos from bands all day long. I couldn’t believe such an amazing channel came into existence. Little did I realize, they’d some day be filled with goofy reality shows (but that’s another rant for another time).

After “Shakin’” I didn’t care for his later stuff as much -- songs like “I Wanna Go Back” “The Love in Your Eyes,” “Endless Nights” and “Walk on Water” might have been hits, but they did nothing for me, although I loved “Gimme Some Water” which rocked. And I’ll never forget my senior year of high school, and one of the prettiest girls in school invited me back to her house since her mom was out of town for the weekend. The song playing on the radio when we started kissing -- Money’s “Take Me Home Tonight” -- which he used Ronnie Spector for some incredible backing vocals. For you younger folks, she was with the Ronettes, a group her future abuse husband (and now murderer) Phil Spector produced, and had the hits “Be My Baby” “Baby, I Love You” and “The Best Part of Breaking Up.”

Since Money’s grandfather, dad, and brother were police officers, they were probably bummed when he bailed on that, but happy by the success he had when he moved out to California.

They probably weren’t as happy when he went down that path too many musicians go down -- struggles with drugs and alcohol. 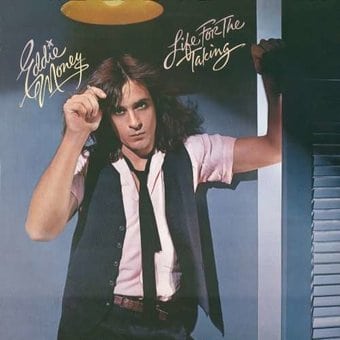 Money did a handful of songs for movies, none of which were really successful. One movie even took their title from a song of his -- Take Me Home Tonight (Topher Grace). It got horrible reviews, but it actually had a few good scenes and wasn’t half bad.

I caught an episode of his reality show “Real Money” once, but it was kind of sad. Something about seeing him in bad shape just didn’t make it so entertaining. Now, seeing him in a Geico commercial, as a travel agency owner singing “Two Tickets to Paradise” -- that was fun.

I had a number of times at which I could’ve gotten his autograph, but it never happened. The first was when I was going to college and heard him in a local radio station doing an interview. I only owned one of his albums, but I drove home to get it, and drove 90 mph to that radio station. I went up to the studio window, holding up the album. The DJ mouthed the words, “He already left.”

Someone came out and said, “He left about 5 minutes ago, but he did sign some autographs for people that were in the parking lot waiting for him.” Another time, I was volunteering with a charity, and he was the one throwing out the first pitch for the San Diego Padres game we were at. I figured I wouldn’t be able to get near him, but at the tailgate party I was at, he came over and started signing autographs for everyone. He would draw the money symbol connected to his name -- $.  I had a hamburger in one hand, a beer in the other. And nothing for him to sign by a small square napkin, so I passed. I figured I’d meet him another time. Well, that day never came.

Anyway, the 70-year-old singer, saxophonist, and harmonica player, leaves behind five children with his wife of 30 years. He will be missed...but we’ll always have his hits. Hopefully you have some memories associated with those songs that I do.

nice piece josh! he had some good tunes! he p[layed once here in warsaw a few years back but I didn't make it to it. I do have a t shirt that I bought that someone got signed by him and a few other items. I enjoyed the few episodes of his reality show ive seen. prayers for his family!

I enjoyed his early music. It was one of those cassettes, yes I said cassette, that I would pull out on date night. It was always a hit with the ladies!

Beautiful blog, Josh.  Well done.  Eddie Money’s music was undoubtedly an essential part of the childhood of any high school kid growing up in the 1980s, whether they realized it or not.  Unfortunately, they are realizing it today.  He will be missed.

Thanks for the kind words, guys.

Very nice blog, Josh.  The only time I saw Eddie in person was about ten years ago when he sang the national anthem before the start of a Kansas Jayhawks basketball game in Allen Fiedhouse in Lawrence, Kansas.  In between time outs the KU band would play bits of his songs...which surprisingly much of the student body seemed to know.

I did enjoy several of his songs.  He actually had more hits than I realized when I started listening to some of them with my Amazon Music.  Some I liked quite a bit.  I can still remember really jamming in the car to “Think I’m in Love” right after leaving my new girlfriend’s parents’ house.  Being young and really thinking your in love and jamming to an awesome rock song that expresses that emotion is...well...a pretty damn good feeling!  RIP Eddie Money.

I think Eddie would love knowing he played a party in teenage love (or lust).

Sorry it never worked out for you to get his autograph. I have read some good things about him on facebook autograph sites, about how he was very approachable. I personally was not a big fan and always cringed at King of Queens having to work in an Eddie Money reference on their show but a few songs I really did like and would play on youtube or keep on the radio and those songs I did like I thought were very good.

I grew up in a place called the Quad Cities.  My home town, Moline, Illinois.  Before a large concert venue was built, long after I left for school and career, we didn't get many concerts.  Too small a local, I guess.  But we did get a few.  My first was Night Ranger opening for Sammy Hagar.  Second was Quiet Riot, Joan Jett and Loverboy, in that order.  Joan Jett was bood off the stage.  Third was Eddie Money at Palmer Auditorium (the auditorium at Palmer Chiropractic College, a somewhat well known school in Davenport, Iowa).  Eddie was great, and for us at the time, concerts were always a little about meeting girls.  I met one that night.  Great memories.  A thought about Shakin'; can you name another song with such a memorable drum fill as the intro, what I think musicians call a signature?  Not sure if I can.  The moment you hear it, you know what's coming.  And like you, I would love to know what he's actually singing during that one line....

For drum intros....that's a good call, Christopher. I like the drum intro to Van Halen's "Hot for Teacher" and going back a few decades before that...Paul Simon's "50 Ways to Leave Your Lover."