I was browsing through the magazine section of my local Borders bookstore when I noticed a glossy magazine with an autographed image of Barbara Eden on the cover.  She was wearing her famous “Jeannie” costume.  I immediately purchased it, and read it from cover to cover.  I continued to purchase the magazine occasionally.  You can imagine my disappointment when I discovered that the magazine was no longer in publication.  And you can imagine how happy I was when I discovered that the magazine was available in an online format.  That was my introduction to Autograph Magazine Live!, back in July of 2012. 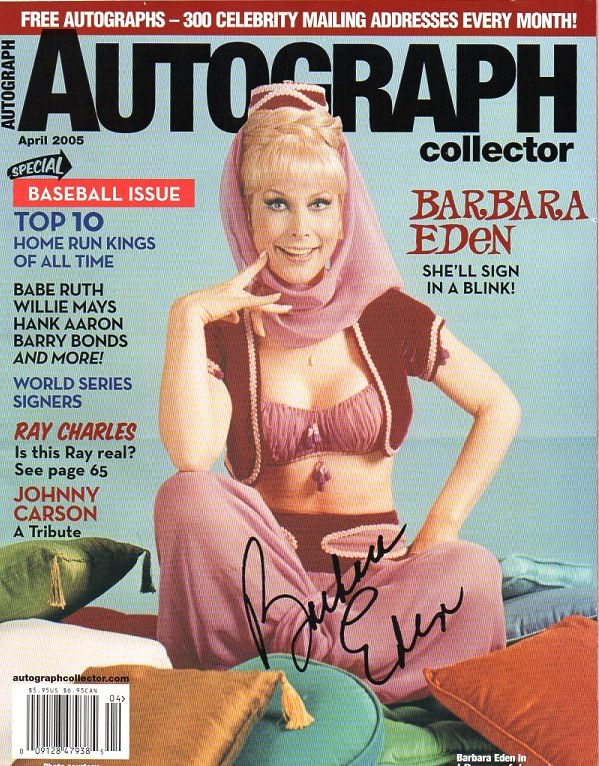 The issue of Autograph Collector Magazine that started it all for me back in 2005.

Prior to my discovery of AML, my collection was limited to a few in-person autographs that I had acquired incidentally, as well as several autographs that I had acquired at a few Big Apple Comic Cons.  You can imagine my excitement when I realized that I was not only part of a community, but that I could communicate with other collectors that shared the same interest in autograph collecting as I did.  I immediately posted a question about the four autograph dealers that I had purchased from.  I also posted a question about a Robert De Niro autograph that I had purchased on eBay.  I was very pleased with the immediate replies that I received.  The first was good news.  The second....  Let’s just say that Robert De Niro ended up in the garbage. The Robert De Niro autograph that I purchased on eBay back in 2001.  It was thrown into the garbage after members made me realize the risks involved in collecting autographs as a new collector.

More than autograph authentication, it was always the community that I would return to over the years.  It feels very similar to a family reunion.  I know of no better place to share our hobby.  The advice that I have received over the years has undoubtedly improved my autograph collection.  I would not even know where to begin.  I have been able to attend events and add autographs to my collection that I would never have had knowledge of.  And sharing stories has always been part of the fun. 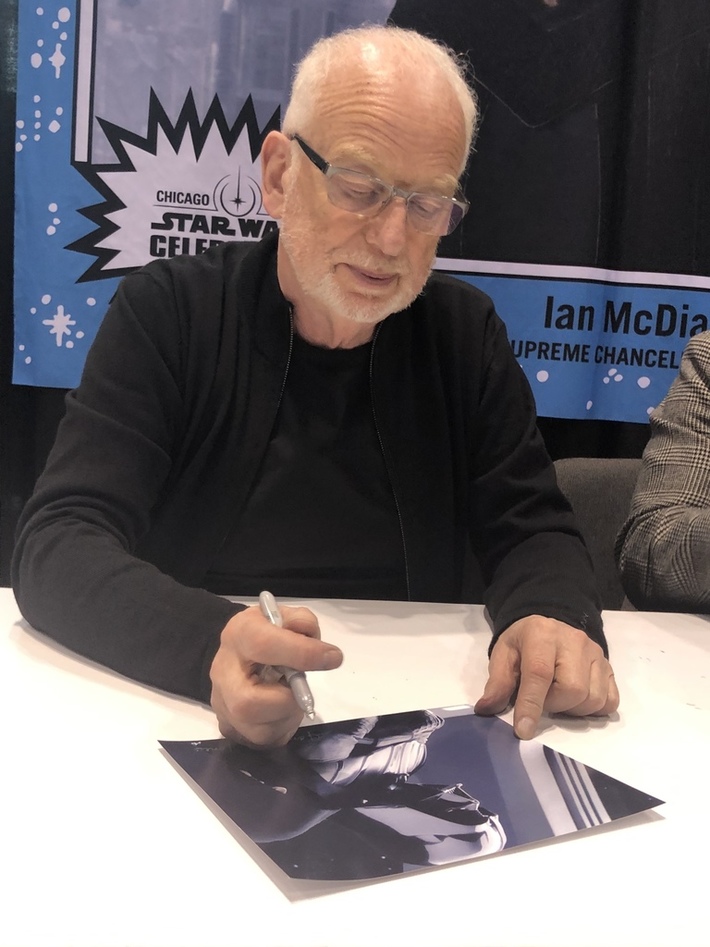 Ian McDiarmid adding his autograph to my James Earl Jones autographed photo at Star Wars Celebration in Chicago this year.  I was able to add Hayden Christensen’s autograph to the photo as well.  Just one of the many items in my collection that would not exist without the assistance of members of Autograph Live.

I will be attending New York Comic Con in October, and Star Wars Celebration in Anaheim in August of 2020.  I have already had the pleasure of meeting some of you personally over the years.  If anyone would like to join me for a cup of caf at one of those events, please do not hesitate to contact me privately.  It would be a pleasure.

Thank you, Mr. Cyrkin.  Whether it is a glossy magazine titled Autograph Collector Magazine, or a website called Autograph Magazine Live! or Autograph Live, none of it would be possible without you.  You have improved the hobby tremendously.  May the Force be with you!

I was so surprised to see your blog this morning. Thank you.

I just put the shovel into the ground. Our members are the ones who really made the difference. Members like you.

It was a pleasure to write it, Steve.  I meant every word of it.  Thanks again.

Could not agree with you more, Mike!

Nice blog, Mike!  I owe a huge debt of gratitude to Steve’s site.  Without AML, I most certainly would not have the satisfying (to me) autograph collection that I have.  While my collection is not particularly large (actually it’s fairly small), I have some nice quality items.  My collection has more than doubled over the last five years that I have been a member here.  And Steve and AML have saved me a lot of money.  Some AML members’ opinions have kept me from making at least a couple of foolish purchases and helped me to have the confidence to buy some others.  And I have learned so much and grown as a collector thanks to Steve and AML.  Thanks to Steve and the many great members of this wonderful site!

And also, a very special shout out and THANK YOU to my friend Wascher who has helped me and so many Michael Jackson collectors with her advice and expertise.  Wascher has also worked hard to make this website so enjoyable.

I agree, James.  Wascher is a true asset.

Thanks, Christopher.  Keep up the good work.

I AGREE with everyone here.

Thank you Steve! We Appreciate everything you do, every single day.

That's all my Dale Carnegie Verbal BJ's for today!!! you certainly deserve them my handsome friend and more.