What do Doritos and Ringo Starr Have in Common?

Everyone is talking about actresses Felicity Huffman (and her husband William H. Macy) and Lori Loughlin getting caught up in this scandal where they paid off people to take the SAT for their kids, to help them get into college. Well, Loughlin did something that a lot of you would love, but most people hated. She signed autographs outside of court last week. It was probably bad form. Especially since Huffman has said she’s guilty and sorry. Loughlin seems intent on fighting the charges. But smiling, taking photos, and signing autographs outside of court probably didn’t help garner sympathy from anyone (except maybe the folks that got their 8x10s of “Full House” signed). 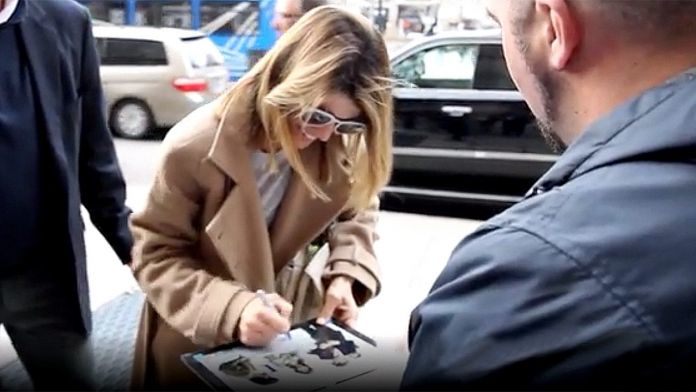 Now, a more uplifting story of a memory I had. So, there was a beach cleanup somewhere back east, and a weird looking Doritos bag was found. As they examined it, they realized it was from the ‘70s. They were surprised that something so old, was still intact (of course, they used this as another reason why plastics can pollute and you shouldn’t litter).

My memory wasn’t of eating delicious orange tortilla chips on the beaches of San Diego as a kid (although I did do that). It was about an actor named Avery Schreiber who starred in a lot of Doritos commercials in the ‘70s. All of us old timers will remember him, just as we remember Mikey liking his Life cereal, or the obnoxious guy that said “You can call me Ray...or you can call me Jay.” 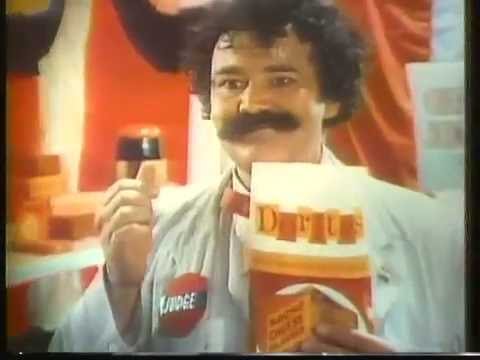 It’s amazing how bad I suck at answering Jeopardy questions, but I can remember every line from commercials and jingles in the ‘70s. My brain just doesn’t seem to realize what’s important and what isn’t. Anyway...Schreiber had the big, bushy black hair and mustache and great facial expressions. Early in his career, he and Jack Burns had a comedy duo called “Burns and Schreiber” and released a few albums and appeared on a lot of TV shows (he was often a guest on Match Game).

Well, I had this friend who was obsessed with The Beatles, and also liked getting autographs. He had a movie poster of “Caveman” (1981), a kind of cute movie Ringo Starr did with his wife Barbara Bach. Dennis Quaid was in it, and when he appeared with his band The Sharks (who I think have a new record coming out soon), he went to the venue and got him to sign the poster. Quaid was already in his limo and rolled the window down and said, “What do ya got there?” He smiled as he signed it. 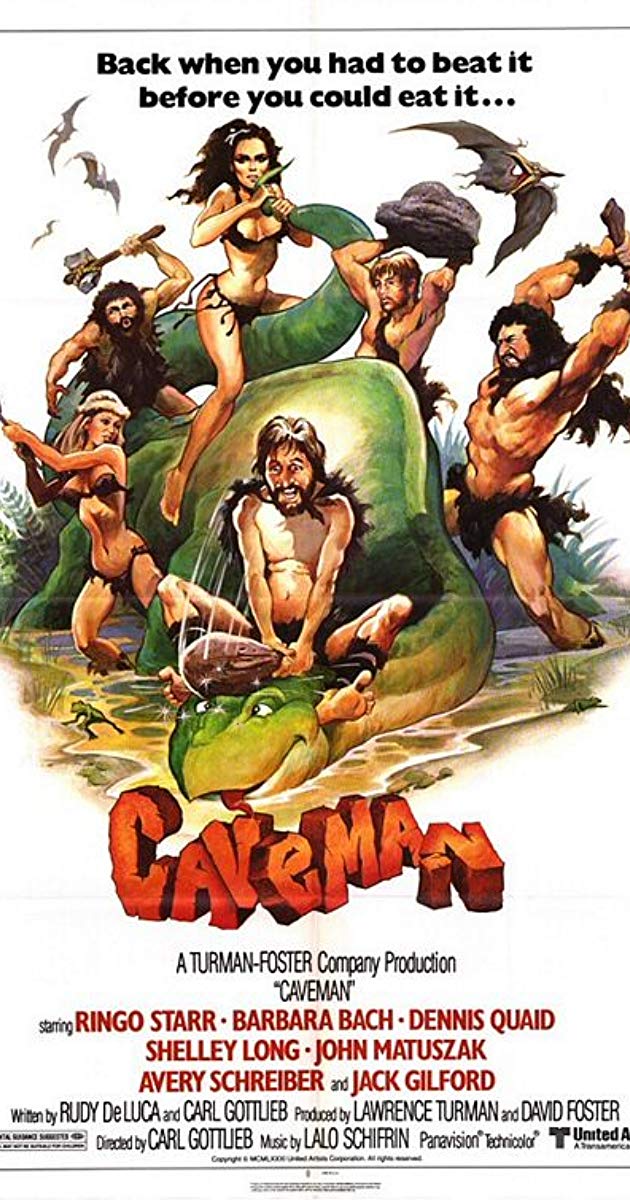 My friend didn’t have much luck getting other signatures on it. Shelley Long was popular on the show “Cheers.” Football player John Matuszak was nowhere to be found. Comedy legend Jack Gilford was doing movies and never anywhere he could get to. Lucky for him, he got to the biggest name in the movie -- Ringo Starr. Unfortunately for him, Ringo doesn’t sign autographs, so that didn’t happen.

One day I went to his house to play Scrabble and hit a few record stores, and he said he looked online for some of the cast members, and he found that actor Avery Schreiber had a website (I think that was due to him teaching acting classes). He sent him an email asking if he could sign the poster. Schreiber said he would, and when he found out this guy was in San Diego he said, “I come down to La Jolla once a month to visit a friend. Next time I’m driving down I’ll contact you and we’ll meet up.” 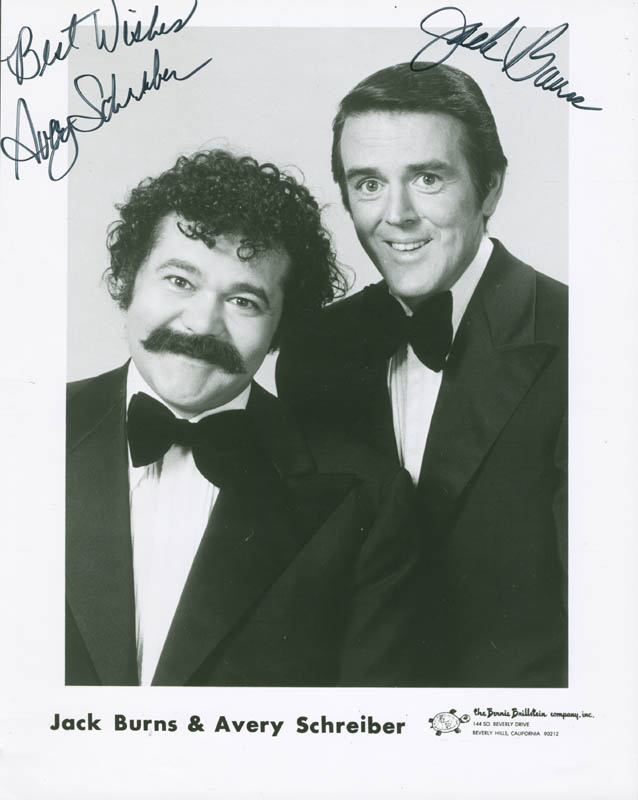 I told him it seemed unlikely that he’d ever here from him, but the following month, he did. They met up somewhere, and he signed the poster and they talked for an hour. He said he couldn’t have been nicer, and he was surprised an actor would go out of his way to meet someone that merely wanted an autograph.

A year after that, he had a heart attack and a triple bypass. He was never in good health after that, and died a few years after that from heart problems relating to diabetes.

I thought about this class act, and the kindness he’d show to a stranger that wanted an autograph, when I heard about that Doritos bag on the beach. 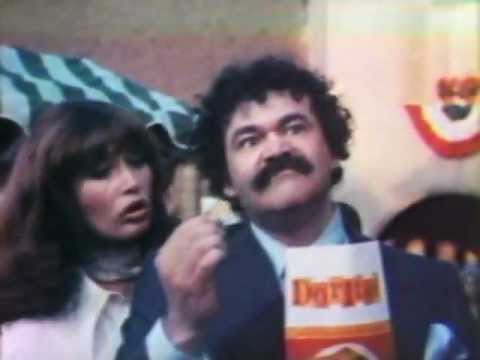 Great story! I loved the movie Caveman, I went and seen it twice at the movies when I was a kid. Avery Schreiber sounds like a great guy.

I know here in Canada, they re-released those old 70's bags of Doritos a while back. Maybe that's what they found.

I am glad Lori is signing. I think if she didn't sign the media would make it into a negative story. I feel for Lori and Felicity and any other person who is facing these criminal charges. I did something much worse than either of them could ever even plan to do and spent only one day in a police lockup custody and I even had a crappy lawyer so I feel the criminal justice system is getting this one wrong. And though I'm grateful for getting a second chance in my case, I definitely think a person like me (or me) should be spending much more time in lockup than either of these women, if they do. Even just the hint that either will do jail time makes me angry for the lack of justice in the criminal justice system.

Dave -- That's not what they found, because they found a date in the bottom corner that said 1979 !!! Yikes.

Jason -- what they did was bad, but...I don't think it warrants prison time.