Preorder - album isn't out until March, but she's pretty talented and has some great music.

UK site features signed copies of the deluxe CD and vinyl, though shipping is a bit pricey if you're here in the states.

Thank you! I wanted to get the signed CDs for a while but the "The first 1000 CDs will be signed" annoyed me as it's so vague you could never know. The cassettes seem to all be signed.

Someone had asked her manager on Twitter (maybe a month and a half ago) due to the uncertainty of whether they'd "make the cut." He replied that if the signed copies sold out they'd be marked a such, so you *should* be good ordering any of those.

That being said, it does seem to be at least a bit strange that none of the signed items have sold out. 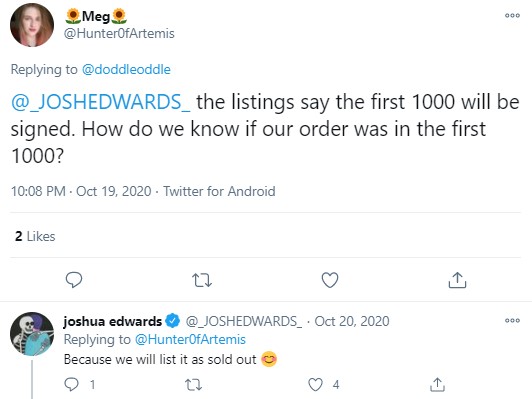 Updates today to the UK store now show the signed items with a Dodie signature on them. Thinking they wouldn't have changed the images if the signed things were sold out.

Thanks for the info and the updates! I think they didn't market it very well in the first place since she's not that big of a name yet and many people would've been put off by the phrasing.

Yeah, a number of fans had seemed to be a bit hesitant. Though they were less so after Dodie posted a couple videos on Twitter and Insta going through the merch.

She's an interesting one - I think one of those artists/personalities who's better known in the UK. I didn't even notice this before, but she has over a million followers on both Twitter and Instagram, which is quite a feat. I know she's not in the same league as Taylor or Billie as far as overall popularity, but I was really surprised this stuff wasn't selling faster. She does seem to have a pretty fervent fan base, numbers aside.

I noticed this! The US store doesn’t show the signature on the product but is still listed as a “limited signed vinyl” and it hasn’t been marked as sold out (unlike the UK store), but I assume this one is signed too if it’s listed as such.

I’m buying it soon from the US since the UK ran out of stock but I’m worried these American ones won’t be signed. (Solely because the signature doesn’t VISUALLY appear on the product despite the item description).

Do you think the US ones will be signed too?

I think the American ones will be fine. The US store never really got around to adding the signature image, but that doesn't mean much I don't suppose.

Nice catch too - looks like the UK Deluxe vinyl was the first to officially sell out.

If she's signing 10,000 items this week, that would be about right:

Dodie did "true or false" questions on Instagram a little while ago, and this one came up. 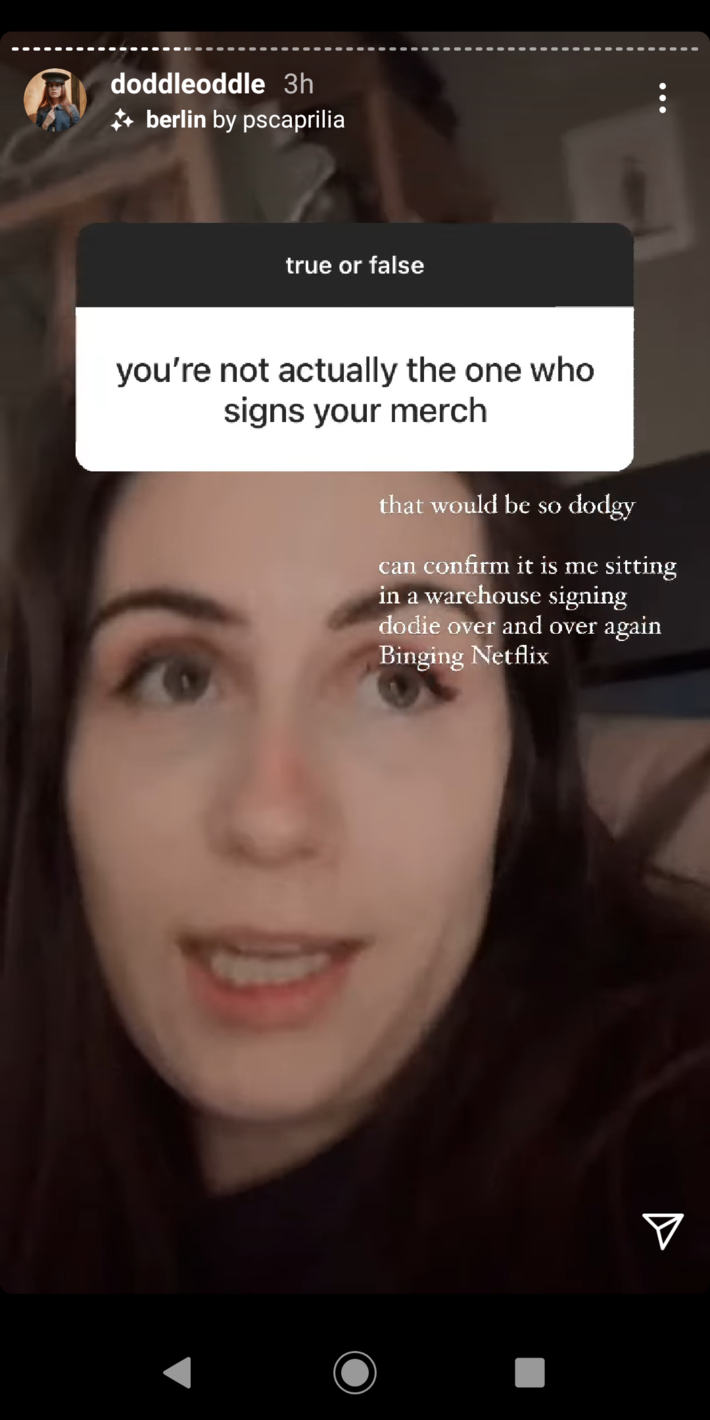