GUNSMOKE ran from 1955-1975 making it the longest running hour long television show. The first episode was introduced by none other than John Wayne. The actor chosen to play the title role was James Arness who had appeared in many movies including some with John Wayne. Arness was not yet a star though but the show would soon make him one. Gunsmoke was already a hit radio show with William Conrad voicing the lead character "Matt Dillon." This was still early for television and the radio would continue to air until June 11, 1961. The original three main characters of the television show were James Arness as Matt Dillon, Amanda Blake as Miss Kitty, Milburn Stone as Doctor "Doc" Adams and Dennis Weaver as Chester. Later Chester was replaced by Ken Curtis as Festus. Those five were the major stars of the show. Major supporting roles included Bert Rumsey as the first bartender Sam Noonan, Glenn Strange replaced Rumsey, Roger Ewing as Thad, Buck Taylor as Newly and Bert Reynolds as Quint the blacksmith. Other supporting roles included Ted Jordan as Burke, James Nusser as Louie the town drunk, Dabbs Greer as Mr. Jonas, George Selk as Moss Grimmick plus too many more to mention. Jordan is the man who gets shot in every color episode opening. He also wrote a tell all book about his romance with Marilyn Monroe.

Gunsmoke is one of those shows that is impossible to collect everyone since so many are hard to find. I have myself settled for the top five plus Glenn Strange all of those did over 230 episodes no others matched that. I have scores of others that were in Gunsmoke but long ago gave up on concentrating on it. Without doubt it is my favorite television western and I watch it over and over. As a boy watching every Saturday I was sure that Matt was a goner since the bullet was also next to the spine! The real Matt Dillon I have always assumed died of lead poisoning while Festus and Newly likely of fractured skulls from being knocked out so many times. My favorite episode of all time was "The Snow Train" a two part episode. If there was a western star that did not appear on Gunsmoke it is probably because they were on Bonanza or Big Valley. A sad fact that so few young people today know about those shows let alone ever watch them.

James Arness in talking about the show stated his character "Matt Dillon" hated violence of any kind. This may be a surprising statement for the star of a western but it is absolutely true. Dillon never shot a man unless forced into and as Arness said there was always a reaction shot of him with a look of being repulsed by the fact he had to kill a man. Matt Dillon was not a "Dirty Harry" he did not want any one to make his day by drawing on him. He was a honest peace officer in the strictest sense of the word. Gunsmoke was called the first "adult" western and watching it today there are so many things I missed as boy. I will add that the best villain that ever appeared in an episode was Bette Davis! She is absolutely frightening in it.

The number of episodes a person appears is not always a good indication of what to collect but in the case of Gunsmoke it is a good start. The numbers are from internet movie database and include a few episodes that the person is credited but did not appear in. Buck Taylor with 174 and Ted Jordan with 131 were the only ones to reach 100 episodes other than bit players. Honorable mention needs to be made to Pat Hingle who took over the major role as "Dr. John Chapman" who filled in for "Doc" for six episodes in 1971 when Milburn Stone had surgery. For my own personal collection I consider the must have autographs to be the following with the disclaimer that Rumsey, Reynolds, Ewing and Taylor are also important.

I suppose the last thing I need to do is add another discussion no one much is interested in but here I go...

JAMES ARNESS (1923-2011) is best remembered for two very different roles "Matt Dillon" and "The Thing."  The first role he embraced and loved while the latter he loathed and was a bit embarrassed by.    The Thing From Another World is a classic Sci-Fi movie although he hated the make-up he was forced to wear.  He also appeared in another Sci-Fi classic Them.   Throughout it all it is Gunsmoke that will forever be the legacy of this great American actor.  Gunsmoke lasted a whopping 20 years until it was cancelled.  James Arness is the only actor to play the same starring role for that length of time on a single (non-cartoon) show.

This is a great still of James Arness as "Matt Dilion." JAMES ARNESS this is probably a 70s or 80s signed as "Jim Arness" on blue index card.  Both of mine came from Tom Kramer's Golden Age Autographs. 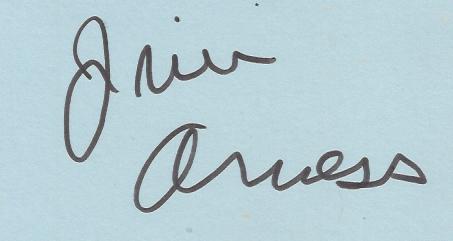 MILBURN STONE (1904-1980) played the feisty "Doc" Adams on Gunsmoke throughout the series run from 1955-1975. Stone had a long career and appeared in scores of B-movies. He also appeared in Sherlock Holmes Faces Death (1943) and the 1949 Charlie Chan movie The Sky Dragon. He is best remembered in the Sci-Fi world for the classic Invaders From Mars in 1953. Stone appeared in the 1947 Abbott and Costello movie Buck Privates Come Home. Horror movies included The Frozen Ghost (1945) with Lon Chaney, Jr. and The Mad Ghoul with George Zucco.

TLS with a very large signature from Milburn Stone thanking a very prominent doctor for sending him a book: 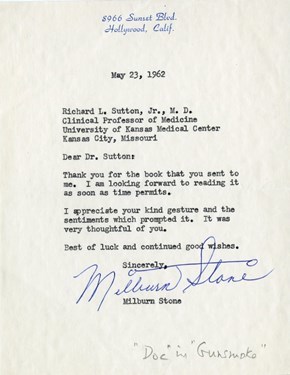 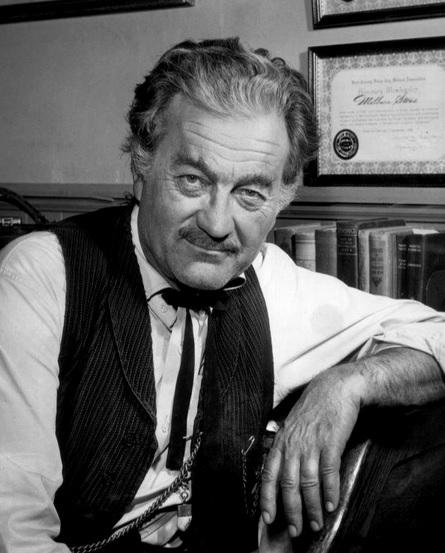 AMANDA BLAKE (1929-1989) will forever be remembered as "Miss Kitty" on Gunsmoke. Blake had other roles in television and movie before and after the show. She appeared as a "Miss Kitty" type on some episodes of the Red Skelton Show. She appeared in the Gunsmoke: The Return to Dodge move in 1987 just two years before her sad and untimely death.

KEN CURTIS (1916-1991) was always a fan favorite as the scruffy mule riding deputy Festus Haggan. Curtis in real life had a beautiful singing voice and was a member of The Sons of the Pioneers. Few would recognize him as the Irish accordion playing tenor singing in the John Wayne movie The Quiet Man. He appeared in other John Wayne movies in a more traditional role being especially notable in The Horse Soldiers. Curtis was the producer of two 1959 horror movies The Giant Gila Monster and The Killer Shrews both have obtained minor cult status. Curtis refused to appear in the 1987 movie Gunsmoke: The Return to Dodge. Curtis was offended at the offer the producer of the movie gave him. The movie certainly would have been benefited from him. After Gunsmoke was cancelled he appeared on the night time western themed soap opera The Yellow Rose from 1983-84. 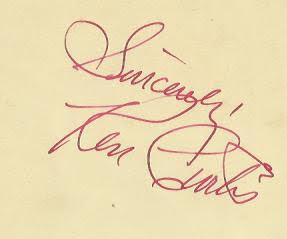 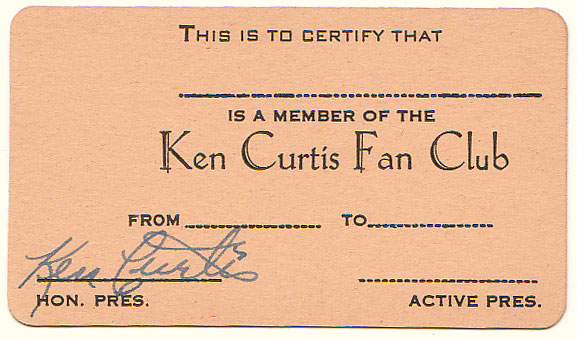 DENNIS WEAVER (1924-2006) is probably better remembered from his own television show McCloud than Gunsmoke. His character Chester on Gunsmoke was one of the favorites and many predicted the end of the show after he left in 1964. Weaver got another show Gentle Ben along with Clint Howard from 1967-1969. He had a great role as cowboy R. J. Poteet in the epic mini-series Centennial in 1978-79. Weaver appeared in The Twilight Zone episode "Shadow Play" in 1961.

Permalink Reply by Christopher Williams on November 16, 2017 at 3:20pm

One of my favs of Dennis Weaver is "Duel."  I love that movie!!!