A cousin of my mother recently passed away.  She once told me that she had met John F. Kennedy at a function in Iowa and at one time had promised to send the item to me.  When contacted by the executor of her estate I mentioned the autograph.  Today I made the nearly 600-mile round trip to pick up various items that were bequeathed to me.  Among the group was the autograph.  I was happy to see that JFK had signed a program from the event and feel that the signature is a fantastic example. Also included with the program was a preprinted letter received from the White House in 1963.   The letter is actually printed on blue paper but for some reason my scanner isn't showing that. 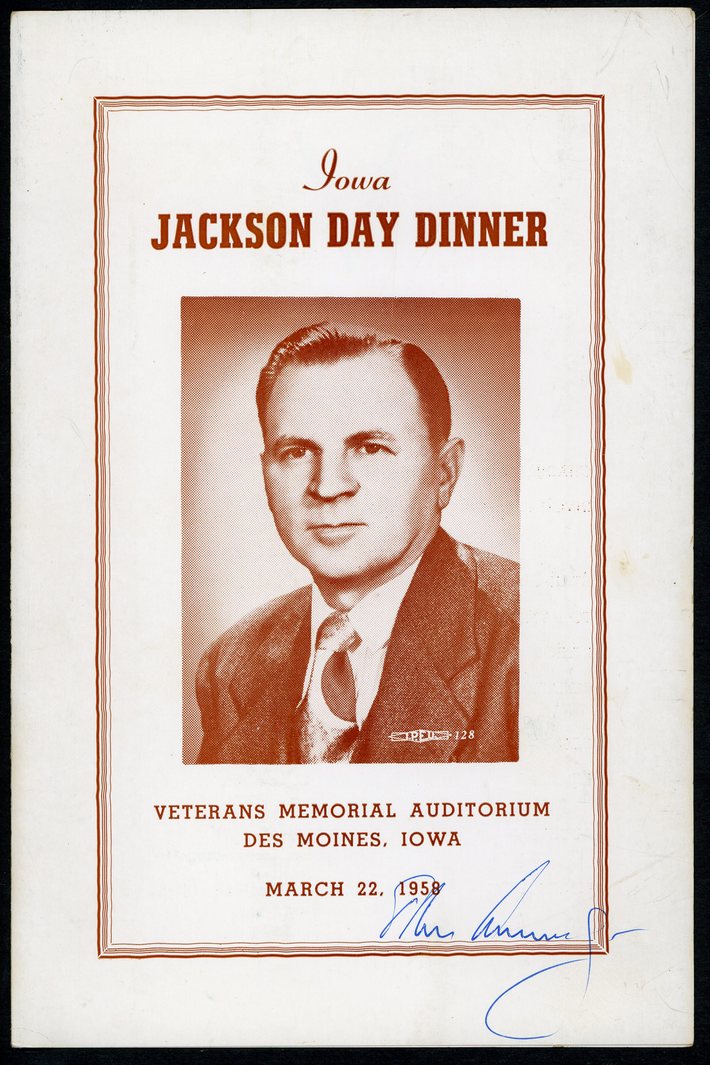 In my opinion, authentic. --- Herman Darvick