What does everyone think? There was a nice long thread about Jackson drawings so gotta be cautious before buying 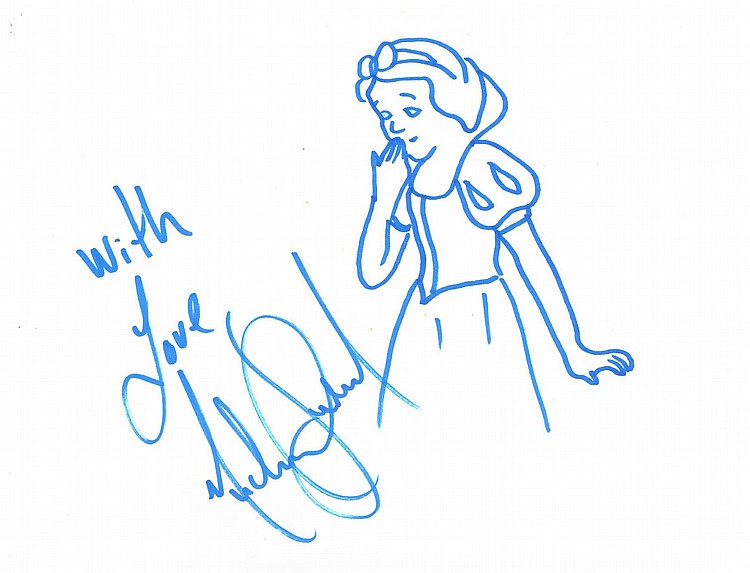 I don't recall Snow White burping in the movie, but this would give me gas, too.

Looking at the drawing of Snow White a little closer, it looks like it was slowly traced, maybe with the help of a projector.

Here are some from the same forger.   This is someone that does pillow cases, t-shirts, drawings, etc.  Same messed up errors in every one of them. 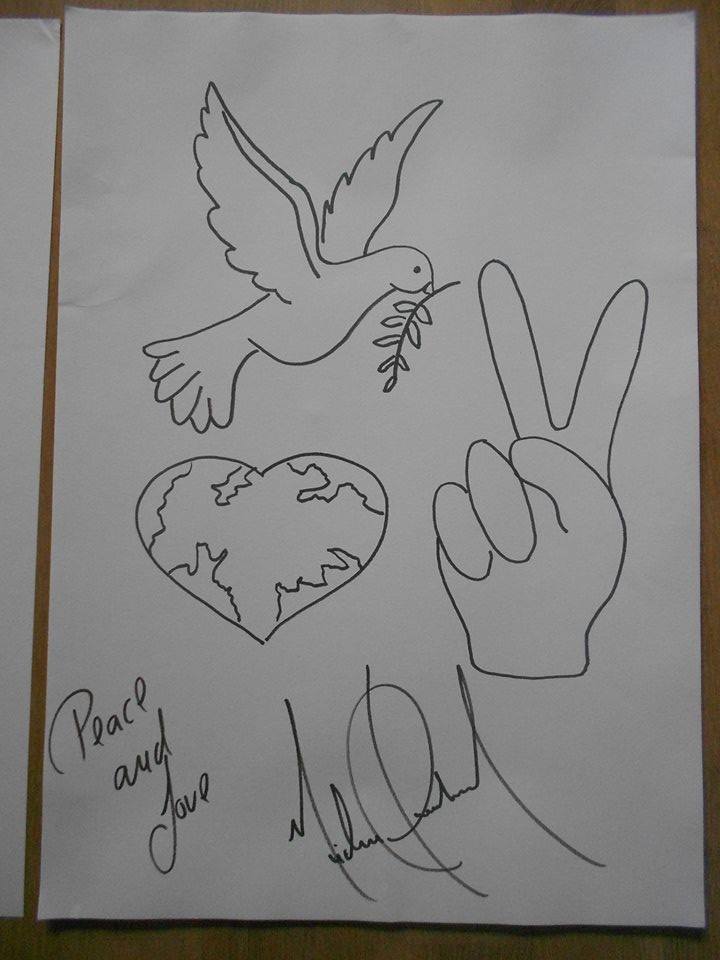 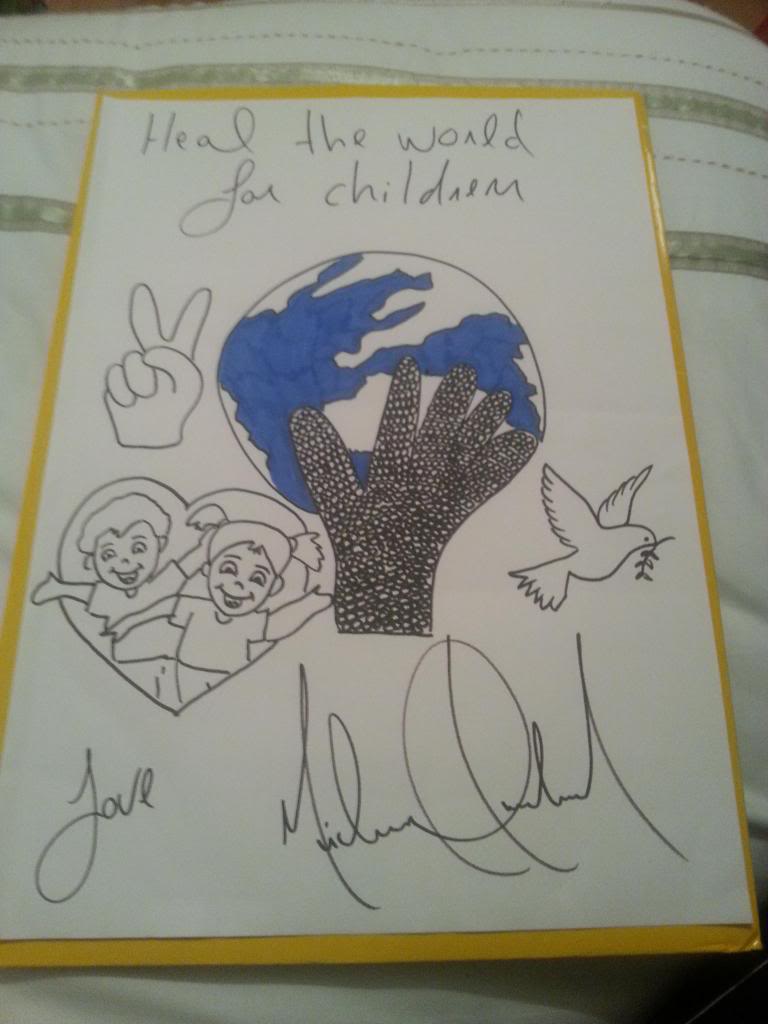 Being a new member to this site. And reading previous comments on Michael Jackson items, I would like to as an American express my free view,

I work for PSA DNA as an authenticator and as we all know most items on eBay are junk. But THE SNOW WHITE DRAWING on auction zip is authenticate and I'd be happy to give a coa on this.

If you study autographs in this style from Michael Jackson you will see they have been sold at Heritage auctions, Juliens auctions, Profiles in History, Bonhams auctions, and they keep getting bought year in year out.

A lot of Michael Jackson items were kept private until after he died and sadly a lot of people are CASHING IN now, but bashing authenticate autographs isn't what we should be doing.

I won't give my free opinion on every lot unless their is a new thread opened for every lot. But again I stress the Snow white drawing from Michael Jackson is authentic.

Do you really work for PSA/DNA?   I ask because you apparently can't even spell "authentic" correctly, which feels more than a little unnerving.

The opinions previously posted are by knowledgeable collectors.  The fact that you are citing Juliens as legit when they were outed for selling loads of forged Jackson merchandise is quite telling.

At this point I don't feel very comfortable with anything signed by Michael Jackson. It is such a shame so many forgeries have been mixed in with authentic examples over the years.

Yes I spelt authentic incorrectly. I realised this after I posted my comments. I am new to this site and as far as I am aware you can't delete things once posted.

Juliens do sell a lot of authentic items or they wouldn't be in business. As do a lot of other auction houses. I do share the believe that a lot of Michael Jackson lots from the past at Juliens aren't authentic but this snow white is authentic. Some of the other pictures aren't later in this post, but Snow white isn't in the same hand.

Michael Jackson like Elvis Presley or The Beatles will forever be mixed up in the game of what's authentic or not. This has been the case for many years with Elvis, and the Beatles. Marilyn Monroe we don't get to see a lot of ones that are similar to her autograph. It is very easy to tell what's a forgery with her items.

But as with every autograph it should be checked by an expert. Michael Jackson's signature varied a lot throughout his life.

P.S. I'm sure you don't want an expert to leave this site. Remember Roger Epperson got sick of the attacks too.

Dan those are all signed by the exact same person.

is this what has come down to in this forum...  trolling?  seriously?  how sad.

Joe Orlando of PSA/DNA said that all of their consultants are listed on their website and you are not one of them. They haven't heard of you. Can you explain that please?