He's actually signed these -- no stamps!

Shipping in December but it will probably sell out if you wait till then.

Great call, Andy! Despite the low initial price point of £399, I only purchased one copy but happy to see the excess demand. My copy just left Germany yesterday.

Thanks. I am not a seller, but he’s my all time favorite. And after I bought the initial one for my own,  I started to think about it because he seems to be really valuable and sought after, I convinced myself to do it to make a little money and as sort of an investment. I got them when they were at the lowest price point, too. Heck I think I paid for them almost a year ago.

While the delay was a little discouraging, it seems that they were continually enhancing the edition.  I have Beck and Clapton from Genesis and this looks a lot nicer.

Agreed. The wait was a pain. But tracking said mine should be here Tuesday, so I’ll be happy to them! 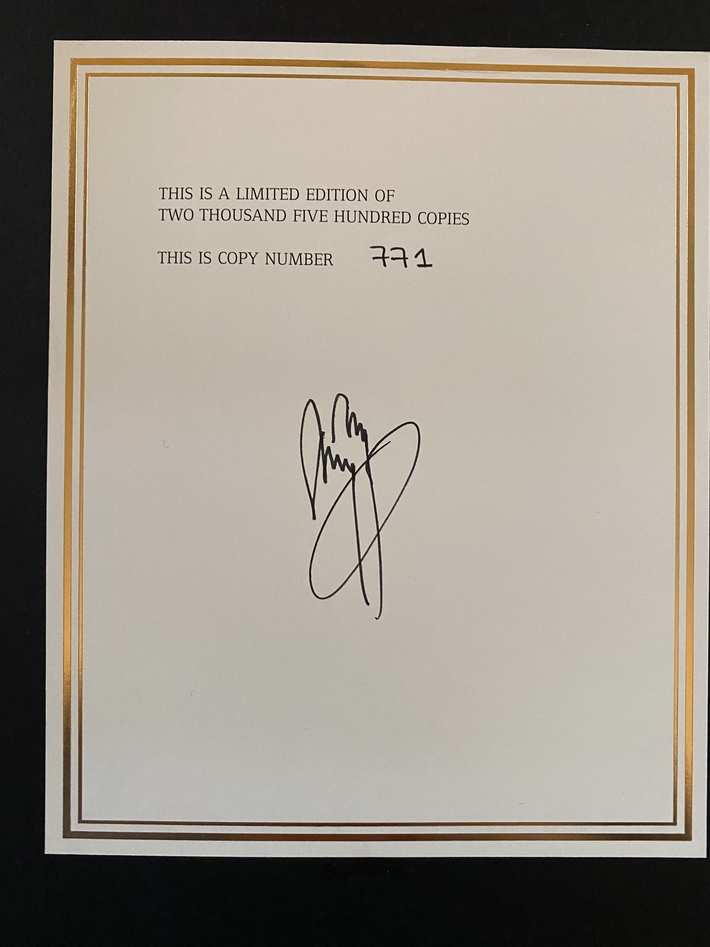 That’s lovely. Still no confirmation for U.K. postage yet.

I'm a little upset with myself for not ordering one of these when I had the chance.  As much as I love Jimmy/Zep, I couldn't justify spending that much.  However, the more I've thought about it...darn I should have!  It's something I would treasure.  Oh well, maybe a few copies might pop up again on their website and I'll pounce.

Speaking of Jimmy Page autographs, I figure this might be as good a place as any to post this.  I actually did have (what I thought) was an authentic autographed Page photo.  I purchased it back in the mid-90s from an autograph company that advertised in Goldmine magazine.  Think I paid $50 or $60 for it, which was a lot for a high school kid at the time.

For years it hung proudly on my wall.  Never gave it a second thought that it might not be real....until I started seeing other examples of his sig online.  Then it dawned on me "Wait a minute, mine looks nothing like that".  Eventually got in contact with Rick Barrett (Zep memorabilia dealer) and sent him a photo.  Got back the bad news.  Doh! Not only was mine fake, but laughably fake.  Later found out that the company I purchased it from was a huge scam and got sued (CPG Direct).

Anyway, I've had it forever and keep it around for nostalgic reasons, as well as a word of warning to be more careful when it comes to autographs. 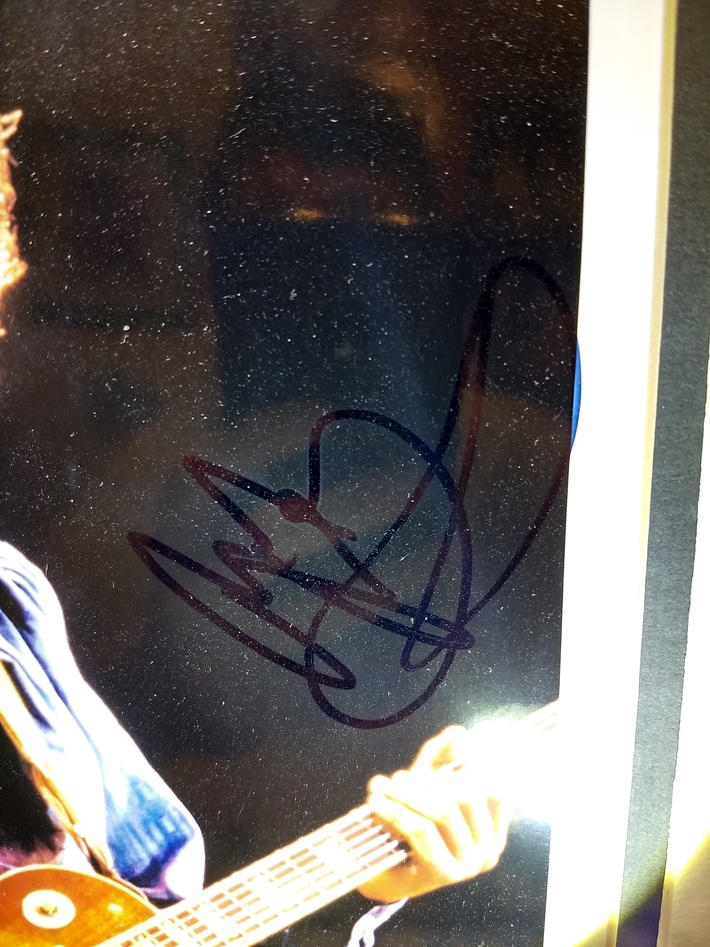 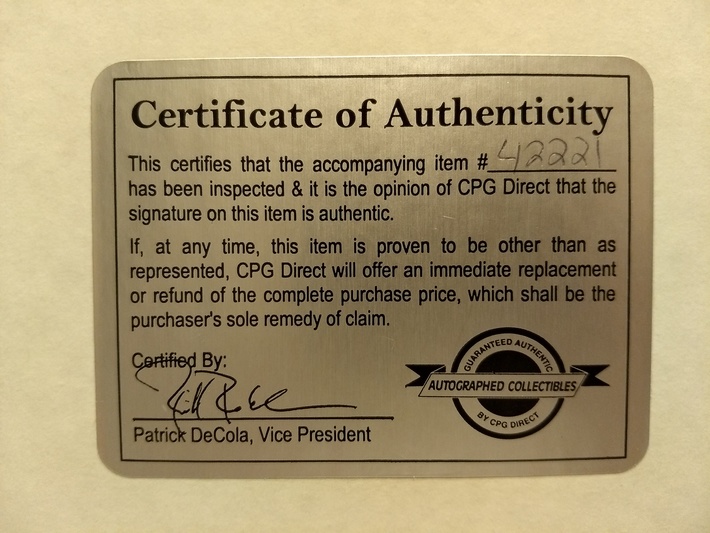 Jamie, I’ll have one for sale probably in the next month or so - sooner depending on when it may arrive. However, I don’t know what your budget will be. But I can also say based off what I’ve seen the couple already posted on eBay listed at, I can probably do way better than those prices when the time comes.

Thanks for the reply!  Think I'd only be interested at the retail price.  However, totally understand if you can sell it elsewhere for more (I'd probably do the same).